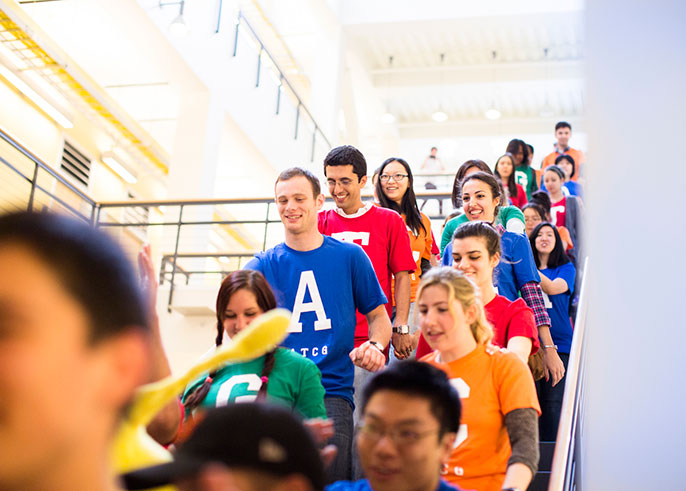 A culture of diversity at UC Santa Cruz, as well as at UCLA, UC San Francisco and UC Santa Barbara, earned the campuses HEED awards from Insight Into Diversity magazine.

The University of California's commitment to diversity among students, faculty and staff continues to attract nationwide recognition: Several campuses and programs have been lauded by institutions ranging from media to the White House.

UCLA and Santa Cruz are new to the HEED list; San Francisco and Santa Barbara have been HEED award recipients since 2012.

The award is an honor and the result of a collaborative campus process, said Sheree M. Marlowe, UC Santa Cruz's campus diversity officer for staff and students.

"When drafting this award, I was amazed at the great people, units and programs we have on our campus from outreach efforts in admissions, student-initiated outreach, our resource centers, diversity in STEM programs, the black experience team, a mentoring program for faculty, our diversity and inclusion certificate program, and more," Marlowe said. "I'm proud to be at UCSC and look forward to continuing the work to advance diversity and promote a healthy campus climate."

The White House Initiative on Educational Excellence for Hispanics named UC Riverside and individual programs associated with campuses and the UC system as "Bright Spots" in Hispanic Education. The announcement coincides with the launch of Hispanic Heritage Month and in honor of the initiative’s 25th anniversary.

In two separate entries, UC Riverside is being honored for its student success efforts with the College of Natural and Agricultural Science’s freshman learning communities, as well as for its ethnic parity in campus graduation rates.

“We have taken a look at results and our first year learning communities have boosted grade point averages and retention so much that we are now seeing twice as many science students, including Hispanic students, staying and graduating from the college,” said Michael McKibben, divisional dean of student academic affairs in the College of Natural and Agricultural Sciences.

On a larger scale, the campus’s graduation rates surpass the national average. The national six-year graduation rate is 41 percent for Latinos and 50 percent for whites, resulting in a 9 percent graduation gap. However, at UC Riverside, there is virtually no graduation gap: Graduation rates from 2004-2012 show that Hispanic students graduated at a higher rate than white students – 3 percent higher. UC Riverside's suite of academic and advising programs targeted at low-income, first-generation students, its campuswide commitment to student success, and a culture that accepts and encourages minority participation at all levels of campus life creates a positive learning environment for students.

California is home to approximately 2.5 million undocumented immigrants — more than any other state. Many who were brought into the country as children now find themselves encountering significant barriers as they pursue higher education. The UC Undocumented Student Legal Services Center reaches out to such students at UC campuses without law schools — UC Merced, UC San Francisco, UC Santa Cruz, UC Santa Barbara, UC San Diego and UC Riverside — to provide legal assistance free of charge.

The TEEL project focuses on the preparation of pre-service and experienced teachers to teach STEM subjects to Hispanic English learners in California, Texas and Arizona by integrating the teaching of academic language and literacy development into contextualized instruction in science and mathematics. Trish Stoddard, a professor at UC Santa Cruz, is the research group's principal investigator.

The Puente Program in the Corona-Norco Unified School District is part of the broader Puente Project, launched in 1981, that has improved the college-going rate of tens of thousands of California's educationally underrepresented students.