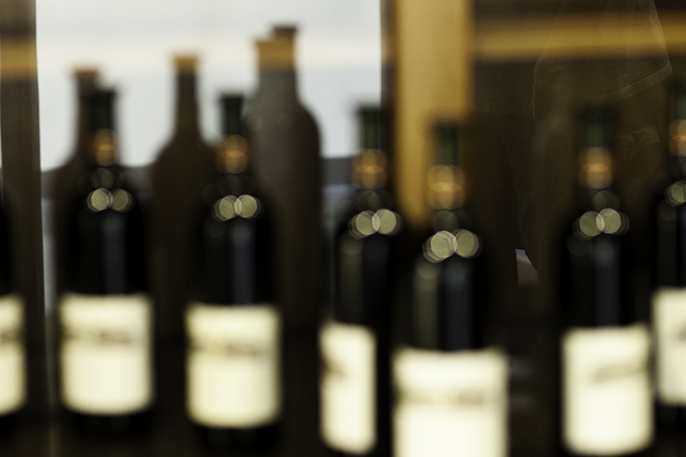 California’s wine industry will continue to split most of its sales above and below the $10-dollar-per-bottle mark, enjoying a rise in overall consumption and a growing emphasis on premium, rather than economy, wines, reported wine industry leaders surveyed by UC Davis.

Challenges remain in the form of consolidation in the distribution and retail arms of the industry as well as in water and other environmental issues, the survey respondents said.

These and other findings from two surveys of wine executives and industry professionals will be reported at 9 a.m. Sept. 22, during the Wine Industry Financial Symposium at the Napa Valley Marriott in Napa.

“The good news is that as consumers become more knowledgeable about wine, they are trading up for premium wines and pulling the entire wine market up with them,” said Robert Smiley, professor and dean emeritus of the UC Davis Graduate School of Management.

“This means that, more than ever, competing wineries need to be investing in their quality lines and in branding,” Smiley said. He noted that this could be challenging for some companies because the cost of land and grapes is now higher than ever, partly due to a recent wave of outside investors that have set their eyes on the wine industry.

The results from both of the surveys are available at http://bit.ly/1Kr0pSZ.

The 13th annual wine executives survey reflects the opinions and projections of the heads of 24 wine companies. Those firms include 18 California wine producers, one Washington state producer, four wine marketers and one vineyard-investment company.

Most of the executives surveyed noted a definite “premiumization” trend among wine consumers, who are buying more of their wines above the $10-per-bottle price point.

Consolidation among distributors and retailers

The wine executives expressed concern about the effects of continued consolidation among wine distributors and retailers.

Following the federal repeal of Prohibition in 1933, state-by-state regulations generally require that wine move through three tiers on its way from the vine to the consumer. Grape growers and wineries make up the first tier, wholesale importers and distributors the second, and restaurants and retail stores are the third tier. Direct-to-consumer wine shipments have presented an alternative, although relatively minor, way for producers and consumers to connect.

Recent years have seen increasing consolidation in tiers two and three, creating greater competition among wine producers as they jockey for shelf space in retail outlets. With continued consolidation into fewer chains, some wine executives reported that it was becoming more difficult to place all of their brands in stores, especially for smaller producers.

“We grew up in an age where we worried that the manufacturers had monopoly power,” said one respondent. “Today, monopoly power is at the retailer. Now they are doing private labels that are disenfranchising our national brands.”

The wine industry also will face continued challenges related to environmental issues, the executives predicted. As winery footprints expand and intensify the impacts on water resources, air quality, traffic and the surrounding communities, it will likely be more difficult to produce grapes and wine, many said.

In the second survey, Smiley and colleagues gathered projections from 187 California wine professionals. Fifty-six percent of the respondents were wine grape growers or wine producers. Thirty-nine percent of the respondents were located in the Napa Valley, 25 percent in Sonoma, and 10 percent each in the Central Coast and North Coast, while the rest were from the Central Valley or elsewhere in California.

When asked how consumers have changed in the past two years, 48 percent of them agreed that wine buyers are increasingly seeking unique experiences. They also noted that consumers tend to be trading up in the value of wines they are buying, using social media to make more of their purchases, trying new varietals and tastes, and looking for authenticity in their wines.

The responding professionals projected that over the next two years the strongest sales of red wines would be in cabernet sauvignon, pinot noir and red blends. They predicted that the strongest white varietals will be chardonnay, sauvignon blanc and pinot grigio.

During that time, the $14- to $20-per-bottle price range will demonstrate the strongest sales, they said.

Information about the UC Davis Graduate School of Management is available at http://gsm.ucdavis.edu.

For the past 16 years, the Graduate School of Management and Department of Viticulture and Enology have partnered on the UC Davis Wine Executive Program, an executive education program that blends the business and science of winemaking. The next program will be held March 20-24, 2016, at UC Davis.