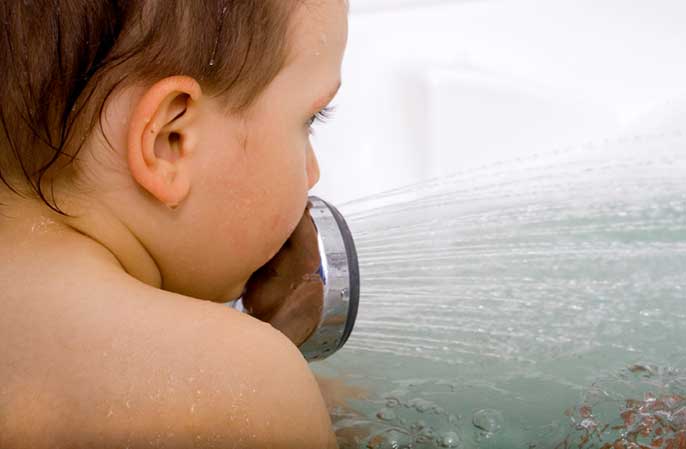 UC Irvine researchers are hopeful that they've discovered a reliable biomarker for diagnosing certain forms of autism and a potential therapeutic target.

By identifying a key signaling defect within a specific membrane structure in all cells, University of California, Irvine researchers believe, they have found both a possible reliable biomarker for diagnosing certain forms of autism and a potential therapeutic target.

This IP3R functional defect was located in the endoplasmic reticulum, which is among the specialized membrane compartments in cells called organelles, and may underpin cognitive impairments — and possibly digestive and immune problems — associated with autism.

“We believe this finding will be another arrow in the quiver for early and accurate diagnoses of autism spectrum disorders,” said Gargus, director of the Center for Autism Research & Translation and professor of pediatrics and physiology & biophysics. “Equally exciting, it also presents a target of a molecular class already well-established to be useful for drug discovery.”

Autism spectrum disorder is a range of complex neurodevelopmental disorders affecting 2 percent of U.S. children. The social and economic burden of ASD is enormous, currently estimated at more than $66 billion per year in the U.S. alone. Drug development has proven problematic due to the limited understanding of the underlying causes of ASD, as demonstrated by the recent failure of several much anticipated drug trials.

There also are no current, reliable diagnostic biomarkers for ASD. Genetic research has identified hundreds of genes that are involved, which impedes diagnosis and, ultimately, drug development. There simply may be too many targets, each with too small an effect.

Many of these genes associated with ASD, however, have been found to be part of the same signaling pathway, and multiple defects in this pathway may converge to produce a large functional change.

The UC Irvine scientists detected such a convergence in the IP3R calcium channel in an organelle called the endoplasmic reticulum. Organelles are membrane structures within cells with specialized cellular functions. According to Gargus, diseases of the organelles, such as the ER, are an emerging field in medicine, with several well-recognized neurological ailments linked to two other ones, the mitochondria and lysosomes.

The IP3R controls the release of calcium from the ER. In the brain, calcium is used to communicate information within and between neurons, and it activates a host of other cell functions, including ones regulating learning and memory, neuronal excitability and neurotransmitter release — areas known to be dysfunctional in ASD.

“We propose that the proper function of this channel and its signaling pathway is critical for normal performance of neurons and that this signaling pathway represents a key ‘hub’ in the pathogenesis of ASD,” said Parker, a fellow of London’s Royal Society and UC Irvine professor of neurobiology & behavior, who studies cellular calcium signaling.

To see if IP3R function is altered across the autism spectrum, clinical researchers at the Center for Autism & Neurodevelopmental Disorders — which is affiliated with the Center for Autism Research & Translation — are currently expanding the study and have begun to examine children with and without typical ASD for the same signaling abnormalities. These patients undergo complete behavioral diagnostic testing, and sophisticated EEG, sleep and biochemical studies are performed. This includes the sequencing of their entire genome. Also, skin cell samples are cultured and made available to lab-based researchers for functional assays.

In the area of drug discovery, scientists at the Center for Autism Research & Translation continue to probe the IP3R channel, specifically how it regulates the level of neuron excitability. The brains of people who have autism show signs of hyperexcitability, which is also seen in epilepsy, a disorder increasingly found to be associated with ASD. Cells from individuals who have autism exhibit depressed levels of calcium signaling, and this might explain why these patients experience this hyperexcitability. By restoring the release of calcium from the IP3R, the researchers believe, they can apply a “brake” on this activity.

Galina Schmunk, Bryan Boubion and Ian Smith of UC Irvine contributed to the study, which received support from the National Institutes of Health (grants GM048071 and GM1000201) and the William & Nancy Thompson Family Foundation. The discovery is being patented by the University of California as a diagnostic tool and for identifying potential therapeutic agents.