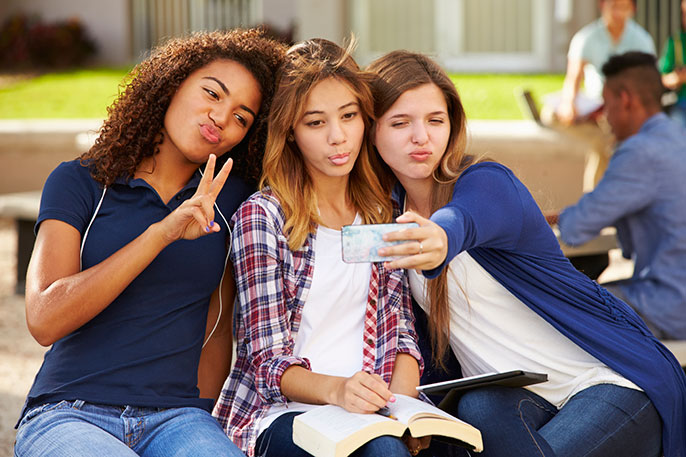 UC San Diego will spearhead a comprehensive study of the adolescent brain, starting at the tween years and progressing through the following decade.

Principal investigators at UC San Diego will be:

A cross-disciplinary team of University of California, San Diego social and medical scientists will lead an ambitious, longitudinal national study to probe the mysteries of the adolescent brain.

The national team will seek answers to questions ranging from the origins of resilience and creativity to identifying biological and behavioral factors that put some youth at increased risk of mental, emotional and academic dysfunction. The effects of substance use on the still developing teenage brain will be a particular focus of the study.

More than 10,000 children between the ages of 9 and 10 will be enrolled at 20 research institutions across the country and followed for 10 years. The Adolescent Brain Cognitive Development — ABCD — Study was initiated by the Collaborative Research on Addiction at NIH (CRAN), a consortium of institutes that include a focus on addiction research, but several other institutes will contribute as well. The costs for the first five years of the study, distributed across the national consortium, are expected to be about $150 million, and total awards to UC San Diego over that period are expected to exceed $32 million.

UC San Diego was selected to lead the ABCD consortium in a national competition involving dozens of academic institutions. Two central components — the Coordinating Center and the Data Analysis and Informatics Center — and a major data collection hub will be located at UC San Diego.

“This landmark study reflects UC San Diego’s strength in multidisciplinary approaches to questions of national importance,” said UC San Diego Chancellor Pradeep Khosla. “These national leaders will coordinate a broad network of scientists around the country, all of whom are focused on new ways to understand and support successful development of our youth.”

The ABCD study will be unprecedented in scope, monitoring and investigating participants’ cognitive, intellectual, social and emotional functions; physical health; education; recreational experiences; and biological and functional maturation of their brains. Novel mobile and web-based technologies will be employed to observe development as closely, but as unobtrusively, as possible.

To help manage the study, UC San Diego plans to create a new cross-division center focusing on child and adolescent neurodevelopment. It will involve researchers from the departments of cognitive science, psychology, psychiatry, neurosciences, radiology, bioengineering, Calit2, family medicine and public health, sociology and political science, with many of the scientists cross-trained in several disciplines.

"We are excited that UC San Diego will coordinate this unprecedented study including premier research institutions across the nation,” said Sandra Brown, vice chancellor for research. “Working together and using new assessment technologies, this diversified team of scientists will answer important questions about brain and behavior development through adolescence and into young adulthood. Our findings can lead to novel approaches to education as well as new types of interventions for common problems emerging during adolescence."