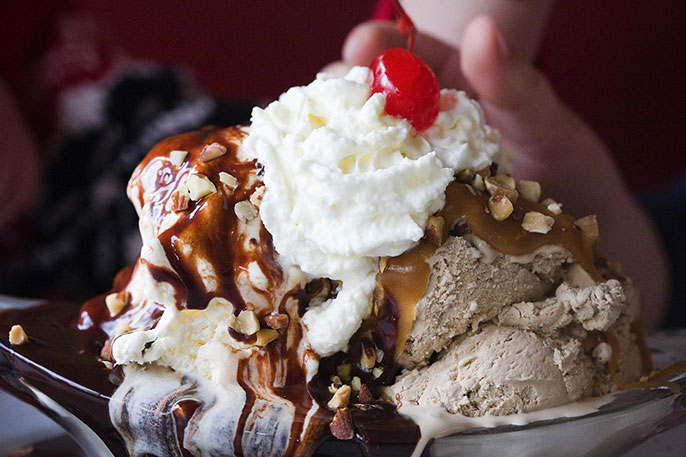 Foods high in processed fructose have been shown in rats to interfere with the brain’s ability to heal itself following traumatic brain injury.

Revealing a link between nutrition and brain health, the finding offers implications for the 5.3 million Americans living with a traumatic brain injury, or TBI. According to the Centers for Disease Control and Prevention, an estimated 1.7 million people suffer a TBI each year, resulting in 52,000 annual deaths.

“Americans consume most of their fructose from processed foods sweetened with high-fructose corn syrup,” said Fernando Gomez-Pinilla, a professor of neurosurgery and integrative biology and physiology at UCLA’s David Geffen School of Medicine. “We found that processed fructose inflicts surprisingly harmful effects on the brain’s ability to repair itself after a head trauma.”

Fructose also occurs naturally in fruit, which contains antioxidants, fiber and other nutrients that prevent the same damage.

In the UCLA study, published today in the Journal of Cerebral Blood Flow and Metabolism, laboratory rats were fed standard rat chow and trained for five days to escape a maze. Then they were randomly assigned to a group that was fed plain water or a group that was fed fructose-infused water for six weeks. The fructose was crystallized from corn in a dose simulating a human diet high in foods and drinks sweetened with high-fructose corn syrup.

A week later, the rats were anesthetized and underwent a brief pulse of fluid to the head to reproduce aspects of human traumatic brain injury. After an additional six weeks, the researchers retested all the rats’ ability to recall the route and escape the maze.

The scientists discovered that the animals on the fructose diet took 30 percent longer to find the exit compared to those that drank plain water.

Fructose's affect on the brain

The UCLA team found that fructose altered a wealth of biological processes in the animals’ brains after trauma. The sweetener interfered with the ability of neurons to communicate with each other, rewire connections after injury, record memories and produce enough energy to fuel basic functions.

“Our findings suggest that fructose disrupts plasticity — the creation of fresh pathways between brain cells that occurs when we learn or experience something new,” said Gomez-Pinilla, who is a member of the UCLA Brain Injury Research Center. “That’s a huge obstacle for anyone to overcome — but especially for a TBI patient, who is often struggling to relearn daily routines and how to care for himself or herself.”

Earlier research has revealed how fructose harms the body through its role in contributing to cancer, diabetes, obesity and fatty liver. Gomez-Pinilla’s study is the latest in a UCLA body of work uncovering the effects of fructose on brain function.  His team previously was the first to identify the negative impact fructose has on learning and memory.

“Our take-home message can be boiled down to this: Reduce fructose in your diet if you want to protect your brain,” Gomez-Pinilla stressed.

Sources of fructose in the western diet include honey, cane sugar (sucrose) and high-fructose corn syrup, an inexpensive liquid sweetener. Made from cornstarch, the liquid syrup is widely added as a sweetener and preservative to processed foods, including soft drinks, condiments, applesauce and baby food.

The average American consumed roughly 27 pounds of high-fructose corn syrup in 2014 — or just shy of eight teaspoons per day, according to the U.S. Department of Agriculture. That’s a drop from a decade ago, when Americans consumed more than 36 pounds of the syrup per year.

The work was funded by grants from the National Institute of Neurological Disorders and Stroke (NS050465) and the National Center for Research Resources (NCRR S10RR026744).