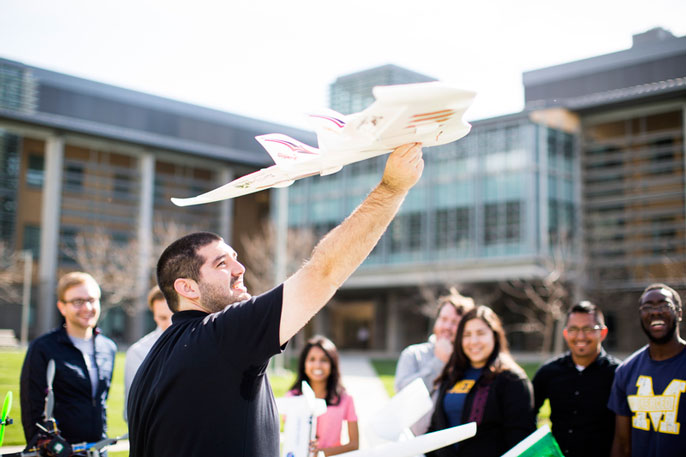 UC Merced, which opened in 2005 and now ranks No. 78 among all public universities in the nation, according to U.S. News and World Report.

Of the nation’s 10 best public universities, six are University of California campuses, according to U.S. News and World Report’s 2017 rankings, released today (Sept. 13).

U.S. News and World Report issues its list of the best American colleges and universities each fall. The magazine assesses academic reputation and outcomes, with graduation and retention carrying the most weight in its methodology. The top schools all have high graduation rates and strong rates of freshman retention.

“Once again, University of California campuses are named among the best public universities in the nation,” said UC President Janet Napolitano. “That six of our campuses are in the top 10 reflects the commitment to excellence found among our students, faculty and staff systemwide. These rankings capture what we already know – UC students obtain a world-class education at a great value.”

In addition to standing out among public universities, UC campuses also performed well on the overall list that includes both public and private universities. Every one of UC’s undergraduate campuses made the cut, including UC Merced, which opened its doors in 2005.

The magazine rated UC Merced No. 78 among public schools and No. 152 overall in the “National Universities” category, which evaluates major institutions with national reach, advanced degree programs and deep commitments to research.

“Earning a spot among the nation’s most highly regarded colleges and universities is an enormous honor and a tribute to the trailblazing faculty, staff and students who have brought us so far in such a short period of time,” UC Merced Chancellor Dorothy Leland said. “UC Merced has emerged as the next great research university in the most respected and accomplished public university system in the world.”

The rankings are the latest in a series of accolades that recognize not just UC’s academic excellence, but also its commitment to serving the public interest and promoting social mobility.

In its assessment of which top U.S. colleges did the most for low-income students, it found that six of the top seven in the country were UC campuses.