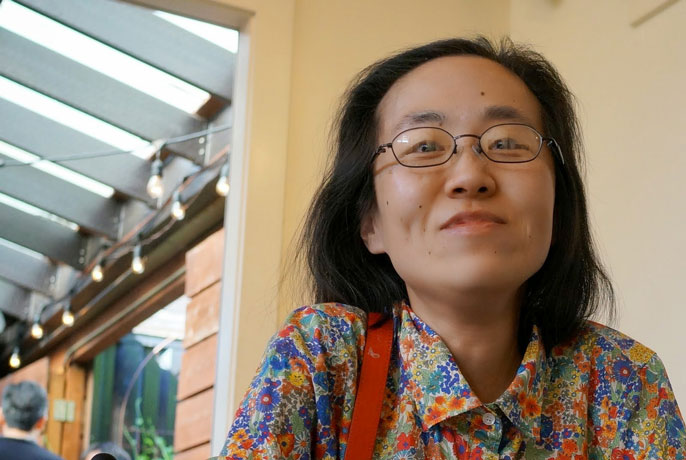 Wong works at the Community Living Policy Center, a rehabilitation research and training center housed at the Institute for Health & Aging at the UCSF School of Nursing.

“Disability history and culture isn’t recognized or documented in our society, and yet we’re everywhere,” said Wong, who has spinal muscular atrophy. “You just have to notice.”

Wong is being honored for her work in creating and managing the Disability Visibility Project (DVP), which she launched in 2014, ahead of the 25th anniversary of the Americans with Disabilities Act of 1990. DVP is an online community resource dedicated to documenting the stories of people with disabilities.

Originally intended to be a yearlong project, DVP continues to thrive in an ongoing community partnership with the national oral-history organization StoryCorps. Participants are encouraged to create and share their own stories to document their lives and what matters to them, without any editing or interference. DVP also creates an online space where people can come together and have thoughtful conversations via Facebook and Twitter.

A leader on disability rights and empowerment

“When I grew up as an Asian-American disabled girl, I never saw any role models or people like me in popular culture,” said Wong. “The DVP allows all people to tell their stories on their own terms without the filter of the media. This is incredibly important and empowering for marginalized communities.”

The award comes with $7,500 earmarked for pursing initiatives that increase the political and economic power of people with disabilities. Wong said this funding will allow her to post more than 100 oral histories, making the stories publically available in short audio and text clips as a historic, educational and advocacy resource.

“This award is a huge honor,” she said. “It means a lot that AAPD is recognizing an online community that’s driven and embraced by people with disabilities.”

As a graduate student in sociology at UCSF in the late 1990s, Wong was part of a small group of disabled students, staff and faculty who became part of the institutional history of UCSF. Two pharmacy students and one medical student established the first disability-related registered campus organization called the Disabilities Interest Group, which Wong joined in its first year. She became one of their student leaders and part of the effort that established the current UCSF Committee on Disability Issues.