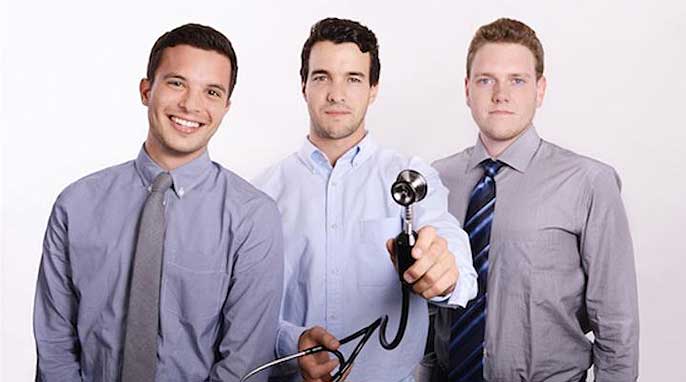 A digital stethoscope startup founded by three young UC Berkeley graduates and nurtured by Skydeck, the campus accelerator, has won federal permission to enter the market.

The Core is the only digital stethoscope on the market that can wirelessly stream heart sounds to a privacy-compliant smartphone app and the first to integrate heart sounds directly into a patient’s electronic health record, according to the 2-year-old Berkeley-based company.

Eko was founded by three Berkeley alumni who met as students: CEO Connor Landgraf was studying biomedical engineering, CTO Tyler Crouch were studying mechanical engineering and COO Jason Bellet was a business administration student. They are the youngest team to receive FDA clearance for a Class II medical device.

FDA clearance means that the Eko device is now available to all clinicians. It lets doctors switch between digital and analog modes and, through the Bluetooth-enabled app, lets them view a heart sound’s wave form. The interface meets the federal HIPAA patient privacy standard, and allows doctors to collaborate securely, according to the company.

UCSF’s Department of Cardiology is leading Eko’s ongoing clinical trial, and Stanford’s Department of Medicine will be the first institution in the country to distribute the Core to its internal medicine residents as part of an institutional pilot, the company announced.