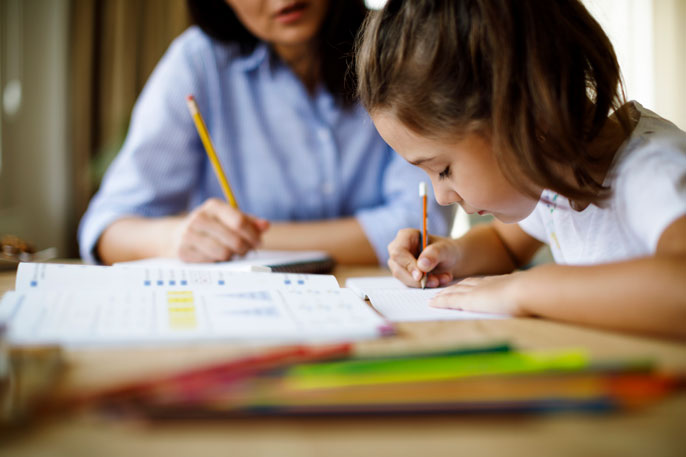 A gene linked to Alzheimer’s disease may impact cognitive health much sooner than previously realized.

The APOE gene creates a protein, apolipoprotein E, which packages cholesterol and other fats to transport them through the bloodstream. There are three versions, or alleles, of APOE. One of those is the APOE4 allele, present in about 15 percent of the population. APOE4 carriers are up to three times more likely to develop late-onset Alzheimer’s disease, which occurs in people 65 and older.

It’s been demonstrated the gene is linked to changes in cognitive ability that are noticeable as early as one reaches his or her 50s. But new research from Chandra Reynolds, a professor of psychology at the University of California, Riverside, and her colleagues holds that APOE4 starts manifesting signs of cognitive difference much earlier — before adulthood.

In the journal Neurobiology of Aging, Reynolds asserts that those carrying the APOE4 gene score lower on IQ tests during childhood and adolescence. And the effect is stronger in girls than in boys.

The study involved analysis of three to four decades-old studies, the Colorado Adoption Project and the Longitudinal Twin Study, that included genotyping data from 1,321 participants when they were 6 1/2 to 18 years old. Gender among participants was split almost evenly, and 92 percent of the participants were white, with 8 percent from other races. The findings are based on three IQ assessments between childhood and adolescence.

The IQ difference seems small. But long-term, Reynolds said the findings can mean reduced cognitive reserve as the APOE4 carrier ages, with the disadvantage becoming progressively magnified. Cognitive reserve is the brain’s ability to navigate problems and improvise. Cognitive reserve theory holds that people with reduced reserve have more trouble withstanding disease as they age.

Research has also shown an association between lower childhood IQ and increased biological aging — cell and tissue damage — and cardiovascular disease before age 65.

“Our results suggest that cognitive differences associated with APOE may emerge early and become magnified later in the life course, and if so, childhood represents a key period of intervention to invest in and boost reserves,” Reynolds wrote in the paper, titled “APOE effects on cognition from childhood to adolescence.”

The research was funded by the National Institutes of Health. In addition to Reynolds, authors include Elizabeth Munoz of UC Riverside, and Andrew Smolen, Robin Corley, Naomi Friedman, Soo Hyun Rhee, Michael Stallings, John DeFries, and Sally Wadsworth, all of the Institute for Behavioral Genetics at the University of Colorado, Boulder.