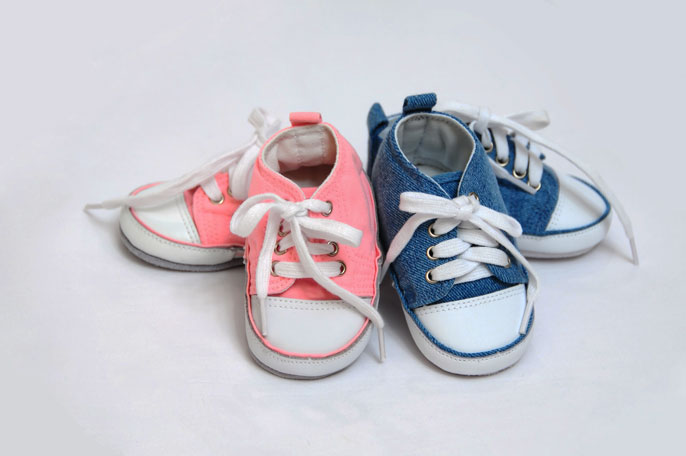 The math gender gap may be narrowing, thanks to STEM programs, advocacy and an overdue backlash against inequality. But there’s still a lot we don’t know about why girls historically haven’t achieved better. Norms around women’s rights and roles in society play a part, but when girls are devalued, precisely how does that create gender differences in math performance?

That’s the question behind a working paper from London School of Economics’ Gaia Dossi, Northwestern’s David N. Figlio, UCLA Anderson’s Paola Giuliano and Northwestern’s Paola Sapienza. By diving into a pair of data sets with insights into home life and cultural influences, the authors explore one thing in particular: whether parental gender attitudes have an effect on math aptitude.

When girls are devalued, precisely how does that create gender differences in math performance?

Indeed, they do. Parents who favor the birth of boys tend to have daughters who score an average of three percentage points lower on standardized math tests than girls raised in other types of families. The results track whether parents stop having children based on gender, or simply display attitudes and behaviors that reinforce traditional gender roles. Boys’ math performance, meanwhile, isn’t affected.

Americans have long favored boys over girls, a bias rooted in ancient gender roles. Since 1941, Gallup polls have found that if Americans could have only one child, they’d rather it be a son. Last year’s poll found that 36 percent would prefer having a boy; 28 percent would prefer a girl. Younger adults, and those with less education, are more inclined toward boys, but the main distinction is between men and women. Women are split — 31 percent want a girl, 30 percent a boy — but 43 percent of men prefer a son, to 24 percent who prefer a daughter.

Economists have studied this boy preference extensively, notably in a groundbreaking analysis by Gordon Dahl of UC San Diego and Enrico Moretti of UC Berkeley. Their paper, “The Demand for Sons,” published in 2008 in the Review of Economic Studies, used four decades of census data (1960 to 2000) to make the case that child gender and birth order affect both family structure and fertility. Among their findings: Women with firstborn daughters were less likely to marry and more likely to divorce. And children whose firstborn sibling was a girl had lower educational achievement, especially if they themselves were girls.

Parents who favor the birth of boys tend to have daughters who score an average of three percentage points lower on standardized math tests than girls raised in other types of families.

Then there was this: Families with firstborn girls were more likely to have additional children than those with firstborn boys, an increase of 0.3 percent. Dahl and Moretti estimated that firstborn girls caused approximately 5,500 more births per year, for a total of 220,000 births over the 40 years covered by the data.

And parents will keep trying. Firstborn-girl families were 0.6 percent more likely to have three or more kids compared with firstborn-boy families, and they were similarly inclined toward families of four or five or more.

Other researchers have studied this dynamic, and one of the latest studies, “Is There Still Son Preference in the United States?” (2017), reports the boy preference may be fading, in part because of changing views about women. Yet last year’s Gallup poll still shows that parents prefer sons over daughters.

Waiting for a boy to be born

Dossi, Figlio, Giuliano and Sapienza looked at Florida-native children born over a nine-year period to identify families that continued having children until a boy was born, and who, based on comparative statistics, were more than 90 percent likely to be finished having children. This data set, constructed specifically for this study by Florida’s Departments of Health and Education, merged birth certificates and public school records (including math scores), and also revealed sibling birth order and maternal characteristics such as education level and marital status. It covered children born between 1994 and 2002, and who attended K–12 public schools between 2002–2003 and 2011–2012.

Researchers were able to reconstruct full fertility histories for 129,686 Florida families. Within this population, in families with firstborn girls, the total number of children was higher by 4.2 percent. These families also were more likely to have two or more, three or more, or four or more children, with those probabilities increasing between 2.5 percent and 3.4 percent.

Because these observed fertility outcomes could in fact have been random, and thus limited as a proxy for gender-role attitudes, researchers used a second data set, from the U.S. Bureau of Labor Statistics, to measure another marker for boy bias: mothers’ gender-role attitudes. The nationwide BLS data also included children’s math scores.

That BLS data, from the National Longitudinal Survey of Youth 1979, initially contained information on 12,686 young people aged 14 to 22 and interviewed first annually and then biennially. After two subsamples were dropped, 9,964 respondents remained in the study, which is ongoing. The survey gathers information on a wide range of topics, including labor force activity, income, marital status, fertility, health and education. A key feature is that it records dates for the start and end of important life events, making it particularly valuable to researchers.

Dossi, Figlio, Giuliano and Sapienza identified 4,934 women who had at least one child since the survey began, and who provided responses to the following statements:

Respondents were asked to rate the statements 1 (strongly disagree), 2 (disagree), 3 (agree) or 4 (strongly agree). The higher the cumulative numbers, the more biased the gender roles. To determine how easily those maternal gender biases transmitted to respondents’ children — and thus how easily such biases might affect math performance — Giuliano and her colleagues also examined children’s answers to gender questions.

The authors found a statistically significant connection: Mothers’ gender-role attitudes tended to be shared by their children — girls and boys alike — and the correlation grew stronger as children got older. This part of the study also found that gender-biased attitudes of the mother are correlated with lower performance in mathematics for girls and not boys.