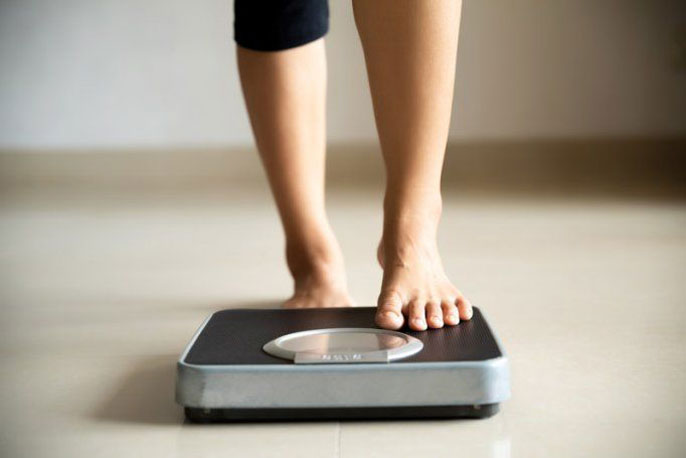 Adolescents and young adults with anorexia nervosa whose weight is in the healthy, overweight or obese ranges face similar cardiovascular and other health complications as their counterparts with low body mass index (BMI), according to a new study led by researchers at UCSF.

The study, led by Andrea Garber, Ph.D., RD, chief nutritionist for the UCSF Eating Disorders Program, compared weight loss and illness severity among two groups of patients aged 12 to 24 who had been enrolled in a clinical trial upon admission to the hospital for treatment: 66 with anorexia nervosa, which excluded those who were severely underweight, and 50 heavier patients with so-called atypical anorexia nervosa.

They found that patients with atypical anorexia nervosa are as likely as underweight patients to suffer from bradycardia, or slow heart rate, a key sign of medical instability that can lead to irregular heartbeat and other complications. These patients also may carry a heavier psychological burden than those who are underweight, due to heightened preoccupations with food avoidance and more negative feelings about body shape and weight.

“Lower weight has been traditionally equated with more severe illness,” said Garber, who is a professor of pediatrics in the Division of Adolescent Medicine at UCSF Benioff Children’s Hospitals. “Currently, one-third of eating disorder admissions are patients with atypical anorexia nervosa at normal weight or above.

“Our study suggests that patients with large, rapid or long duration of weight loss are more severely ill, regardless of their current weight.”
—Andrea Garber, Ph.D., RD

“Our study suggests that patients with large, rapid or long duration of weight loss are more severely ill, regardless of their current weight,” she said, noting that both groups lost about 30 pounds over approximately 15 months.

According to the DSM-5, the latest version of the “bible” of psychiatry, atypical anorexia nervosa fulfills the criteria for anorexia nervosa: food restriction leading to weight loss, intense fear of gaining weight and “disturbance in the way in which one’s body weight or shape is experienced.” The single exception is that the weight of the patient with the atypical variant is within or above the normal range, despite significant weight loss.

The participants were enrolled in the StRONG trial, a study of refeeding, or short-term nutritional rehabilitation, at UCSF Benioff Children’s Hospital San Francisco and Lucile Packard Children’s Hospital, Stanford. Of the total 116 participants, 105 were female; half were white in the atypical group and two-thirds were white in the typical  group. The study publishes Nov. 6, 2019, in the journal Pediatrics.

The study found that female atypical patients were just as likely as their underweight counterparts to stop menstruating, a hallmark of hormone suppression due to poor nutrition that impacts fertility and bone density. Both typical and atypical patients were susceptible to electrolyte imbalances from inadequate sodium, potassium, calcium and chloride intake, which can impact the brain, muscles and heart functioning.

Patients in the atypical group scored significantly higher in a questionnaire that assessed eating disorder psychopathology, which addressed issues such as avoidance of food and eating, preoccupation with calories and eating in secret, feelings of fatness and discomfort seeing one’s body, dissatisfaction with weight and reaction to being weighed. The atypical group’s global score reached 3.8, compared with 3 for the typical group. For context, scores in community-based women are less than 1.

“One possibility for the more extreme eating disorder behaviors and cognitions among the atypical group is that some of the patients had been overweight and may have suffered stigma or teasing that made them feel worse about their size,” said Garber. “Or, if they were genetically predisposed to be on the heavier side, they may have had to employ more severe behaviors or have more severely disordered thoughts in order to fight their biology.”

“These findings show that atypical anorexia nervosa is a real illness, not just a lesser form of ‘pre-anorexia nervosa,’” Garber added. “Pediatricians and other primary care providers need to keep a watchful eye for patients with large or rapid weight loss, even if they were heavier to begin with and now appear to be ‘normal.’ These patients are just as ill as those with the traditional diagnosis of anorexia nervosa.”

Funding: The study is supported by the National Institutes of Health (ClinicalTrials.gov NCT02488109). Garber’s time was supported in part by Health Resources and Services Administration, Leadership Training in Adolescent Health. The authors report no conflicts of interest.