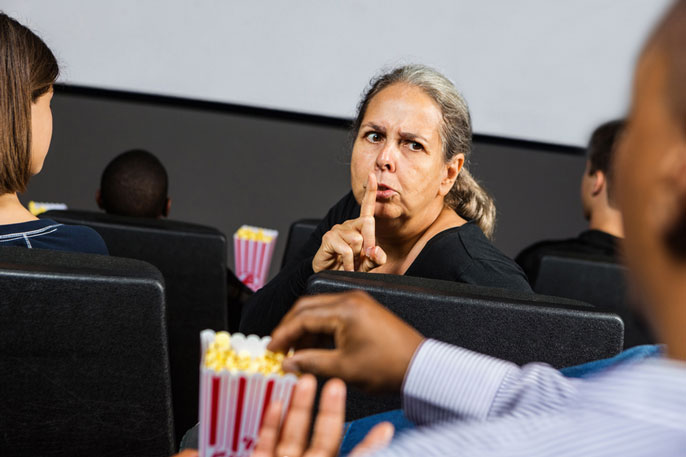 Are you a jerk? How do you know? Jerk self-knowledge is hard to come by, says Eric Schwitzgebel, a professor of philosophy at the University of California, Riverside.

Schwitzgebel posited a Theory of Jerks in Aeon Magazine in 2014 and has revisited the topic a few times in his blog, “The Splintered Mind.” He continued that exploration this month in Nautilus in an article titled “How to Tell If You’re a Jerk,” and today blogged a five-question quiz to help determine personal levels of what he refers to a “jerkitude.”

Schwitzgebel defines a jerk as “someone who culpably fails to appreciate the perspectives of others around him, treating them as tools to be manipulated or fools to be dealt with rather than as moral and epistemic peers. The jerk faces special obstacles to self-knowledge of his moral character, partly because of his disregard of the opinions of people who could give him useful critical feedback.”

There is no official scientific designation that matches the full range of ordinary application of the term “jerk” to the guy who rudely cuts you off in line, the teacher who casually humiliates the students, and the co-worker who turns every staff meeting into a battle, he acknowledges.

“The scientifically recognized personality categories closest to ‘jerk’ are the ‘dark triad’ of narcissism, Machiavellianism, and psychopathic personality,” he explains. “Narcissists regard themselves as more important than the people around them, which jerks also implicitly or explicitly do. And yet narcissism is not quite jerkitude, since it also involves a desire to be the center of attention, a desire that jerks don’t always have. Machiavellian personalities tend to treat people as tools they can exploit for their own ends, which jerks also do. And yet this too is not quite jerkitude, since Machivellianism involves self-conscious cynicism, while jerks can often be ignorant of their self-serving tendencies. People with psychopathic personalities are selfish and callous, as is the jerk, but they also incline toward impulsive risk-taking, while jerks can be calculating and risk-averse.”

1. You’re waiting in a line at the pharmacy. What are you thinking?
(a) Did I forget anything on my shopping list?
(b) Should I get ibuprofen or acetaminophen? I never can keep them straight.
(c) Oh no, I’m so sorry, I didn’t mean to bump you.
(d) These people are so damned incompetent! Why do I have to waste my time with these fools?

2. At the staff meeting, Peter says that your proposal probably won’t work. You think:
(a) Hm, good point but I bet I could fix that.
(b) Oh, Loretta is smiling at Peter again. I guess she agrees with him and not me, darn it. But I still think my proposal is probably better than his.
(c) Shoot, Peter’s right. I should have thought of that!
(d) Peter the big flaming ass. He’s playing for the raise. And all the other idiots here are just eating it up!

3. You see a thirty-year-old guy walking down the street with steampunk goggles, pink hair, dirty sneakers, and badly applied red lipstick. You think:
(a) Different strokes for different folks!
(b) Hey, is that a new donut shop on the corner?
(c) I wish I were that brave. I bet he knows how to have fun.
(d) Get a job already. And at least learn how to apply the frickin lipstick.

4. At a stop sign, a pedestrian is crossing slowly in front of your car. You think:
(a) Wow, this tune on my radio has a fun little beat!
(b) My boss will have my hide if I’m late again. Why did I hit snooze three times?
(c) She looks like she’s seen a few hard knocks. I bet she has a story or two to tell.
(d) Can’t this bozo walk any faster? What a lazy slob!

5. The server at the restaurant forgets that you ordered the hamburger with chili. There’s the burger on the table before you, with no chili. You think:
(a) Whatever. I’ll get the chili next time. Fewer calories anyway.
(b) Shoot, no chili. I really love chili on a burger! Argh, let’s get this fixed. I’m hungry!
(c) Wow, how crowded this place is. She looks totally slammed. I’ll try catch her to fix the order next time she swings by.
(d) You know, there’s a reason that people like her are stuck in loser jobs like this. If I was running this place I’d fire her so fast you’d hear the sonic boom two miles down the street.

How many times did you answer (d)?

(The quiz is for entertainment and illustration purposes only, Schwitzgebel says. “I don’t take it seriously as a diagnostic measure!”)

If you're not a jerk, you'll watch this video featuring UC Berkeley's Dacher Keltner to find out why we're built to be kind: