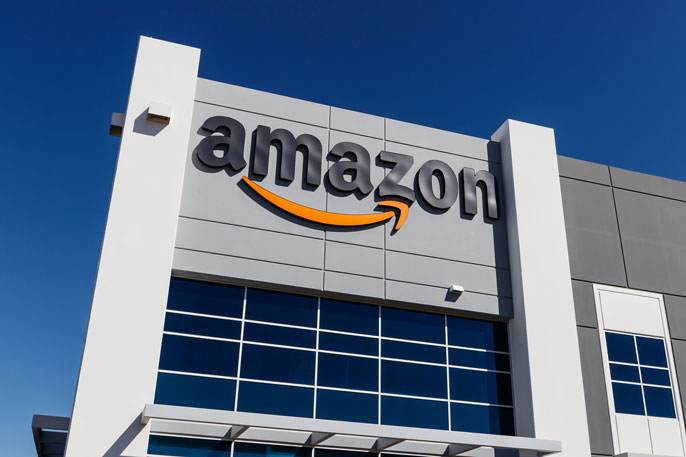 A new book edited by UC Riverside sociology professor Ellen Reese and Cal State Long Beach professor of sociology Jake Alimahomed-Wilson examines Amazon as an architect of “surveillance capitalism” and how workers and communities in the Inland Empire and around the world resist the online commerce juggernaut.

“The Cost of Free Shipping: Amazon in the Global Economy” is a collection essays that maintain Amazon’s meteoric rise represents a shift in the global political economy that the authors call “Amazon capitalism.” Amazon capitalism combines convenient one-click online retailing, control over how products are stored and shipped, surveillance tools to control the workforce, and economic and political influence in every corner of the world.

Amazon has reshaped not only the economies but also the geographies of economically disadvantaged regions such as Southern California’s Inland Empire, consisting of Riverside and San Bernardino counties, about 60 miles southeast of the Port of Los Angeles. With abundant vacant land and city leaders eager for the opportunities they envision with warehouses, the Inland Empire quickly became one the largest Amazon logistics hubs and employment centers in the nation, with 16 warehouses, fulfillment centers, and other large-scale facilities. These imagined opportunities, however, come with heavy social and economic costs.

Reese and Jason Struna, an assistant professor of sociology at the University of Puget Sound, make the case that electronic surveillance of workers enables Amazon to control and discipline workers who do not work quickly or steadily enough. This surveillance also provides useful information to further automate work tasks.

Reese supervised an undergraduate student team that interviewed 47 current and former Amazon warehouse workers in Riverside and San Bernardino counties between 2018 and 2019. Latinos comprised 67 percent of their sample, reflecting the predominance of Latinos in the region’s labor force generally and warehouse workers in particular.

Most of the workers found the close electronic monitoring of their workflow highly stressful. The workers said the rapid work pace required to meet their daily quotas, or “make rate,” endangered their physical health, and made them feel alienated both from their co-workers and the workplace itself. The workers said if they failed to “make rate” three times, they could be fired, even if the failure was due to machinery malfunctions or other warehouse problems over which the worker had no control. The size of the facility, combined with the heavy surveillance of work rates and time spent off task, made it difficult to use the bathroom, leading some workers to “hold it” as long as possible, or relieve themselves on the shop floor.

The experience left workers, many of whom worked 10 hours or more per day, in a constant state of anxiety, interviewers found. The authors write that 82% expressed concern about Amazon’s productivity and/or error rate standards, 75 percent worried about their ability to meet those standards, and 56 percent said they had concerns about the pressure to work fast.

“Our research suggests that existing automation, algorithmic control, and scale of facilities creates highly stressful and insecure work environments for the majority of workers employed in Amazon warehouses and distribution centers,” write Reese and Struna, the latter of whom wrote his doctoral dissertation at UC Riverside on Inland Empire warehouse workers.

In a separate essay in the book, Reese also describes a racial and gender hierarchy in the warehouses. Managers were mostly white men, while workers were immigrants and people of color, primarily Latinos.

Few women were able to break into the more desirable jobs, such as forklift driving. Women were most often “pickers,” who pull items to be shipped. Several interviewees alleged women were promoted to “problem solver” roles because male managers had relationships with them or found them attractive. Other interviewees described instances of sexual harassment that they said management did not take seriously.

Drivers who receive packages from distribution centers and deliver them to customers—what Amazon calls “the last mile” — endure similar surveillance and pressure to work fast. These drivers are mostly contract workers who have fewer workplace protections than Amazon’s warehouse workers, or unionized UPS and USPS workers. Most of these drivers are Latino or other workers of color.

Alimahomed-Wilson, who also received his doctorate at UC Riverside, analyzed data, conducted interviews, and did 50 hours of observation riding with drivers in the Los Angeles area between 2017 and 2018. He writes that most of these drivers work 8–10-hour delivery shifts and earn about $15 per hour. Many receive no health benefits. During peak holiday periods, deliveries can reach 400 deliveries per shift.

When drivers pick up their vans, they receive an electronic device that tracks their movements in real-time, dictates each step of the delivery route, has information on each package delivery, includes access codes to enter apartment buildings, and notes on where to leave packages.

“The Amazonification of logistics has created a new group of highly exploited contingent workers: delivery drivers. The working conditions facing Amazon’s last mile drivers are defined by a frantic pace of work, low wages, and relentless pressure to meet tight delivery deadlines established by Amazon,” the essay concludes. “These jobs are also increasingly becoming defined as racialized-gendered jobs in the Los Angeles region, as workers of color, mostly men of color of Latinx descent, are overrepresented across the last mile sector.”

Juliann Emmons Allison, an associate professor of gender and sexuality studies at UC Riverside, examines the spatial inequality associated with warehouses’ increasing size and number in Inland Southern California and residents’ efforts to resist this expansion. She writes that Amazon’s siting of warehouses, fulfillment centers, and delivery stations in Inland Southern California to serve more prosperous regions is consistent with the disproportionate siting of warehouses in socioeconomically disadvantaged communities throughout Southern California. These communities experience environmental and health consequences caused by increased air pollution from diesel truck emissions, and heavy truck traffic in both residential areas and freeways.

Though the poor air quality affects Inland Southern California as a whole, the communities most at risk are those bordering warehouses, which are usually low-income residential Latino and immigrant neighborhoods that experience higher rates of respiratory disease as a consequence. Moreover, even though the warehouses are touted by city leaders as a route to prosperity for the region, the poverty rate has increased almost 7 percent since Amazon opened its first warehouse in San Bernardino. In response, the Center for Community Action and Environmental Justice and other social justice organizations have sprung up to oppose warehouse expansion in the region.

Taken together, the essays in “The Cost of Free Shipping” call into question the viability of investing in Amazon warehouses as an economic development strategy for any region and highlight strategies communities around the world are using to successfully resist Amazon capitalism in their backyards, city governments, and daily lives.