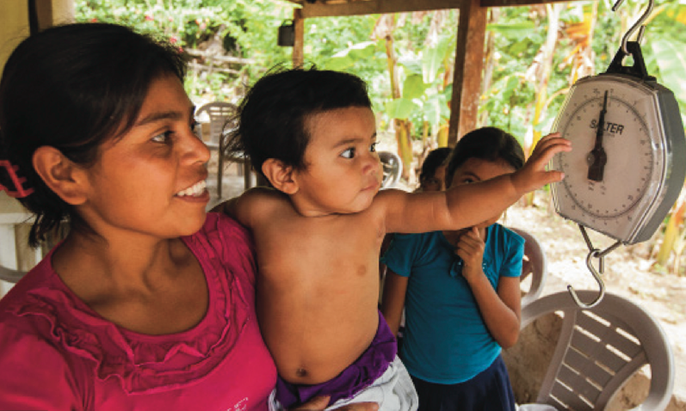 Since the polio vaccine was introduced in the 1950s, one of the most dreaded diseases in history has been all but eradicated. Are there other scientific breakthroughs that could have an equally transformative impact on global human development, and if so, what are they?

When Lawrence Berkeley National Laboratory’s Institute for Globally Transformative Technologies (LIGTT) tried to answer this question, it found there were no good answers—or too many answers. So LIGTT director Shashi Buluswar assembled a small team and set out to identify the world’s most-needed game-changing technologies. After two years of investigation and analysis, the result is “50 Breakthroughs: Critical scientific and technological advances needed for sustainable global development.”

“When we started looking around, we realized there was a huge concentration of technologies in a very small number of areas, most of which were incremental advances, such as in water filtration. There’s a new water filtration technology every year,” Buluswar said. “We decided to do our own study to find the big things that matter, that technology could move the needle on.”

The aim of the 50 Breakthroughs study is to give philanthropies, aid agencies, businesses, and technologists a blueprint for where to invest their resources to achieve the highest impact. The study was funded by the U.S. Agency for International Development (USAID), the Lemelson Foundation, and the Schmidt Family Foundation. USAID’s funding was made possible through its Higher Education Solutions Network’s Development Impact Lab, one of eight HESN Development Labs working to redefine problems, identify new solutions, and source development breakthroughs by tapping into the passion and ingenuity of university students, researchers, and faculty to deliver development impact.

“USAID invests in a wide variety of programs and technologies,” said Dave Ferguson, Director of the Center for Development Innovation of USAID’s U.S. Global Development Lab. “We believe science, technology, and innovation can deliver transformational results, and the 50 Breakthroughs study is an extremely valuable contribution in this endeavor.”

“Invention is a powerful tool for improving lives when focused on problems worth solving,” said Carol Dahl, executive director of the Lemelson Foundation. “This study provides a window into the opportunities and challenges in creating technologies that can become scalable products and that will meet needs of underserved populations. We believe this study can help stimulate discussion of these critical challenges and potential solutions, ultimately leading to new breakthroughs for these important problems.”

Buluswar and his four co-authors, Berkeley Lab researchers Zach Friedman, Priya Mehta, Subarna Mitra, and Roger Sathre, consulted with more than 500 experts in various fields. The technologies were scored according to constraints to their deployment in eight areas, such as infrastructure, finance, behavior change, and business model innovation.

The single most needed breakthrough is a cost-effective, energy-efficient method for desalinating water. “Water will be the defining problem of the next 50 years,” Buluswar said. “It’s probably the single most important thing that needs to be solved.”

While reverse osmosis is increasingly common, it is too expensive and energy intensive to provide significant amounts of water. The study estimates that it will take five to 10 years to develop and deploy a low-cost water desalination technology using renewable energy.

Another needed breakthrough is in vaccine transport. Vaccines are extremely temperature sensitive, so there are many places in the world where children cannot take advantage of freely available vaccines because of the lack of refrigeration. As a result, 1.5 million children die every year from diseases preventable by vaccines. “The tragedy is that half of all vaccines are thrown away,” said Buluswar.

LIGTT researchers have been working on a low-cost, solar-powered vaccine refrigerator and anticipate getting approval soon from the World Health Organization.

The study also identifies a number of breakthroughs that are needed in agriculture. “One of the most exciting things we need to be working on is an alternative to the current type of fertilizer,” Buluswar said. “We need to dramatically reduce the cost of fertilizer production, and do it in a way that’s not bad for the environment. Agriculture as we know it is not ecologically sustainable, especially when it comes to the poor.”

The 50 breakthroughs in the study will not all be pursued by LIGTT, but Buluswar believes many are a good fit for Berkeley Lab’s capabilities. Some may be pursued in a new collaboration with the Tata Center for Technology and Design at MIT.