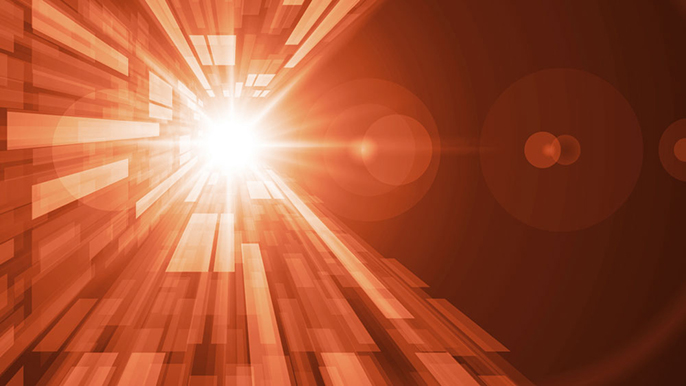 Our understanding of human health is constantly evolving, but it's the big ideas that serve as a goal post for these discoveries.

We asked experts across UC San Francisco to identify what's ahead in how we approach research, what disease areas will see major advances, and where basic science will be translating into real treatments.

Here are some big ideas about where they expect to see major developments in 2016:

Precision medicine aims to collect and connect vast amounts of data about our health to understand why we respond differently to disease and therapies, then apply that to develop better diagnostics, drugs and prevention. That data includes not only genomics and health outcomes, but also social/behavioral information that’s increasingly linked to disease. Together, these will also enable us to predict disease before it strikes.

“We’re drowning in data. Sitting in that data are the next drugs, the next therapeutics and the next diagnostics, waiting for us to find them,” says Atul Butte, MD, Ph.D, director of the UCSF Institute for Computational Sciences.

But how can we expect future health care providers to understand a gigabyte of patient data in the usual 15-minute visit? It turns out radiologists already do: through images. The challenge now in precision medicine is integrating the data we have, such the UC Health effort to integrate medical records systemwide – an effort Butte is leading. Then we need to make sense of that data and create tools, like the radiologists’ images, to transform code into usable information for providers, drug developers and, ultimately, patients.

Treating HIV upon diagnosis protects people’s health and can reduce the spread of the virus. Havlir and her team pioneered this approach in San Francisco in 2010 based on evidence that the benefits of early treatment outweighed the drugs’ toxicity. The World Health Organization has now adopted this as the new global standard.

One key to getting everyone treated is making testing easy, since half the nearly 37 million people infected don’t know it. In San Francisco, people can find out their status without going to a clinic or hospital.

“Offering treatment to all HIV-infected persons, as is now recommended by the World Healh Organization, is a watershed moment in the global AIDS response,” says Diane Havlir, MD, chief of HIV, Infectious Diseases and Global Medicine at Zuckerberg San Francisco General Hospital and Trauma Center.

Global health leaders are now exploring this strategy. The test will come in Africa, where nearly 26 million people have HIV. Havlir’s UCSF team and colleagues at Makerere University are helping people in rural Uganda and Kenya with mobile health campaigns that address the range of community health needs and thereby reduce the stigma of HIV testing. But much work remains to reach the goals of zero new HIV infections, zero HIV deaths and zero stigma.

The laboratory mouse has done yeoman’s work advancing human health over the past century, but in recent years, one promising medical breakthrough after another has failed to translate from animal models into humans. For complex diseases like autism, diabetes, or even cancer, human biology may just be too different.

Now, some researchers are turning to lab-grown “organoids” – simplified models of human organs such as the kidney, mammary glands and the brain that can be grown from an individual’s own stem cells.

“There are human aspects of brain diseases that just aren’t captured by animal models," says Arnold Kriegstein, MD, Ph.D, director of Eli and Edythe Broad Center of Regeneration Medicine and Stem Cell Research. "I think patient-derived organoids are exactly what the field needs to understand what makes humans different and lead us towards cures.”

In the last year alone, Kriegstein and others have used such organoids to study the origins of severe genetic brain abnormalities and learn how the immune system helps build the human mammary gland, and have 3d-printed organoids from patients’ own cells to rapidly test new cancer drugs. Experts predict organoid research will produce major advances in understanding human disease in the years to come.

Science will wake up to disparities

As we progress toward precision medicine, it is increasingly important to study populations that reflect global diversity. But since people of non-European descent are represented in less than 2 percent of clinical cancer studies, among others, it’s clear that more diverse clinical research is essential to reduce the impact of these diseases.

Equally important is greater funding for minority scientists, who often are most able to reach diverse communities, but have been historically under-funded.

Now, science is taking a hard look at disparities in both funding and clinical cohorts. One example is the call to diversify President Obama’s Precision Medicine Initiative, for which Burchard is a member of the expert working group. This won’t be solved overnight, but we can to start seeing traction from several National Institutes of Health initiatives that aim to diversify the scientific workforce and health sciences research.

Biological safeguards that protect the brain from blood-borne infections or toxins are crucial to survival. But these barriers can backfire when they don’t allow therapeutic agents to reach the brain. Most chemotherapy for brain tumors is given orally or intravenously and causes significant side effects – often with little impact on the cancer itself.

“For years, neurologists have wrestled with a quandary: Do drugs for certain brain conditions fall short because they’re ineffective, or do they simply fail to cross the blood-brain barrier?” says Krystof Bankiewicz, MD, Ph.D, professor of neurosurgery.

Bankiewicz is testing a convection-enhanced drug delivery system that enables a chemo drug to be infused directly into the brain of patients with glioblastoma, a fatal brain tumor. Since the bloodstream is bypassed, higher doses can be given, hopefully with fewer side effects.

The upcoming year will mark the conclusion of Phase I of this trial and the launch of a parallel trial for children with brain tumors. In two other trials, he is testing gene-carrying viruses infused directly into the putamen, the dopamine producing part of the brain, in patients with Parkinson’s, and there are plans to develop trials for patients with Alzheimer’s and Huntington’s disease.

Bankiewicz and collaborators will be anxiously awaiting results. Could convection enhanced delivery revolutionize the treatment of the most intractable of brain diseases?

Technologies for genomics and neuroscience research are advancing in parallel at unprecedented rates, ushering in deep new understandings of the biological basis of psychiatric disorders.

“Serious mental illnesses are not fundamentally different from heart disease, cancer or epilepsy — we just don’t understand them well enough yet," says Matthew State, MD, chair of the Department of Psychiatry.

Just this past year, scientists revealed a method to rapidly and simultaneously measure gene expression across the entire genome in thousands of individual cells, and using recently developed techniques such as CRISPR/Cas9, we can now determine the function of genes more precisely than ever. Neuroscientists also can now routinely use light-based optogenetic approaches to investigate entire brain circuits, and other efforts are evolving brain-machine interfaces to soon be able to alter, and perhaps permanently change, the behavior of these circuits.

In addition to vastly increasing our knowledge and opening avenues new treatments, these approaches will increasingly make clear that mental illnesses result from physiological disruptions that are fundamentally no different from those in cancer or heart disease, presenting the opportunity to finally jettison the stigma surrounding psychiatric disorders.

Petabytes of cancer genomic data have made the discovery of new tumor-related genes a dime-a-dozen today. Despite this wealth of knowledge, however, 95 percent of patients still wind up getting treated with the blunt instruments of chemo or radiation therapy.

Researchers are now getting systematic about using advanced computation to mine the deluge of genetic data for links between patients’ genetic profiles and actual therapies.

“We want to turn drug discovery on its head. Instead of engineering a drug to target the unique mutations in a tiny subset of cancers, we start with the drugs we already have and find all the mutations they’re effective against,” says Sourav Bandyopadhyay, Ph.D, assistant professor of bioengineering and therapeutic sciences.

Bandyopadhyay’s group, for example, has developed a bioinformatics approach to identify existing drugs that could work against dozens of different cancer gene variants, and have already found several surprising new drug applications they hope to move into clinical trials. Others have developed systems to link seemingly unrelated mutations to common biological networks that go awry in cancer, so drugs approved for one kind of cancer might be able to treat other tumors.