"Black Against Empire: The History and Politics of the Black Panther Party" will be the subject of a panel discussion on Thursday, Jan. 31, at the Ralph J. Bunche Center for African American Studies at UCLA. The event runs from 4 to 7 p.m. in Haines Hall (Room 135). Admission is free, and the event is open to the public.

History has long denied the political genius of the Black Panther Party.

At worst, its members have been cast as unconscionable criminals. At best, such seminal figures as party founders Huey Newton and Bobby Seale and early supporter Stokely Carmichael have been portrayed as outlaw folk heroes who, propelled by the progressive winds of the late 1960s, dared to take on the establishment.

But a UCLA graduate student in sociology who worked alongside former Panthers a decade ago as a community organizer in Oakland, Calif., didn't buy the conventional wisdom.

"You look at the period of the growth of the party, and you find that within just a couple years, 68 cities opened chapters, and suddenly thousands of people were dedicating their lives to this revolutionary struggle," said Joshua Bloom, the co-author of a new book on the history of the Black Panther Party. "People came to the party and said, 'We want to be Black Panthers.' So clearly, the innovative political practices and strategies of the Black Panther Party were successful in attracting followers."

Bloom set out to analyze those practices. Twelve years in the making, the resulting 539-page tome details the political strategies that catapulted the Panthers to the vanguard of the New Left in the years from 1968 to 1970, disrupting "business as usual" in a way the country had not seen since the Civil War and hasn't seen since. 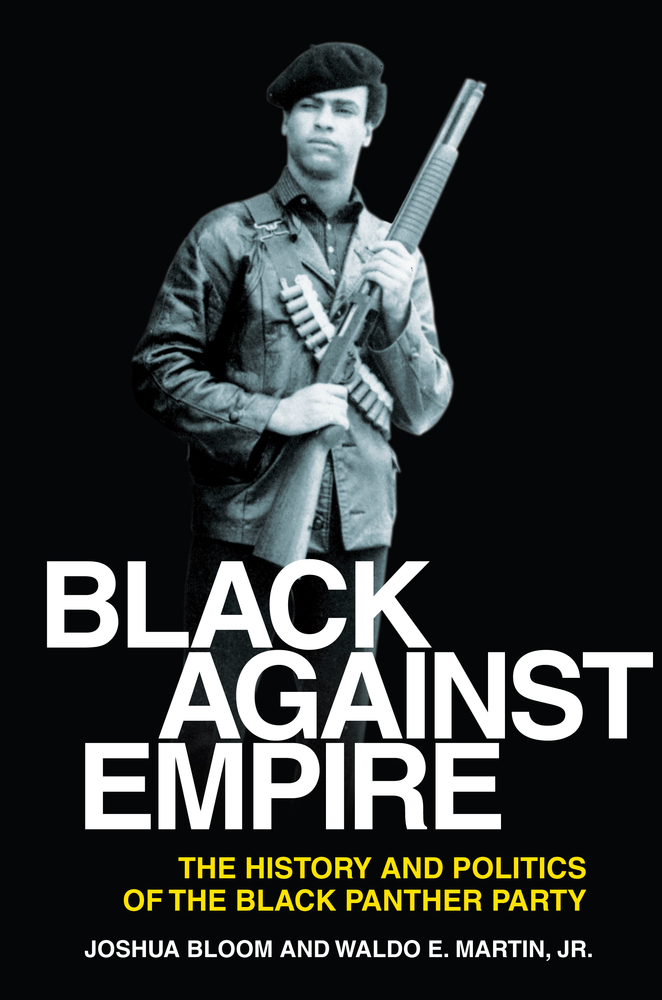 "Black Against Empire" (University of California Press, 2013) deftly links the Black Panther movement to a string of major historical moments in the 1960s and '70s and demonstrates that the party's leaders, rather than being the passive beneficiaries of changes sweeping the nation, were at the forefront of a broad anti-imperialist movement that drove draft resistance and protests on college campuses and led to the Left's alliances with revolutionary struggles internationally.

Ultimately, the Panthers helped create a sweeping social challenge to institutionalized political power to which authorities responded by repealing the draft, winding down the Vietnam War and making nationwide concessions in minority hiring, college admissions and political representation, argue Bloom and his co-author, Waldo E. Martin Jr., a renowned authority on black history and a history professor at UC Berkeley.

Subtitled "The History and Politics of the Black Panther Party," the book arrives on the 45th anniversary of the founding of the first Panther chapters outside Oakland, in 1968, including the Los Angeles chapter in February of that year and the New York chapter in April. As with New York, most chapters were founded after the April 4, 1968, assassination of Martin Luther King Jr., a tragedy widely interpreted as a rebuke to non-violent activism.

"Black Against Empire" has garnered rave reviews and received endorsements from such key players of the period as former Panther Angela Y. Davis, activist and former politician Tom Hayden, and Seale. "Finally! A book that clarifies the history of our movement, our aspirations, our struggles and the bitter challenges we faced," Seale's book-jacket endorsement reads.

Bloom and Martin trace the party's name to a logo adopted during the civil rights movement by black leaders in rural Alabama. In an attempt to reach illiterate voters, black activists in Lowndes County in the mid-1960s used the symbol of a pouncing black panther to differentiate their political candidates from those of Jim Crow segregations.

As a party, the Black Panthers rose to prominence in the period following the civil rights movement — a movement, the authors argue, that did little to advance conditions for African Americans living outside the South. With urban centers in the West, Midwest and Northeast practicing what Bloom and Martin describe as a "politics of containment," police routinely used brutality to isolate blacks in ghettos. A range of groups saw the need to address this institutionalized brutality, as well as the extreme poverty and exclusion in which these urban blacks lived, but none had found a means to mobilize black power until the Panthers, the authors contend.

Beginnings: an armed approach to self-defense

Bloom and Martin credit Huey Newton, the party's streetwise and legally astute co-founder, with hitting on the formula that first brought attention to the group. By leading armed groups of Panthers on patrol against law-enforcement harassment in his hometown of Oakland, Newton demonstrated how urban blacks could successfully challenge police brutality.

Panthers coached community members to alert them when the police detained others. In an act of defiance that quickly won over black youth, the Panthers, pistols and rifles in hand, would then surround the police officers and advise citizens of their rights. And it was all completely legal.

"Here were people standing up to the police with guns, and the police were flipping out, saying 'You can't be here,' and the Panthers were responding, 'Why, yes I can, and this is the exact law that allows me to do so,'" Bloom said.

An emergency session of the California Legislature aimed at outlawing the Panthers' armed approach led to the passage of the state's Mulford Act, signed in June 1967 by then Gov. Ronald Reagan, which made the public display of firearms illegal.

Newton, not to be denied, advocated that blacks arm themselves against unwarranted police invasions in their own homes. "This sustained the tension of self-defense with police without it being so explicit," Bloom explained.

The state's crackdown in 1967 might have stopped the movement in its tracks, but instead, it inspired Newton to take a tack whose brilliance, the authors argue, has not yet been fully appreciated.

Borrowing from the teachings of communist revolutionary Mao Zedong, anti-colonial activist Frantz Fanon and slain black activist Malcolm X, Newton cast the black community as a colony neglected and embattled by the United States. And he went beyond the Panther's politics of self-defense to establish much-needed community outreach programs, such as those providing free breakfasts, clothes and community schools for impoverished children.

"The Panthers said, 'We're not just going to pick up guns and defend ourselves — we're going to do that as part of a general claim to the right to self-representation and self-determination,'" Bloom explained. "They argued that the black community needed that as part of a global challenge to imperialism."

Their rhetoric and activism allowed the Panthers to find common cause not just with moderate blacks and anti-war activists but also with a long string of U.S. foes abroad. Cuba offered political asylum to Panthers facing criminal charges, and the Viet Cong offered to release American prisoners of war in exchange for the release of Panthers in U.S. prisons. Algeria, then the center of pan-Africanism and home to the world's anti-colonial movement, invited the Panthers to establish an embassy at a time when not even the U.S. government had one. Zhou Enlai, premier of the People's Republic of China, extended an invitation to Newton and met with him — a meeting that preceded the communist leader's historic session with President Nixon.

To the extent the party got a lift from the times, it came not so much in the form of trailblazing by white leftists, as has been maintained, but, rather unexpectedly, as a result of the establishment's repression, the authors say. Unrelenting persecution of party members by law enforcement, from the municipal to the federal level, acted like a kind of gasoline on the fire of support for the Panthers, Bloom and Martin show. Especially galvanizing was the three-year imprisonment of Newton on a voluntary manslaughter conviction resulting from a 1967 skirmish with police that left one officer dead. "Free Huey" became an international rallying cry.

In fact, the party only started to unravel after Newton's conviction was overturned on a technicality in 1970. Within the year, the party succumbed to infighting and struggles over control, goals and tactics. But at its brief zenith, the Black Panthers harnessed a force for change that altered history and dramatically changed the nation in ways still evident today, "Black Against Empire" shows.

"Not since the Civil War 150 years ago have so many people taken up arms in a revolutionary struggle against the United States," Bloom said.

Bloom's work builds on a tradition of scholarship on the American black power movement at UCLA. The campus is home to Robert Hill, the world's leading authority on the pan-Africanist Marcus Garvey; Scot Brown, an authority on the Panthers' rival black power organization, US; and celebrated historian of African American culture Robin D.G. Kelley, whose latest book illustrates how American jazz artists lent support and inspiration to the African decolonization movement in the 1950s and '60s. Bloom's work received support from UCLA's Ralph J. Bunche Center for African American Studies, where he served as a fellow in 2011–12.