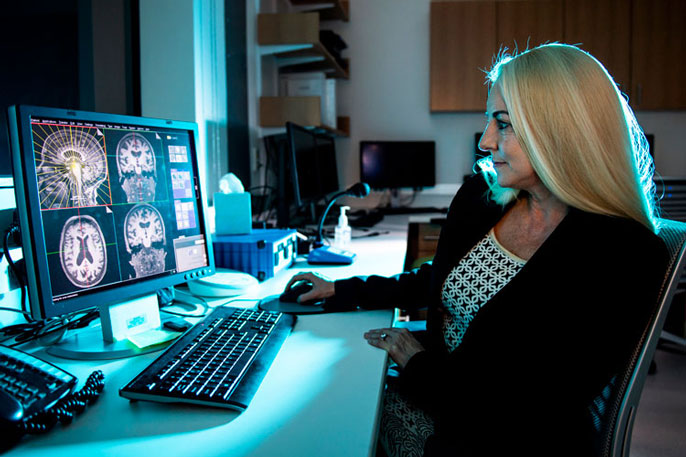 It can take years to diagnose a child with a psychiatric or attention deficit disorder, forcing them to endure a lot of frustration and suffering.

But a new study led by scientists at UC Berkeley and Northeastern University has found evidence that brain scans, if conducted early, can predict whether a youngster is susceptible to mental health or attention problems down the road.

The findings, recently published in the Journal of the American Medical Association – Psychiatry, pave the way for early interventions — from cognitive behavior therapy to exercise or mindfulness regimens — that could mitigate or slow the advancement of certain neurodevelopmental disorders.

“Psychiatric diagnoses are often done late in response to crisis and treated reactively instead of preventively,” said the study’s lead author Susan Whitfield-Gabrieli, a psychology professor now at Northeastern University. “This study could have great clinical implications.”

Using functional magnetic resonance imaging (fMRI), the researchers analyzed brain data from 94 children over the course of four years, starting at age 7, and identified biomarkers for symptoms of depression, anxiety and attention deficit disorder that emerged in adolescence.

While brain scans are not yet available to screen for psychiatric vulnerabilities, Bunge is optimistic that they will eventually play a key role in early detection of mental health disorders.

“It is our hope that one day, in the not-too-distant future, brain scans of children who are beginning to exhibit mental health issues could help inform their treatment plan, alongside a clinical workup,” she said.