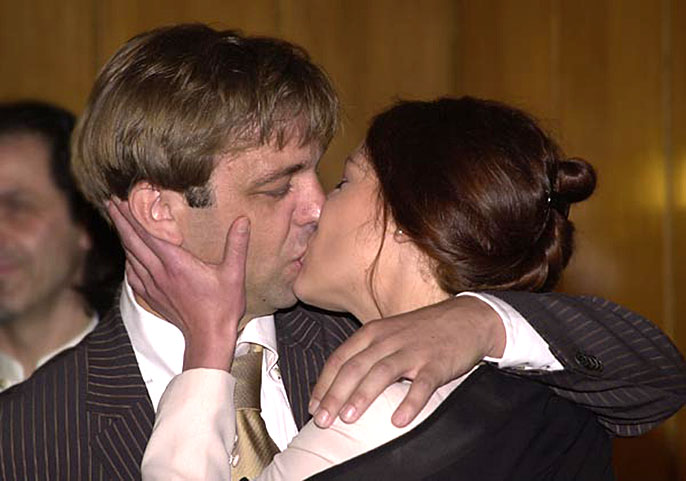 Researchers link a heightened response to a relatively tame romantic image to a higher number of sexual partners in the recent past.

Like most things, sex requires motivation. An attractive face, a pleasant fragrance, perhaps a sexy image.

Yet people differ in their response to sex cues: Some react strongly; some don't. A greater responsiveness to sexual cues might provide greater motivation for a person to act sexually, and risky sexual behaviors typically occur when a person is motivated by particularly potent, sexual reward cues.

Now researchers at UCLA have, for the first time, directly linked brain responses and real-world sexual behaviors. Specifically, the researchers found that how strongly the brain responded to viewing such images was related to the number of sex partners a person had in the previous year.

Led by Nicole Prause, a research scientist in the department of psychiatry in the UCLA Semel Institute for Neuroscience and Human Behavior, the study was published in the current online edition of the journal Social Cognitive and Affective Neuroscience. Prause and her colleagues used electroencephalogram (EEG) to measure a particular type of electrical activity in the brains of people as they were viewing a variety of images — some romantic, some pornographic, and some having nothing at all to do with sex.

Understanding how the brain responds to sexual images could help scientists create a brain stimulation intervention to reduce sensitivity to sexual reward and thus reduce some people's proclivity to engage in risky sexual activities.

"These are the first data we know of that link brain responses to actual sexual risk behaviors," said Prause, who directs the Sexual Psychophysiology and Affective Neuroscience Laboratory at UCLA. "If your brain responds very strongly even to very tame pictures of sex, then you seem to be easily sexually excited in the real world, too. If we show very explicit sex pictures, eventually everyone's brain responds strongly. It is those weaker images, just hinting at sex, that show the difference."

In the study, 40 men and 22 women, ages 18 to 40, completed a questionnaire that included the question, "How many partners have you had sexual intercourse with in the last 12 months?" They then were shown 225 images that included non-sexual, pleasant images (for example, skydiving), neutral images (like portraits) and sexual images ranging from G-rated to explicit scenes.

While viewing the images, participants' brain activity was measured by EEG. Specifically, the researchers looked at a type of activity called late positive potential, which reacts to images depending on their emotional intensity.

The researchers found that participants who reported having had a higher number of sexual partners in the previous year exhibited similar late positive potential responses to both the graphic and less-graphic sexual images. Those who reported having had fewer intercourse partners in the previous year were different: They showed reduced late positive potential responses to the less explicit sexual images and greater response to the more graphic images.

"This pattern helps tell us why people may choose to pursue new sex partners," Prause said. "For example, some researchers have suggested that people may pursue new partners to experience sexual excitement that they did not experience in their regular lives or with their regular partner. These results, she said, "suggest that new partners actually might be pursued because people have high sexual excitement in response to any potential partner, whether regular or new. This distinction is very important if we want to help people feel in control of their sexual urges."