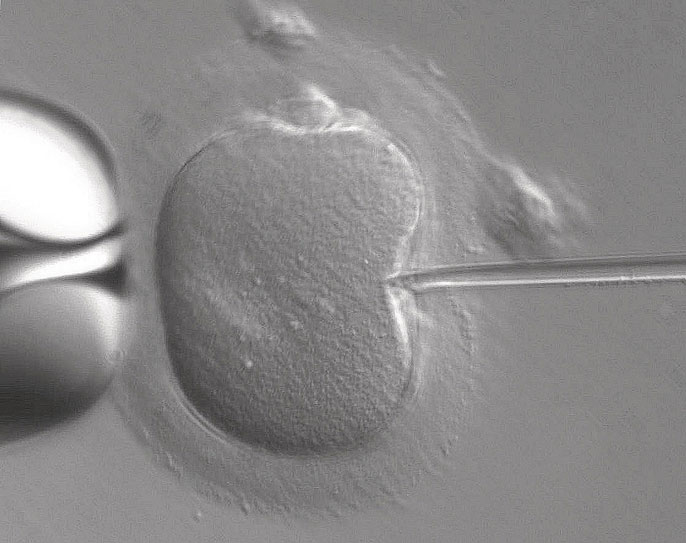 Women who receive a breast cancer diagnosis while they are still young enough to bear children can take time to freeze their eggs and embryos without fear of delaying their cancer treatment, according to research by UC San Francisco scientists who have helped develop a faster fertility preservation technique that can achieve in two weeks what used to take a month or longer.

The researchers examined how long it took for 89 breast cancer patients at the UCSF fertility clinic to start neoadjuvant chemotherapy, in which patients are given chemotherapy prior to surgery to shrink aggressive tumors, and found that it was the same whether or not women decided to freeze their eggs. The results were published Sept. 9 in Human Reproduction.

“Women with breast cancer should feel confident about undergoing fertility preservation before starting chemotherapy,” said Mitchell Rosen, an associate professor of Obstetrics, Gynecology and Reproductive Sciences at UCSF and the senior author of the study. “The data clearly show that it will not delay their treatment, even in the neoadjuvant setting.”

Researchers looked at the medical records of breast cancer patients between the ages of 18 and 45 who had been referred to the UCSF Center for Reproductive Health between 2011 and 2017, before starting neoadjuvant chemotherapy. Two-thirds of the women decided to harvest eggs, using the new, faster ovarian stimulation technique, before starting cancer treatment. The remainder decided against it, after receiving counseling from the fertility clinic. Yet, both groups took nearly the same time to start chemotherapy: an average of 38 days for the women who froze their eggs and embryos, and 39 for those who did not.

Rosen said he undertook the research because cancer doctors have become reticent in recent years to refer their patients for fertility preservation out of fear that it would delay the more aggressive timeline of neoadjuvant chemotherapy. However, fertility experts can now harvest eggs in as little as two weeks, using random-start ovarian stimulation, which does not wait for a woman’s natural menstrual cycle to stimulate ovaries to release eggs. Before this technique was developed, doctors timed the procedure with a woman’s natural cycle, which meant that it took them four to six weeks to harvest eggs.

Rosen said he was somewhat surprised at the time it took even for women who did not freeze eggs to enter chemotherapy, although it was still well within the six-week window in which the data so far suggest there is no decrease in five-year survival.

The reasons were not measured in the study, but they most likely included the time it took for patients to receive more advanced workups, for example to find out their breast cancer receptor status, and imaging to see how far the cancer had spread, as well as the time it took for them to come to terms with their diagnosis and embrace their treatment plan, Rosen said.

But, he said, the good news for those who want to preserve their fertility, before chemotherapy puts them into menopause, is that they still have time to harvest eggs, so they can bear children once their cancer is in remission.

“All we need now is two weeks,” he said.