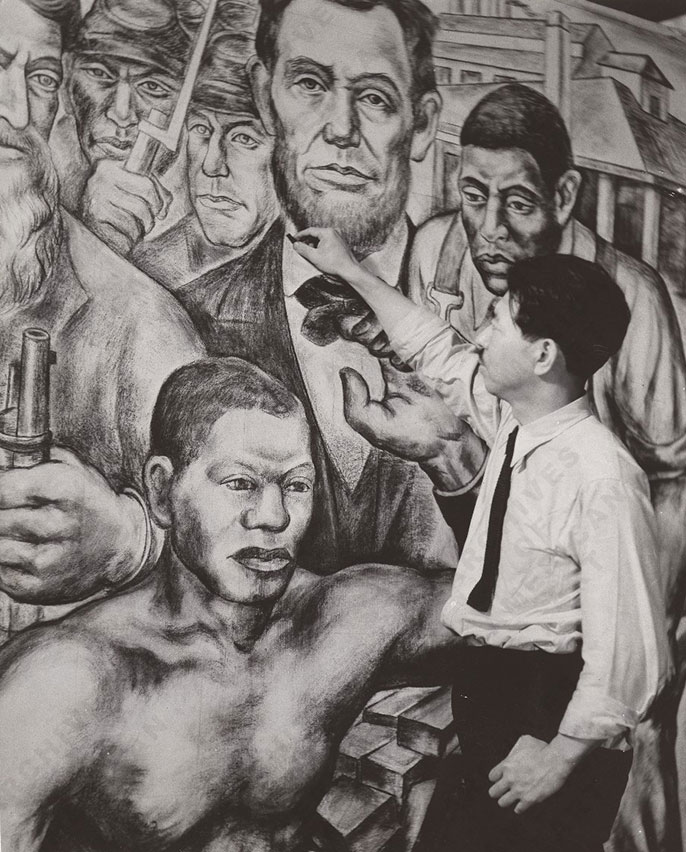 Eitaro Ishigaki is among the artists who will be studied by UC Merced professor ShiPu Wang.

For the past several years, art history Professor ShiPu Wang has been on a detective mission to find every work produced by a group of overlooked artists from the early 20th century.

Wang has reviewed copious primary source documents, pursued private collectors and family estates, and visited museums and galleries in Japan and the United States — all to rediscover the artists’ work for his research project "The Other American Moderns."

“It’s long and arduous, but it’s quite rewarding,” Wang said.

Wang’s project recently received a boost from the Smithsonian American Art Museum. He was awarded a Terra Foundation Fellowship in American Art, which gives him time to focus on writing what will likely be the go-to book on five artists:

The artists Wang is researching produced work that is inherently American, but because of their Asian-American status and the difficulty of locating their works, most of the artists have been overlooked in American art history books, Wang said. Though the styles and mediums vary, Wang said they were commenting on the socio-political aspects of American life.

“It’s not productive to look at a painting and simply label it as Japanese or American,” Wang said. “With those terms what we’re doing is putting the artwork in boxes. What the artists were doing was breaking boundaries.”

Wang will study them in context with other non-Asian American friends and communities that included Native Americans, African Americans, Jewish Americans and Caucasians.

For example, Matsura incorporated himself into fascinating photos of American Indians in Okanogan County, Washington, and Ishigaki and Noda created paintings featuring African Americans fighting for equality and justice.

While the works were produced in the United States, Wang said many of them are in Japan, as Japanese art collectors purchased them from American collections in the 1970s and 1980s. His book will include color reproductions of many of the works, which will be published for the first time in the United States. With an advance contract from a university press, Wang plans to complete his manuscript next spring.

It’s important for scholars to study artists beyond those with instant name recognition, Wang said.

“Our cultural heritage is more complex than looking at a few artists,” he said.