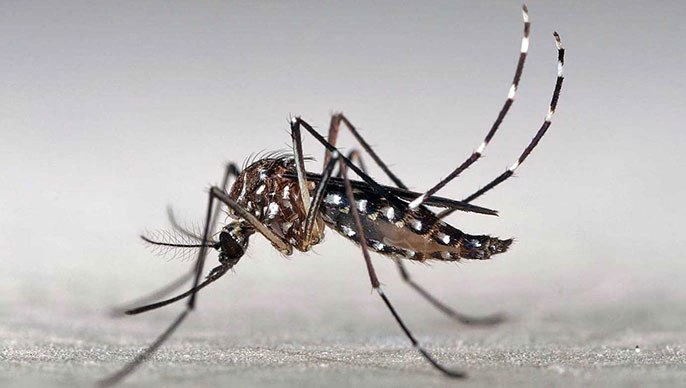 On April 18, 1947, a monkey in Uganda’s Zika Forest fell ill with a fever of 103 degrees Fahrenheit, 4 degrees higher than normal. “Rhesus No. 766” was part of a yellow fever virus study. Scientists took a blood sample. They conducted tests. The rhesus monkey had been stricken by something unknown. In time, the revealed virus would be named after the place where it was first discovered.

But for decades to follow, the Zika virus would garner only sporadic and limited scientific attention. It was determined that the virus could infect humans, but symptoms—if there were any—appeared to be mild (fever, joint pain, rash) and passing. Zika wasn’t deemed a significant human health threat until a major outbreak occurred in the Yap Islands north of Australia in 2007, followed by another in French Polynesia in 2013. For the first time, the Zika virus was associated with serious symptoms, including life-threatening neurological disorders.

Last year, the virus spread to Brazil, which will host the Olympic Games in August. Thousands were infected, including pregnant women who subsequently gave birth to babies with microcephaly—a birth defect characterized by an undersized head and brain.

Alarms sounded around the world. Reports of Zika cases began appearing elsewhere, including the United States and San Diego County. The virus is primarily transmitted through the bite of infected Aedes aegypti mosquitoes. Most cases outside endemic regions in Africa, Asia and South America are imported, borne by unsuspecting infected travelers, though Zika can also be sexually transmitted. No mosquito-transmitted Zika virus cases have been reported in the continental United States, but there have been cases reported in returning travelers.

But that’s changing fast—and some of the progress is being driven by researchers at UC San Diego Health.

“UC San Diego is a hotbed of science that can be applied in a very productive way,” said Dr. Robert Schooley, professor of medicine and chief of the Division of Infectious Diseases. “There are people here doing immunology who can characterize the immune response during an acute infection; in neurosciences who can characterize the impact of the virus on neural cells; who have been working on vaccines for HIV and are now turning their attention to this virus.”

Indeed, last month in a pair of scholarly journals and in an international announcement, UC San Diego researchers working on Zika have grabbed headlines and public notice:

On May 6, writing in the journal Cell Stem Cell, a team led by senior study author Tariq Rana, professor of pediatrics in the School of Medicine, published the first explanation of how the Zika virus can damage developing brain cells. Using a 3-D, stem cell-based model of a first-trimester human brain, the team discovered that Zika activates TLR3, a molecule human cells normally use to defend against invading viruses. Rana and colleagues also showed that by inhibiting this mechanism damage by the virus was reduced, hinting of a possible therapeutic approach to mitigating the effects of prenatal Zika virus infections.

“We all have an innate immune system that evolved specifically to fight off viruses, but here the virus turns that very same defense mechanism against us,” said Rana. “By activating TLR3, the Zika virus blocks genes that tell stem cells to develop into the various parts of the brain. The good news is that we have TLR3 inhibitors that can stop this from happening.”

On May 11 in the journal Nature, Alysson Muotri, associate professor in the UC San Diego School of Medicine departments of Pediatrics and Cellular and Molecular Medicine, with colleagues in Brazil, described the first “direct experimental proof” that the Brazilian strain of Zika virus can actually cause severe birth defects—previously only assumed based upon clinical observations and anecdotal evidence.

“The data in mice also suggest that microcephaly is only the tip of the iceberg,” said Muotri. “The animals have extensive intra-uterine growth arrest, which essentially means poor fetal development in the womb. Media covering the Zika story have focused upon affected babies with small heads because such images are profoundly dramatic, but the true health impact is likely to be more widespread and devastating.”

And on May 19, the OpenZika project debuted, a collaboration by IBM’s World Community Grid and scientists in Brazil, UC San Diego and Rutgers New Jersey Medical School. The project allows anyone with a personal computer or Android device to download and run an app that automatically performs virtual experiments for participating scientists whenever the machines are idle, such as looking for compounds that could form the basis for new antiviral drugs. Currently, there is no vaccine or medicine to treat Zika virus.

The project will screen more than 20 million compounds from existing databases against models of Zika protein structures with dramatically more speed than in a traditional lab. UC San Diego will play a key role when screening efforts identify promising candidates, said Jair Siqueira-Neto, assistant professor in the Skaggs School of Pharmacy and Pharmaceutical Sciences, where leading-edge robotic equipment will test the candidates against the actual virus.

“The best part of this project is that it’s truly ‘open’—we will share all of the data we gather with the research community and general public, further accelerating Zika virus research. What’s more, researchers not already participating in OpenZika are invited to submit proposals to receive free computing power to support additional Zika projects.”

Odds are some of those additional Zika projects will originate at UC San Diego.