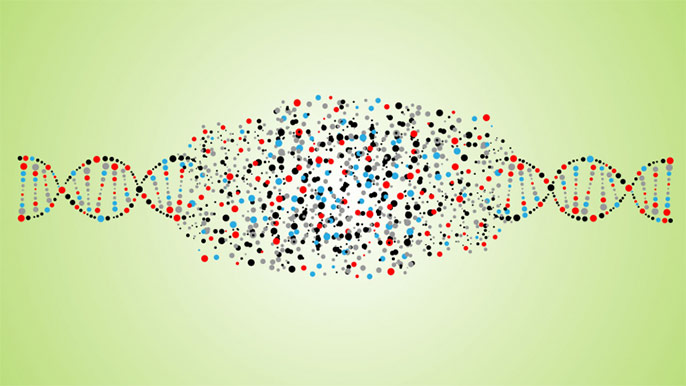 With two projects already underway to find new therapies for children with difficult-to-treat cancer and to help doctors diagnose hospitalized patients with acute infections, the California Initiative to Advance Precision Medicine (CIAPM) is announcing a new round of funding open to a wider range of applicants.

The initiative is a public-private effort by Gov. Edmund G. Brown Jr. hosted by UC San Francisco (UCSF) in conjunction with UC Health, which comprises the University of California’s five medical centers. The first two demonstration projects, funded a few months after the initiative was announced last year, were restricted to projects that were led by investigators at UC campuses.

The new round of funding, made possible through the 2016-17 state budget, is open to any public, private academic or nonprofit institution in California. Up to six proposals will be funded, for a total of $7.2 million. The state will also support an analysis of the ecosystem of precision medicine in California to spur more public-private collaborations through identifying pertinent data sets, research, private, academic and nonprofit contributions across the spectrum of precision medicine in California.

Atul Butte, M.D., Ph.D., who is leading the state initiative and directs the UCSF Institute for Computational Health Sciences, said the new state contribution will help to connect the many disparate players needed to deliver precision medicine technologies to patients.

“I am thrilled that the state has provided additional funding to this initiative to help advance precision medicine in California,” said Butte, a professor of pediatrics at UCSF and the director of clinical informatics at UC Health. “There is an incredible opportunity here to foster strong collaborations between innovators from all sectors, collaborations that will accelerate the achievement of our vision for improving health and health care by better understanding each person’s unique circumstances. There is so much potential in this state, and I can’t wait to see the proposals we expect to receive in response to the request we just released.”

One of the two current projects, the California Kids Cancer Comparison, which is using big data bioinformatics to help kids who did not respond to standard therapies, or for whom no effective standard therapies are available at diagnosis, has already helped doctors identify treatment options for several children with intractable cancer.

The other project, Precision Diagnosis of Acute Infectious Diseases, uses genetic sequencing to diagnose patients who are hospitalized with acute, life-threatening infections that doctors have been unable to diagnose, including encephalitis, meningitis and sepsis. The sequencing technology is able to sequence everything in a patient’s cerebrospinal fluid or blood and can detect any pathogen, whether it is a virus, bacteria, fungus or parasite. The team has completed laboratory validation for diagnostic testing from cerebrospinal fluid and will use the test during the next year to clinically diagnose 300 patients at three UC hospitals: UCSF, UCLA and UC Davis.

The California initiative was established in the spring of 2015 to catalyze precision medicine discoveries and technologies by coordinating public, private and nonprofit partners. The two funded projects involve extensive collaborations within the UC system, as well as with other academic medical centers in California, patient advocates and companies in Silicon Valley and the biotech industry.

The next six projects will be selected in a two-stage competitive peer review process later this summer and fall. Among the selection criteria are the project’s ability to leverage the state’s expansive and diverse patient data, research expertise and technological capabilities.