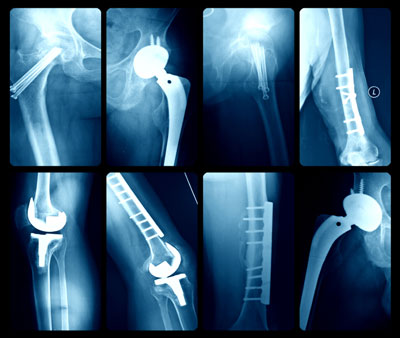 Medical procedures in the U.S.

A UCSF-led commentary is calling attention to a little-known regulatory loophole that allows unsafe and untested medical devices to reach the marketplace and harm patients.

UCSF and the Australian Joint Registry published this month a perspective in the New England Journal of Medicine that reveals the complex history of how metal-on-metal hip implants reached the marketplace.

The implants are categorized by the U.S. Food and Drug Administration (FDA) as high-risk surgical devices, yet have been allowed into the marketplace without first going through clinical trials, where a product is tested to determine its safety and effectiveness. They failed at a dangerously high rate, often requiring reparative surgery at least four times as often as traditional hip replacement surgery.

The perspective’s authors are calling for changes in how the FDA approves metal-on-metal hip replacement devices and other high-risk devices for the marketplace.

“If those hip implants are recalled, besides the problem of having to remove them because they’re very painful, they can release chromium ions into the blood stream which pose an unknown risk,” said Rita F Redberg, M.D., MSc, professor of medicine and director of the UCSF Women’s Cardiovascular Services. “Patients would also undergo significant disability having a second, third or fourth hip operation.”

“Some patients’ mobility will decline to the point of needing walkers or wheelchairs to get around and other serious events up to and including death can occur from subsequent operations,” Redberg explained. “And that’s just for the metal-on-metal implants.”

U.S. hospitals perform 48 million medical procedures each year, according to the U.S. Centers for Disease Control and Prevention. Of that number, roughly 676,000 patients undergo total knee replacement surgeries and 327,000 undergo total hip replacement surgeries. While the commentary focuses on metal-on-metal hip implants, Redberg noted that there are many more devices that slip through the same FDA loopholes.

“This could be potentially very dangerous. Many Americans — patients and even physicians —  are not aware of how many devices in this country are on the market without having clinical data of safety and effectiveness,” she said.

These high-risk metal-on-metal devices avoid going through clinical trials because of FDA loopholes in the 510(k) clearance, which allow them into the marketplace by claiming “substantial equivalence,” which means they are similar to already approved devices or “predicate devices.”

“All you have to do is show that your device is substantially similar to a number of other devices,” Redberg said. “And some of those devices which were originally approved have been recalled or pulled off the market, but their original approval was still allowed for those ‘predicate devices’ that claimed ‘substantial equivalence.’”

Even voluntarily recalled devices can serve as predicates under the 510(k) clearance as long as the FDA did not require their removal from the market or a court did not find they were misbranded or misrepresented in any way.

For patients who are in the process of undergoing a medical procedure, Redberg suggests they stay informed and ask many questions.

The authors have reported that they have no relationships relevant to the contents of this paper to disclose.