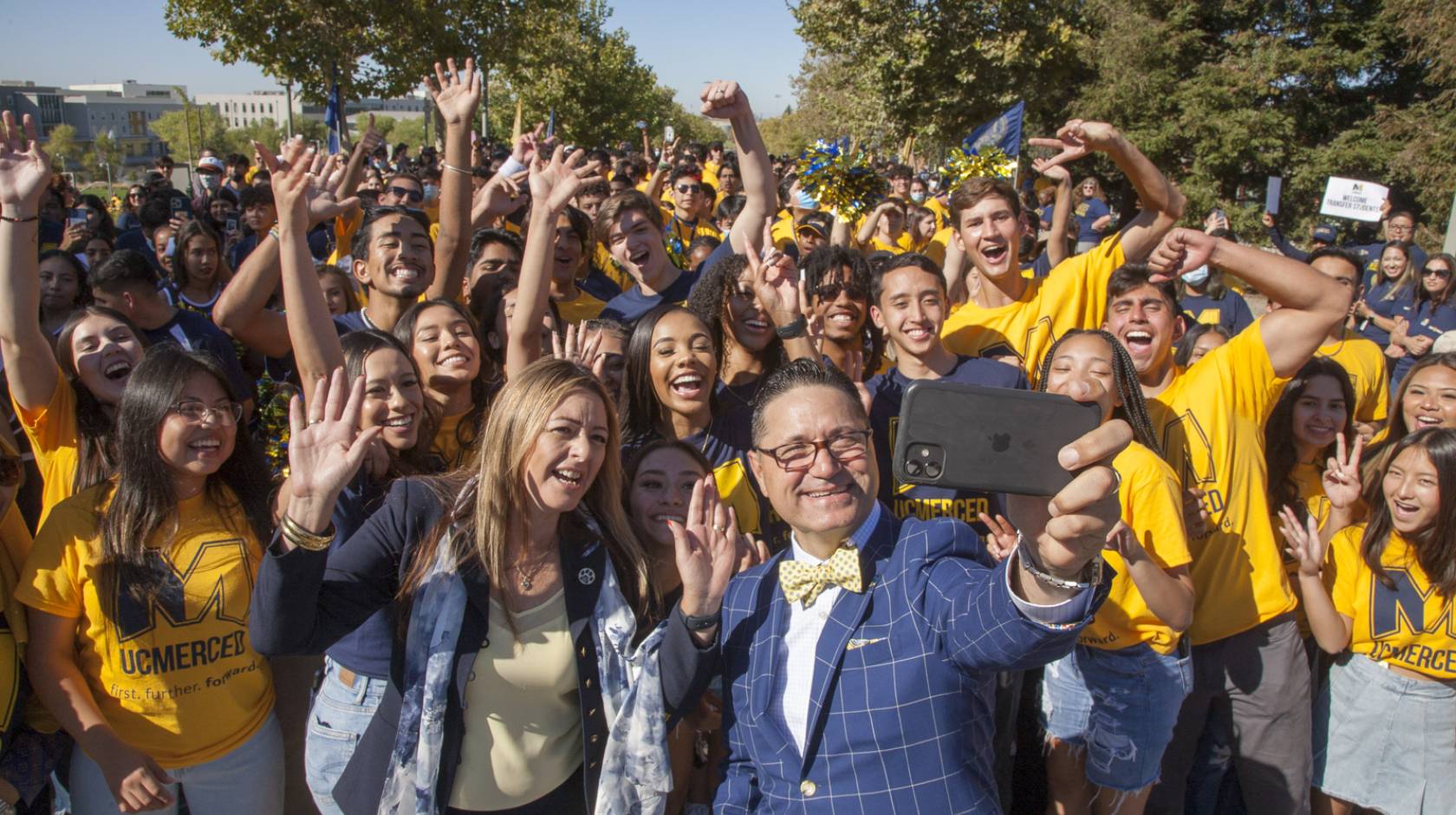 An elementary school field trip to UC Merced sealed the deal for Rajanae Jenkins. The sixth-grader liked its newly minted buildings and the easy drive from her Fresno home.

Fast-forward more than six years. Jenkins is gathered with nearly 2,400 first-year or transfer students for UC Merced's Scholars Bridge Crossing. She is majoring in biology. She has already seen many familiar faces.

"This was literally my only choice," she said.

Hers was among a multitude of backstories, aspirations and opportunities that traversed Scholars Bridge and passed through the Beginnings sculpture, continuing a fall semester kickoff tradition that traces back to the university's first year of instruction in 2005.

Brenden Dalipe is a first-year student from Alameda. The university gives him the UC experience he wanted — and something more.

"I like the newness of the campus," said Dalipe, who is undeclared but leaning toward an engineering major. "It's still small, which means it’s a tight-knit community. It makes it easier to settle in.

"I mean, I just saw somebody I haven't seen since ninth grade."

The throng of new students gathered on the green next to the Pavilion. They wore commemorative shirts — some gold, some blue. Chancellor Juan Sánchez Muñoz stood before them and smiled.

"What an enormous group!" he said. "What a magnificent group!"

Muñoz recalled the pioneering students, faculty and staff who took part in the first Scholars Bridge Crossing 17 years earlier. "Today — among your peers — we come together as one Bobcat community who embody each unique story and continue the pioneering spirit of those who came before us," he said.

Muñoz joined the procession, along with the deans and banners of the university's schools. The students passed under swaying arches of gold and blue balloons and were cheered on by staff and faculty who lined the bridge.

Debi Fitzgerald was a long way from her home in Lewiston, Idaho, where she works remotely as a program coordinator for AmeriCorps, part of the Community Engagement Center. She comes to Merced regularly — this time for student orientation sessions. But this trip to the Valley came with a bonus.

"I'm so excited to see this," she said, standing at the foot of the bridge. "I wasn't able to see it last year."

Marisela Angel held a sign that read "You've Got This." The chief administrative officer for the Office of Information Technology was on the bridge with several IT colleagues, as they are for every crossing. This time, though, Angel had more reason to celebrate — among the marchers was her son, Emanuel.

She said the El Capitan High School graduate was accepted to several UCs, but the biomedical engineering program at UC Merced was right up his alley, and he appreciated the advantages of a smaller campus: "He didn't want to be just another number."

After passing through Beginnings, the students formed the university's Big M logo — blue shirts on the left side, gold on the right. They did some cheers and waved at the video drone hovering above.

At a pivot point of the Big M, where the chalk outline took a sharp turn, stood Kimberly Mollencamp. The first-year student from Riverside said she came to UC Merced for the undergraduate research opportunities, because the campus feels friendly and inviting, and because the professors are friendly.

Her major? Astrophysics. "I hope to work for NASA someday," Mollencamp said.

Like her fellow new students, she's reaching for the stars. 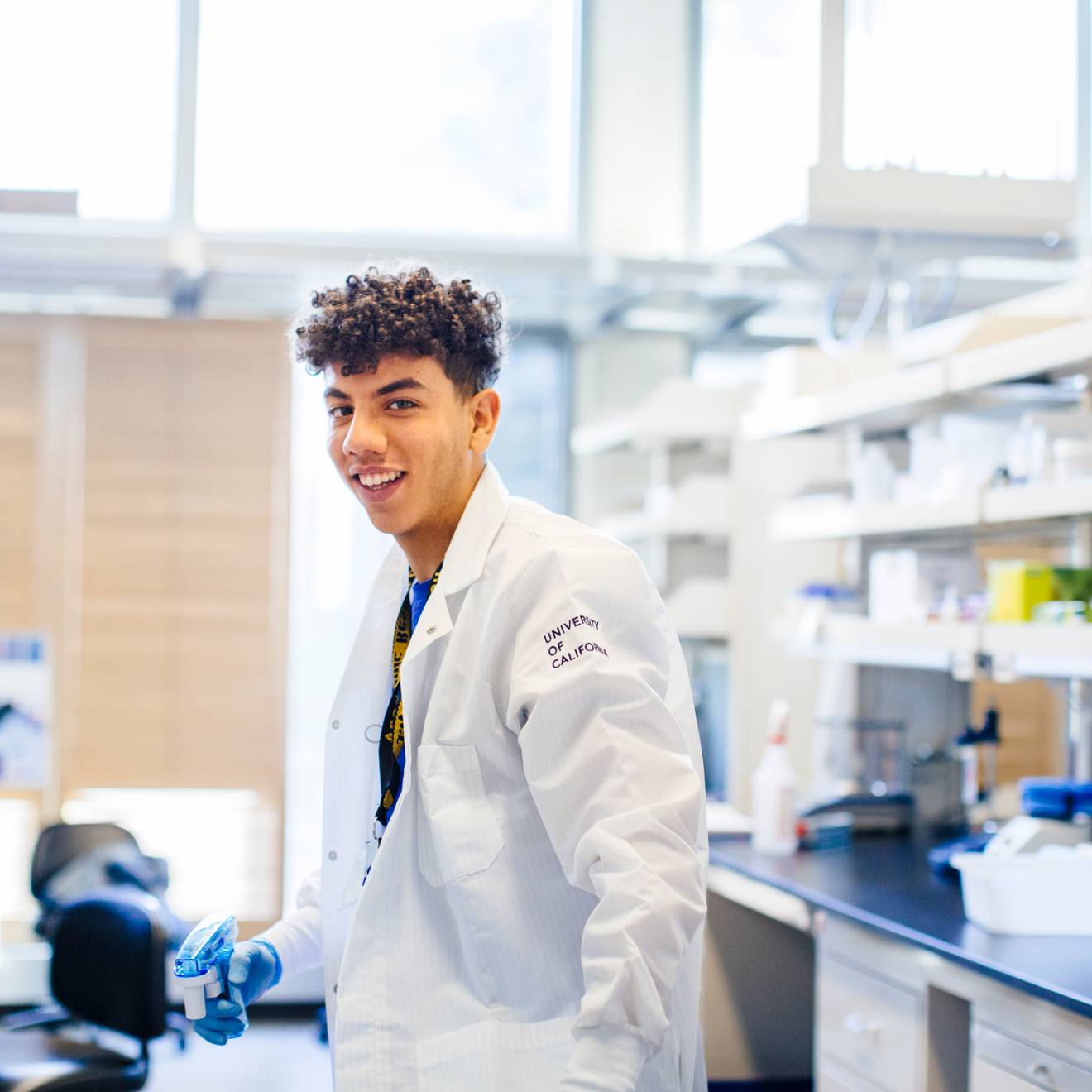 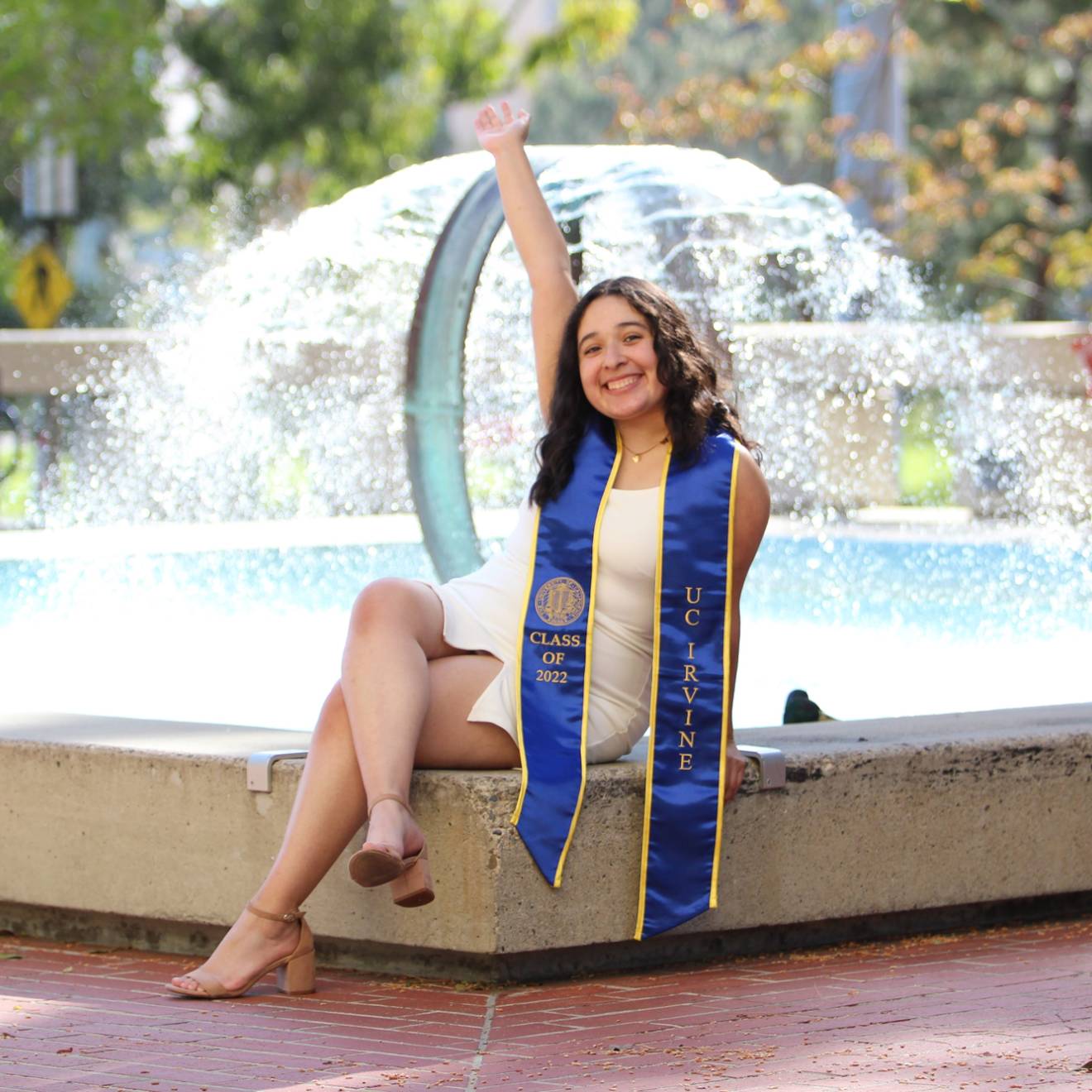