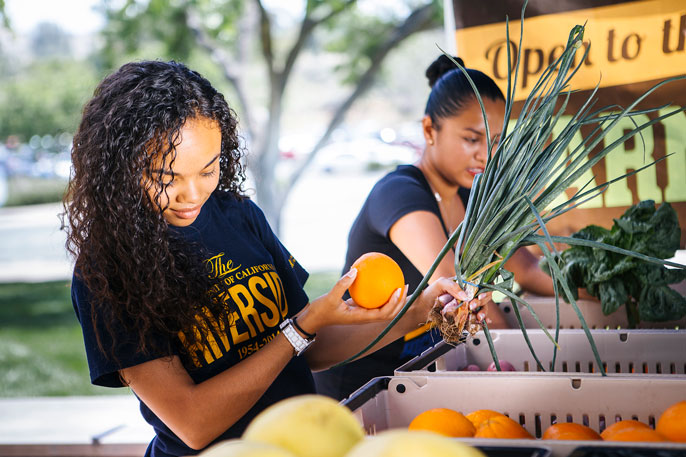 The reach of UC3

Some of the largest universities across Mexico, Canada and the United States have banded together to fight climate change, and are pledging to spur local action in their communities.

Dubbed the University Climate Change Coalition, or UC3, the new network represents more than 1.5 million college students — a veritable army of climate change warriors — along with many of the nation’s leading climate researchers.

Although many universities are working to reduce their carbon footprint, this group of 13 leading North American research universities looks to go further. They announced on Feb. 6 an agreement to use their collective brainpower to push for the adoption of research-driven climate policies and solutions — focusing first on their own communities.

Benjamin Sommerkorn, UC Riverside Ph.D. candidate and graduate student representative on UC’s Global Climate Leadership Council, applauds the new coalition’s embrace of local approaches to local problems, and hopes it grows into an opportunity for students to deepen their engagement with an issue that’s already near to their hearts.

“Students at UC are already hard at work pushing for sustainability in ways that address intersectional issues while fighting against climate change, as seen in the Fossil Free UC movement, the California Student Sustainability Coalition and the amazing local champions on every campus, such as those fighting to get and keep the UCR Community Garden (the R'Garden),” said Sommerkorn.

The coalition comprises some of the most productive institutions in the area of climate science and policy research. The U.S. members of the UC3 coalition together performed about one-quarter of the environmental science research conducted by all U.S. institutions in 2016, according to data collected by the National Science Foundation.

“Working together, we’re going to help businesses, cities and states achieve their climate goals, and accelerate the transition to a low-carbon future,” said UC President Janet Napolitano, who announced the coalition at the Second Nature Higher Education Climate Leadership Summit in Tempe, Arizona.

“The research universities in this group have the brainpower and other resources to make a difference in efforts to combat the damaging effects of climate change,” she said.

Every UC3 member will be holding a climate change forum in their own region in 2018 to bring together community leaders, entrepreneurs, elected officials and other local stakeholders. Each forum will be tailored to meet local needs and incorporate research-driven climate policies and on-the-ground solutions.

The coalition plans to release a report in late 2018 to pull together best practices, policies and recommendations from all UC3 forums into a framework that can be replicated around the world.

UC3 is operating in close partnership with Second Nature’s Climate Leadership Network, a larger group of colleges and universities that have committed to taking action on climate.

Under the Carbon Neutrality Initiative, the University of California has pledged to reach operational carbon neutrality by 2025, in line with the goals of the Paris Climate Agreement and the Under2 MOU for subnational climate leaders. With involvement in UC3, the hope is that UC’s impact can extend well beyond the university’s own footprint.

“Research universities have an obligation to address grand challenges,” said Napolitano. “Climate change is a grand challenge, and we have the capacity and the responsibility to help tackle it.”

For more information about the UC3 coalition, visit secondnature.org/uc3-coalition/.

To learn more about the University of California’s carbon neutrality and sustainability efforts, visit ucop.edu/sustainability.