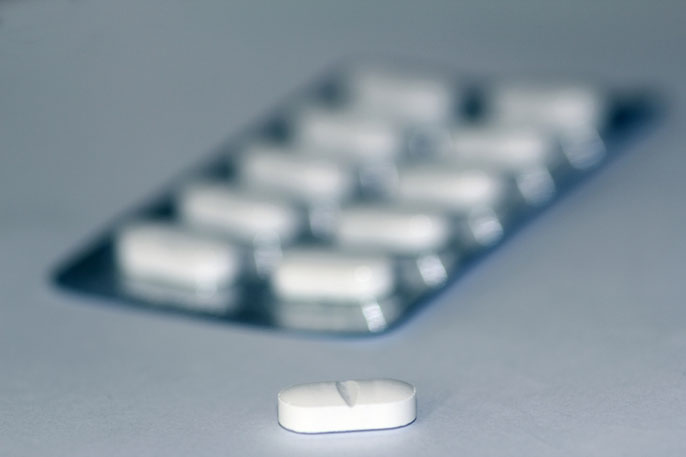 A chemical discovered in the Bruce Hammock laboratory at the University of California, Davis, may be a new, innovative tool to control depression, a severe and chronic psychiatric disease that affects 350 million people worldwide.

“The research in animal models of depression suggests that sEH plays a key role in modulating inflammation, which is involved in depression,” said Hammock, a distinguished professor of entomology with a joint appointment at the UC Davis Comprehensive Cancer Center. “Inhibitors of sEH protect natural lipids in the brain that reduce inflammation and neuropathic pain. Thus, these inhibitors could be potential therapeutic drugs for depression.”

Researchers from Hammock’s laboratory, collaborating with depression expert Kenji Hashimoto and colleagues at the Chiba University Center for Forensic Mental Health, Japan, examined the role of the potent sEH inhibitor known as TPPU, in a rodent model of depression, “social defeat.”

They found that TPPU displayed rapid effects in both inflammation and social-defeat-stress models of depression. Expression of sEH protein was higher in key brain regions of chronically stressed mice than in control mice, they found.

“Most drugs for psychiatric diseases target how neurons communicate; here we are targeting the wellness and environment of the neurons,” said UC Davis researcher Christophe Morisseau.

In further explaining the significance of the findings, UC Davis researcher Karen Wagner said: “The rapid antidepressant action of the sEH inhibitor in these murine (mouse) models of depression is truly noteworthy because current antidepressants used in humans and animal models take weeks to have full effects.”

The researchers also discovered that postmortem brain samples of patients with psychiatric diseases, including depression, bipolar disorder and schizophrenia, showed a higher expression of sEH than controls.

“All these findings suggest that sEH plays a key role in the pathophysiology of depression and that epoxy fatty acids, and their mimics as well as sEH inhibitors, are potential therapeutic or prophylactic drugs for depression,” Hashimoto said.

Robert E. Hales, distinguished professor of clinical psychiatry and the Joe P. Tupin Endowed Chair of the Department of Psychiatry and Behavioral Sciences at UC Davis School of Medicine, said new medication treatment approaches are needed to treat depression. Hales, who was not involved in the research, said the new paper represents “an important and novel approach to treating depression.”

“With lifetime prevalence rates of major depressive disorder being in the range of 16 percent and with nearly two-thirds of patients failing to respond to pharmacologic treatments, there is a pressing need to discover new medication treatment approaches,” Hales said. “Their findings lend support to the potential use of TPPU, a sEH inhibitor, as a new therapeutic medication to prevent and treat depression.”

Morisseau, Yang and Wagner are inventors on University of California patents related to soluble epoxide hydrolase. Some of these patents have been licensed by EicOsis Human Health, a Davis company founded by Hammock to develop pharmaceuticals to alleviate neuropathic and inflammatory pain.

The research was funded by Grant-in-Aid for Scientific Research on Innovative Areas of the Ministry of Education, Culture, Sports, Science and Technology, Japan, to Kenji Hashimoto, (#24116006); and a Research Fellowship for Young Scientists of the Japan Society for the Promotion of Science (Tokyo, Japan) to Qian Ren.

Hammock and Professor Bruce German of UC Davis recently received a National Institutes of Health grant in collaboration with Pei-an Shih of the UC San Diego Department of Psychiatry, to investigate the role of bioactive lipids in a related psychiatric disorder, anorexia nervosa.