Conversations I wish I had 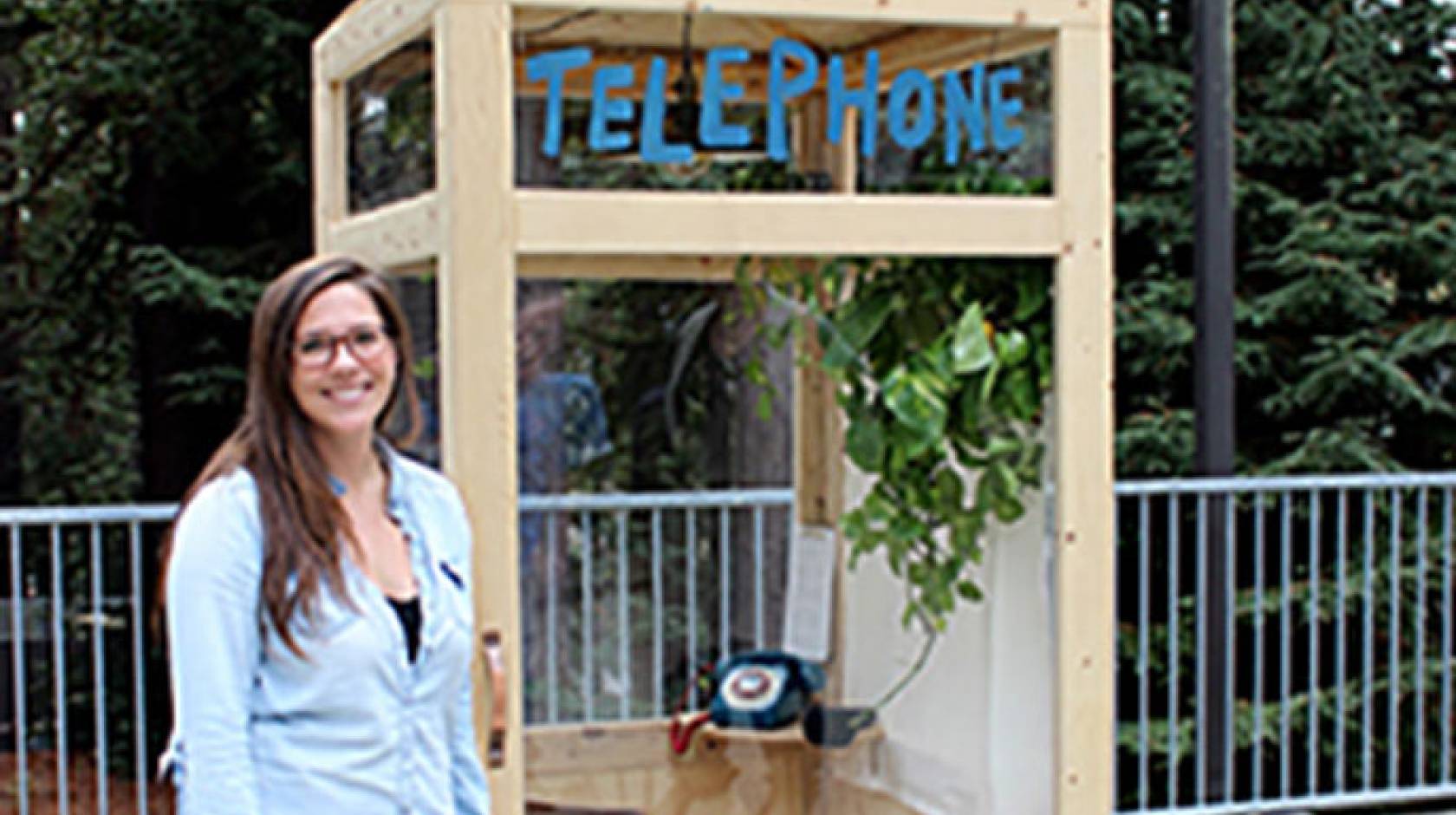 Credit: Blanca Rodriguez
Alumna Morgan Brown with her phone booth in the Humanities Courtyard. She graduated from UC Santa Cruz in 2012 with a B.A. in history.

History alumna Morgan Brown’s life changed drastically shortly after she graduated from UC Santa Cruz in 2012 with a B.A. in history.

Her mother was killed by a commercial truck driver under the influence of meth, who swerved into her lane and hit her car in a head-on collision.

Devastated after the incident took her mother’s life, Brown began traveling to escape. Over a six-month period, she visited nearly two dozen countries throughout Europe and Asia.

“The highlight of the trip was in Iceland, where I realized I didn’t have to be ‘Morgan, whose Mom died’ — I could just be someone who is traveling,” she recalled. “When I saw the Northern Lights, I felt a surge of happiness and I thought: ‘What is this emotion?’ And I realized it was happiness.”

'Death is not a dirty word'

Brown recently returned to campus to display her latest project, Conversations I Wish I Had. She spent an afternoon at UC Santa Cruz in the Humanities courtyard, alongside a beautiful custom-made, collapsible wooden phone booth — complete with vivid green plants and a stylish blue telephone.

The idea was for people to enter the phone booth and have a conversation with a lost loved one — whether they admired them, had unresolved issues, or just wanted to talk.

Brown explained that the phone booth creates a space to ask the question: “If given the chance to pick up the phone and talk to someone who has died, what would you say?” If the participants agree, some of their conversations are recorded for a podcast (anonymously, if they prefer).

Brown has spent the last few months going up the West Coast on a mini tour, doing a variety of pop-up events like this. It’s all part of her ongoing mission to make death and dying less taboo and bring it out into the open. As she explains on her web site, Death Dialogue:

“I'm a strong believer that death is not a dirty word and is a topic worthy of conversation. In 2012, I got a call from my dad saying my mom, whom I had seen just two days prior, was dead. With nothing to lose, I packed up my things and traveled the world. I was looking for an escape; what I found was connection. In every country I visited, I found stories of people who had lost loved ones and were questioning their mortality. I returned from that trip dedicated to telling those stories and talking about death and dying in a world that doesn’t.”

A different kind of Mother's Day

Brown’s other projects include A Different Kind of Mother’s Day, just launched in May, in which she connects moms who have lost kids with people who lost their moms--matching them up and having them call each other on Mother's Day.

“Its about getting to talk to someone who understands Mother’s Day isn’t always celebratory,” says Brown. "It’s about acknowledging Mother’s Day in a way that honors your loss. It is, quite literally, a different kind of Mother’s Day.”

Brown was also recently chosen to spend a week at Ideas Island in Sweden, as part of a not-for-profit Swedish project where people can stay one week for free on a private island to work on the creative project of their choice. She will go in 2018 and plans to spend the time working on her upcoming podcast titled DIEalogue.

Brown credits UC Santa Cruz history professor Alan Christy with teaching and inspiring her to approach all of her projects from a variety of different angles and platforms. She was an original member of Christy’s class on Japanese history that was so popular, the students persuaded him to continue doing historical research with them for years after the class ended, evolving into what is now known as The Gail Project.

“That was the probably the biggest highlight of my experience at UC Santa Cruz,” said Brown. “Along with living in the Trailer Park — I got to wake up in a forest everyday.”