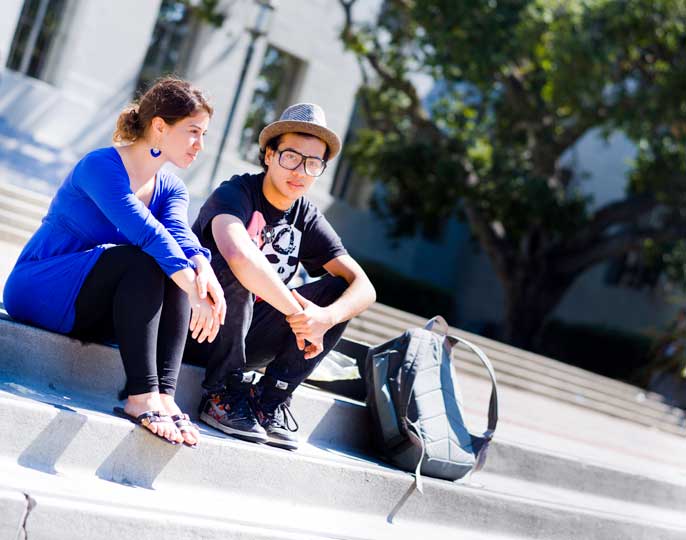 A UCLA survey of incoming freshmen reveals that cost and financial aid are playing a more important role in school selection.

Financial considerations are exerting an ever-greater influence on incoming freshman in the U.S., with college costs and financial aid playing an increasingly decisive role in their school-selection process, according to the CIRP Freshman Survey, UCLA's annual survey of the nation's entering students at four-year colleges and universities.

The survey, part of the Cooperative Institutional Research Program (CIRP), is administered nationally by the Higher Education Research Institute (HERI) at UCLA's Graduate School of Education and Information Studies.

Although more than three-quarters (75.5 percent) of those surveyed were admitted to their first-choice campus in 2013, the number of those who actually enrolled at their first-choice school hit an all-time low, as cost and financial aid incentives swayed decisions.

Only 56.9 percent of students enrolled at their first-choice campus in 2013, the lowest proportion since CIRP first measured the item in 1974, while the percentage of students indicating that cost was a "very important" factor in their college-choice process reached its highest point (45.9 percent) in the 10 years CIRP has measured the item — an increase of nearly 15 percentage points from 2004.

"The difficult financial decisions that students and their families have to make about college are becoming more evident," said Kevin Eagan, interim director of CIRP. "Colleges that can reduce net costs to families are gaining more of an edge in attracting students to their campus. Over 62 percent of students who were admitted to but did not attend their first-choice college said they were offered aid by the institution they chose to attend."

"First generation students do not want to create a financial burden for their families, who know less about the complex financial aid forms, details of loans and tax-credit benefits, which do not ease the burden of initial out-of-pocket costs," said Sylvia Hurtado, director of HERI. "Students are smart to understand net cost differences, but they otherwise must rely on high schools and institutions to help them navigate the college-choice and financial aid processes. It is not clear that there is adequate counseling for the final stage of decisions these students make."