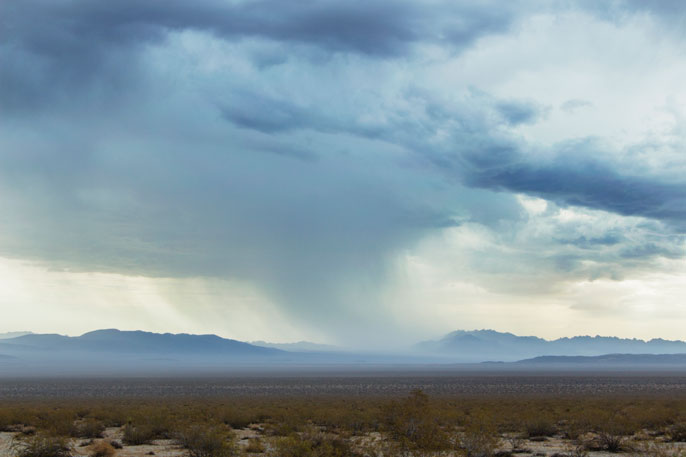 Earth's land masses have stored increasing amounts of water in the last decade, slowing the pace of sea level rise.

New measurements from a NASA satellite have allowed researchers to identify and quantify, for the first time, how climate-driven increases of liquid water storage on land have affected the rate of sea level rise.

A new study by scientists at NASA’s Jet Propulsion Laboratory (JPL) in Pasadena, Calif., and the University of California, Irvine, shows that while ice sheets and glaciers continue to melt, changes in weather and climate over the past decade have caused Earth’s continents to soak up and store an extra 3.2 trillion tons of water in soils, lakes and underground aquifers, temporarily slowing the rate of sea level rise by about 20 percent.

The water gains over land were spread globally, but taken together they equal the volume of Lake Huron, the world’s seventh largest lake. The study is published in the Feb. 12 issue of the journal Science.

Each year, a huge amount of water evaporates from the ocean, then falls over land as rain or snow, and returns to the ocean through runoff and river flows. This is known as the global hydrological cycle. Scientists have long known that small changes in Earth’s water cycle could lead to large, although temporary, changes in the rate of sea level rise. They did not know how large this effect could be, however, because there were no instruments that could measure these changes on a global scale.

The 2002 launch of NASA’s Gravity Recovery and Climate Experiment (GRACE) twin satellites provided the first tool capable of quantifying these trends. By measuring the distance between the two satellites to within the width of a strand of human hair as they orbit the planet, researchers can record changes in Earth’s gravitational pull that result from water moving across its surface. Careful analysis of these data, allowed the scientists to measure the change in water storage over land.

“We always assumed that people’s increased reliance on groundwater for irrigation and consumption was resulting in a net transfer of water from the land to the ocean,” said lead author J.T. Reager of JPL, who began the research project as a UCI graduate student. “What we didn’t realize until now is that over the past decade, changes in the global water cycle more than offset the losses that occurred from groundwater pumping, causing the land to act like a sponge.

“These new data are vital for understanding variations in sea level change,” added Reager. “The information will be a critical complement to future long-term projections of sea level rise, which depend on melting ice and warming oceans.”

Jay Famiglietti, UCI Earth system science professor and also senior water scientist at JPL is senior author of the paper. “This is the first study to observe these changing water storage patterns on land and their impact on modulating current rates of sea level rise,” Famiglietti said. “Our work will certainly sound the alarm about the possible effects of climate change on shifting patterns of freshwater availability, as well as the potential for modulating future rates of sea level rise by managing the amount of freshwater stored on land.”

Famiglietti also noted that the study is the first to observe global patterns of wetting and drying on land, with wet areas getting wetter and dry areas getting drier. “These patterns are consistent with projections under a warming climate,” he said. “But we’ll need a much longer data record to fully understand the underlying cause of the patterns and whether they will persist.”