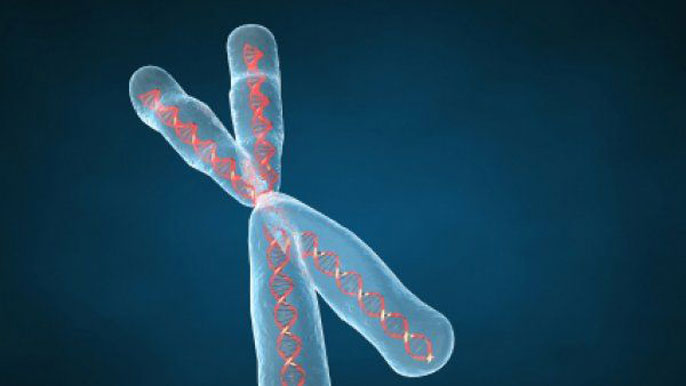 In a surprising finding using the standard animal model of Down syndrome (DS), scientists were able to correct the learning and memory deficits associated with the condition — the leading genetic cause of cognitive disability and the most frequently diagnosed chromosomal disorder in the U.S. — with drugs that target the body’s response to cellular stresses.

In a study published Nov. 14, 2019, in the journal Science, a team led by researchers at UC San Francisco and Baylor College of Medicine show that some of the intellectual impairments associated with DS may be traced to altered protein production in a region of the brain called the hippocampus, which is central to learning and long-term memory formation.

But in the so-called Ts65Dn mouse, engineered to capture genetic, behavioral and cognitive features of human Down syndrome, these changes can be undone. When the researchers administered drugs that target one of the cell’s key stress response pathways, they were able to bring protein levels back to normal, which caused the cognitive deficits typical of the Ts65Dn mouse to vanish.

Although the cognitive features of DS have generally been thought of as irreversible, the researchers say, these findings indicate that it may be possible to improve cognitive function in human DS using similar compounds.

New approach for studying Down syndrome

Because DS is caused by an extra copy of chromosome 21, scientists have generally studied the disease through the lens of genetics, focusing primarily on ways in which the superfluous chromosome disrupts normal gene activity. But in the new study, rather than restricting their efforts to genes and chromosomes, the scientists trained their sights on the largely unexplored role of “proteostasis” — a technical term for the cell’s protein manufacturing and quality control machinery — in DS.

Peter Walter, Ph.D., co-senior author of the study, spearheaded the research to uncover a link between proteostasis defects and DS.

“The vast majority of the field has been focusing on individual genes on chromosome 21 to figure out which ones are causally related to Down syndrome and its pathologies. Our approach was different. We were trying to uncover a link between proteostasis defects and DS,” said Peter Walter, Ph.D., professor of Biochemistry and Biophysics at UCSF and co-senior author of the new study.

Walter spearheaded the new study with collaborator Mauro Costa-Mattioli, Ph.D., a professor of neuroscience at Baylor College of Medicine who is currently a visiting professor in Walter’s lab thanks to a UCSF Presidential Chair Award.

To identify proteostasis problems that might contribute to DS, the researchers turned to a common mouse model that captures most of the chromosomal, developmental and cognitive abnormalities that define the human version of the syndrome.

Using polysome profiling, a technique that allows scientists to take a detailed snapshot of the cell’s protein factories in action, the researchers found that up to 39 percent less protein was being produced in the hippocampus of DS mice, prompting them to ask why extra copies of genes could lead to a decline in protein production.

The researchers discovered that hippocampal cells in DS mice had activated what’s known as the integrated stress response (ISR), a biological circuit that detects when something’s awry — the presence of an extra chromosome, for example, in the case of DS — and engages a protective response that activates machinery to tamp down protein production.

“The cell is constantly monitoring its own health. When something goes wrong, the cell responds by making less protein, which is usually a sound response to cellular stress. But you need protein synthesis for higher cognitive functions, so when protein synthesis is reduced, you get a pathology of memory formation,” said Walter.

Backing up these results, the scientists also found that the ISR was also activated in postmortem samples of brain tissue from people with DS. And by a stroke of pure luck, the researchers were able to obtain a tissue sample from a person with DS in whom some cells carried the expected third copy of chromosome 21, while others were genetically normal — the ISR, however, was only active in the cells with the extra chromosome.

Taken together, these findings strongly suggest that the ISR is involved in, and perhaps even responsible for, certain DS symptoms.

Though the ISR can be activated by four different enzymes, the scientists found that only one of them, named PKR, was involved in activating the ISR in hippocampal cells in DS. By blocking the activity of PKR they were able to prevent ISR activation and reverse the declines in protein production that had been observed in the brains of DS mice. But even more impressive, the researchers found that blocking the ISR significantly improved cognitive function in these mice as well.

The researchers used three different approaches to dial down ISR activity — deleting the PKR gene, using a drug that suppresses PKR activity, and finally, using a safe, well-studied drug called ISRIB that activates protein-manufacturing machinery that competes directly with the ISR’s efforts to shut off protein production. All three approaches yielded a marked improvement in cognition, as demonstrated by two different memory and learning tests.

“We started with a situation that looked hopeless, nobody thought anything could be done. But we may have struck gold.”
–Peter Walter, Ph.D.

Importantly, these changes were physiological as well as behavioral. DS mice that were given ISR inhibitors showed improved function at synapses, sites between nerve cells where changes associated with learning take place. In fact, after ISR activity was blocked, the brains of DS mice were transmitting fewer of the inhibitory signals that can make it harder for the brain to learn and form new long-term memories.

Though the results of the study were extremely promising, Walter cautions that much more in this area remains to be studied. Still, the findings are an important first step toward finding therapies that could improve the lives and overall health of people living with DS, a condition that has generally been considered untreatable.

“We started with a situation that looked hopeless,” Walter said. “Nobody thought anything could be done. But we may have struck gold.”

Disclosures: Peter Walter is an inventor on U.S. Patent 9708247 held by the Regents of the University of California that describes ISRIB and its analogs. Rights to the invention have been licensed by UCSF to Calico LLC. Wei Li is a consultant for the Chosen Med. The authors declare no other competing interests.