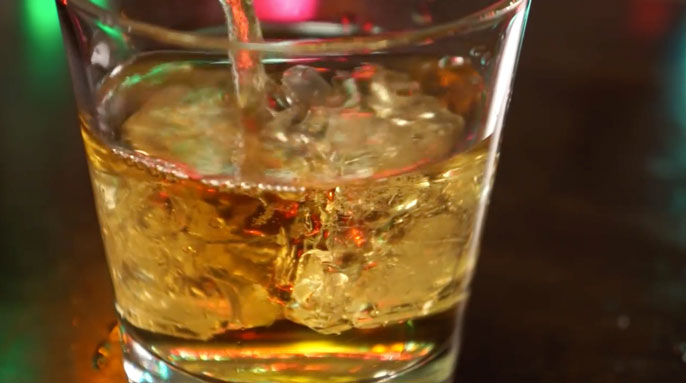 UCLA research shows that the drug, ibudilast, reduces people’s craving for alcohol and appears to improve their ability to recover from a stressful situation.

UCLA researchers have found that an anti-inflammatory drug primarily used in Japan to treat asthma could help people overcome alcoholism.

Their study is the first to evaluate the drug, ibudilast, as a treatment for alcoholism. Study participants were given either the drug (20 milligrams for two days and 50 milligrams for the next four) or a placebo for six consecutive days. After about a two-week break, those who took the drug were switched to a placebo for six days, and those who were taking the placebo were given ibudilast. The researchers found that the subjects’ craving for alcohol was significantly lower when they were taking the medication.

In addition, the participants’ reactions were measured after they were asked to hold and smell a glass of their preferred alcoholic beverage but not allowed to drink it. The subjects reported being in a better mood while they were taking ibudilast than when they were on the placebo.

The research evaluated 17 men and seven women who, prior to the study, reported drinking alcohol an average of 21 days per month and drinking seven alcoholic beverages per day when they drank. On the sixth day of each phase of the study, participants received an intravenous dose of alcohol — the equivalent of about four drinks — to test how the medicine interacts with alcohol and whether it can be safely administered when people are drinking. (Participants stayed overnight at the UCLA Clinical and Translational Research Center, where the study was conducted.)

“We found that ibudilast is safe and well-tolerated,” said Lara Ray, a UCLA professor of psychology, director of the UCLA Addictions Laboratory and the study’s lead author. “This medication can be safely administered, including when people are drinking alcohol.”

Side effects from the drug, which included nausea and some abdominal pain, were mild, and none of the participants dropped out of the study. The research is published online by Neuropsychopharmacology, and will appear later in in the journal’s print edition.

The treatment seemed to especially help those in the study who had depressive symptoms, which are common in heavy drinkers of alcohol. The drug appears to reduce the pleasurable effects of alcohol.

For one thing, other drugs that have shown promise in rats caused too many negative side effects in humans. That’s a common problem when medications tested on animals are then evaluated for human use; Ray said that many medications that are effective in animal studies ultimately fail to help people — a phenomenon she called the “valley of death” of pharmaceutical development.

“We’re excited to see that the strong animal data with ibudilast is now followed by our finding that ibudilast is well-tolerated in humans,” she said.

Although the new study is promising, further clinical trials are needed, said Ray, who is also a member of the UCLA Brain Research Institute. Ibudilast is not currently available as a treatment for alcoholism.

Ray plans to test the drug on heavy drinkers who expressly want to quit drinking. (Those in the current study were not trying to quit.) She also plans to study how ibudilast reduces brain inflammation.

Ray’s laboratory is recruiting people who want to quit smoking cigarettes and reduce their alcohol consumption. Participants will receive free medication and counseling. Candidates may call 310-206-6756 for information.

The medication was provided by MediciNova, which manufactures ibudilast.

Ray’s research was funded by the National Institute on Alcohol Abuse and Alcoholism (grant R21AA022214) and the UCLA Clinical and Translational Science Institute (grant UL1TR000124).