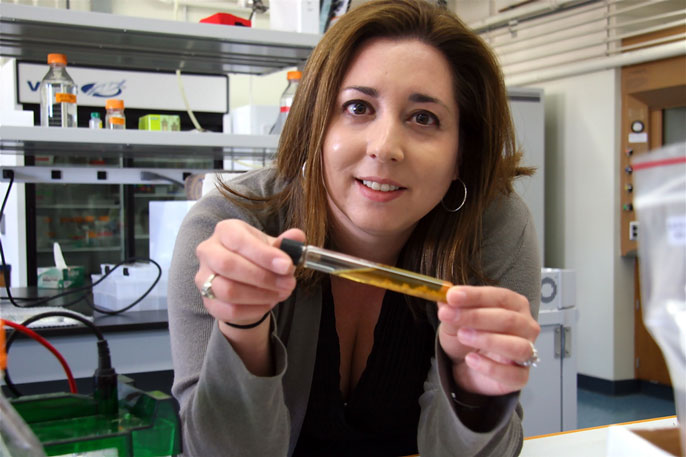 Fourteen University of California researchers are recipients of Presidential Early Career Awards for Scientists and Engineers, the highest honor granted by the U.S. government to scientific professionals in the initial phases of their careers.

Government agencies and departments select recipients annually based on the innovative nature of their research and their commitment to public service. This year, 105 scientists and engineers total earned awards.

Pieter Abbeel — Abbeel is an assistant professor of electrical engineering and computer sciences at UC Berkeley. His research concentrates on robotics and machine learning, producing a variety of applications, from a laundry-folding robot to the new app Gradescope. He has also been recognized for his exceptional mentorship of undergraduate researchers in his lab.

Hillel Adesnik — Professor Adesnik addresses fundamental questions of neuroscience as the principal investigator (PI) of the Adesnik Lab at UC Berkeley. An assistant professor of neurobiology, Adesnik’s goal is to reveal the neural basis of perception in humans and animals.

Tessa Hill — An associate professor in the Department of Earth and Planetary Sciences and at the UC Davis Bodega Marine Laboratory, Hill is also associate director of the UC Davis Coastal and Marine Sciences Institute. She studies the response of marine life to environmental changes, such as ocean acidification, and leads a National Science Foundation-supported program to promote climate change science in K-12 classrooms.

Alon Gorodetsky — Gorodetsky is an assistant professor of chemical engineering and materials science at the UC Irvine Samueli School of Engineering. He leads the Gorodetsky Group for Biomolecular Electronics, working at the intersection of physics, chemistry, biology and materials science, and recently discovered a protein that may improve communication between medical devices and the human body.

Dino Di Carlo — A professor in the department of bioengineering and biomedical engineering at UCLA, Di Carlo studies cancer metastasis and nonlinear microfluidics in his lab.

Jonathan Hopkins — Hopkins is an assistant professor of mechanical engineering and director of the Flexible Research Group at UCLA. The aim of his research is to understand and create sophisticated flexible structures with extraordinary capabilities, such as elastic energy storage and release.

Benjamin Williams — Williams is an associate professor and area director of physical and wave electronics at UCLA. He operates the Terahertz Devices and Intersubband Nanostructures Laboratory, which studies device physics and pioneers the development of new devices that can generate and control terahertz radiation.

Adam Abate — Abate is an assistant professor of bioengineering at the UC San Francisco School of Pharmacy. His research focuses on microfluidics for applications such as genetic sequencing and cell sorting that could help engineer proteins and diagnose cancers.

Michelle O'Malley — An assistant professor of chemical engineering at UC Santa Barbara, O’Malley engineers protein synthesis and manipulates cellular behavior in her lab for biomedical and environmental applications, with a particular focus on energy efficiency and sustainability.

David Mascareñas — Mascareñas is a research and development engineer at the Los Alamos National Laboratory's Engineering Institute and also runs the laboratory's Dynamic Summer School. He founded the laboratory's Advanced Studies Institute, a unique educational program that invites doctoral students and postdoctoral researchers to propose new solutions to vital issues relating to global security. He researches the deployment of sensor nodes and wireless sensor networks, and the development of techniques to better connect humans to data via vibro-tactile interfaces.