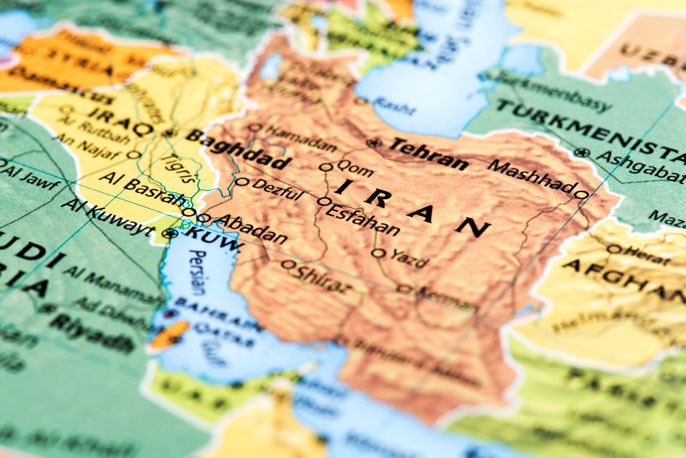 The drone strike that resulted in the death of Iranian general Qasem Soleimani, and the subsequent missile strikes by Iran on American military bases in Iraq, have dominated news headlines. Reports have focused on the strikes themselves as well as on the potential political and military implications and what additional action the Iranian government might take.

But according to UC Santa Barbara sociology professor Kevin B. Anderson, an expert on social and political theory and on social change in the Middle East, particularly in Iran, understanding the broader social and historical contexts that dominate the country is key to navigating the current political crisis.

Anderson, who has joint appointments in the university’s political science and feminist studies departments, sat down with UC Santa Barbara's The Current to explore some of those contexts.

The Current: What picture does the initial reporting paint about the situation with Iran?

Kevin Anderson: The most recent round of tensions is reported as having begun last week with an attack by an Iranian-inspired militia on a U.S. base in Iraq, followed by a U.S. missile attack on the bases of this militia in Iraq and Syria, followed by the very confrontational demonstration by members of this militia and their allies at the U.S. embassy in Baghdad, followed by President Trump’s drone attack outside the Baghdad airport that killed Iranian general Soleimani and a key Iraqi militia leader, and then the Iranian missile attack yesterday on the two U.S. military bases in Iraq.

Unfortunately, this misses the bigger picture, particularly the increasingly harsh sanctions regime that has resulted from the Trump administration’s having pulled out of the Iran nuclear agreement a little over a year ago. This has led to untold suffering inside Iran for the population, something that has been little touched upon. Yet this very harsh sanctions regime, which has done everything from cutting Iran off from most of the world’s oil market to depriving ordinary citizens of access to crucial medical devices like dialysis machines, is mentioned only in passing.

TC: Can you discuss Iran’s struggle for social justice and how this situation impacts those efforts?

KA: A second missing social context relates to the continuous resistance and revolt by the Iranian people over the past decade. While this is sometimes mentioned in the media, it is not analyzed or even covered in depth. Over the past dozen years, Iran has experienced the middle-class-led 2009 mass upheaval organized by the Islamic Reform Movement versus an apparent election fraud that kept conservatives in power, the 2017-18 insurrections by the poorer classes in smaller towns and provincial cities, and the much larger November 2019 insurrection. The latter began against higher gasoline prices, but spun into a massive revolt of poor and working people, often joined by the urban middle classes and that was suppressed with tremendous violence. Such revolts can emerge more easily when the ruling groups are divided.

A possibly unintended consequence of the assassination of Soleimani is that it has unified, at least for now, the two ruling groups, the reformists and the hardliners. In the last few days, even Reformists like Mohammad-Ali Abtahi, tortured and imprisoned as a leader of the 2009 protests, have praised Soleimani and joined in the state-led mourning of his death. In this sense, the assassination has solidified the regime against existing or possible opponents, probably buying it time.

TC: Are there aspects of Iranian culture that are not fully represented in the media?

KA: The fact that more women than men attend universities, that more books are translated each year into Persian than Arabic, that Iran has feminist publishing houses that translate many works in feminist theory, flies in the face of the “othering” carried out by a U.S. mass media filled with stereotypes of fanatical terrorists and intensely pious Shia Muslims. Iran is in fact as polarized as the U.S., with a hard core of strong regime supporters, and equally hard core of committed oppositionists, and a vast majority in the middle that by now probably leans much more toward the opposition.

TC: What international dimensions are not receiving adequate attention?

KA: Two major aspects are largely ignored. One of these is the fact that the U.S. is almost completely isolated in its aggressive stance toward Iran, especially since the recent escalation seen in the assassination of Soleimani. Another international context that is ignored or minimized centers on the whole series of protests and uprisings against corruption and for democracy that have sprung up in the Middle East in the past few months, many of them targeting regimes like those in Iraq or Lebanon that are seen as dominated by Iran. These protests, which have shown a strong participation by women, will also be undercut by the assassination of Soleimani, which will give a new lease on life to fundamentalist militias backed by Iran.