Fired up for the future 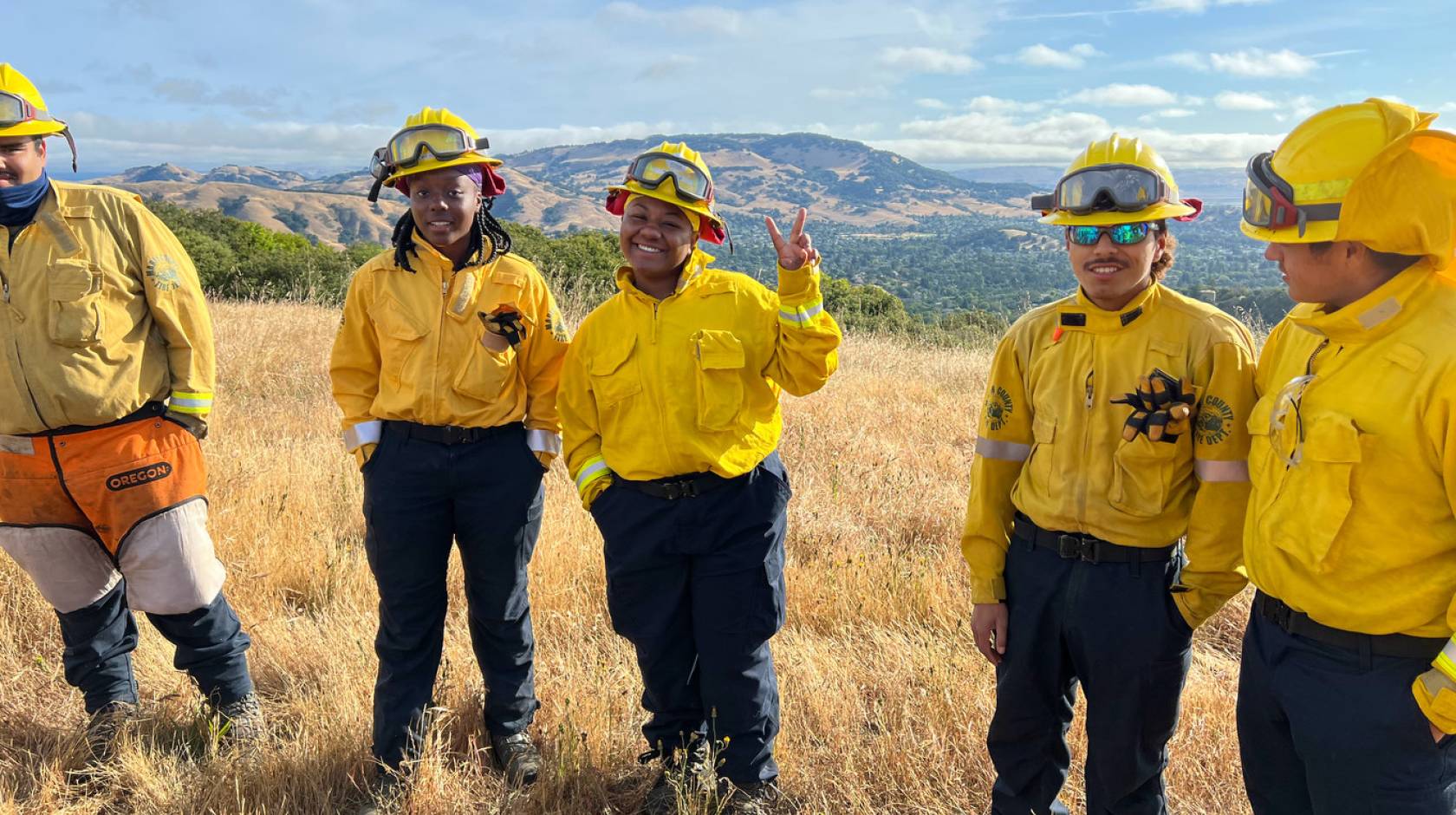 As another potentially devastating wildfire season begins, California is facing a shortage of wildland firefighters. To meet this challenge, the Marin County Fire Department and UC Berkeley have partnered to form FIRE Foundry (Fire, Innovation, Recruitment and Education), a program that recruits young adults from underrepresented communities for a career in fire service and trains them on cutting-edge firefighting technologies.

This summer marks the first real fire training exercises for the inaugural cohort of FIRE Foundry recruits. Through UC Berkeley’s Disaster Lab, these firefighters in training have participated in a controlled burn of about 300 acres above the city of Novato, California, while working alongside Berkeley engineers field-testing mobile energy generators, electric emergency and fire prevention vehicles, artificial intelligence wildfire detection systems and other innovative tools.

“FIRE Foundry is unique because it aims to remove both the barriers that prevent underrepresented groups from pursuing careers in fire service and the barriers that impede technology adoption in that field,” said Thomas Azwell, who leads Disaster Lab, UC Berkeley Engineering’s multi-faceted program that works to develop and deploy innovative engineering solutions for environmental challenges. “We hope that it may serve as a template for future recruiting and training programs.”

Breaking down the barriers

FIRE Foundry is a multiorganizational collaboration led by the Marin County Fire Department in partnership with UC Berkeley, the Marin County Office of Equity, several other Marin fire agencies, the College of Marin and the Conservation Corps.

Two years ago, Marin County Fire Department Fire Chief Jason Weber approached Azwell about creating a development program to increase diversity in the fire service, specifically by recruiting more people of color and women. Azwell was on board to create a partnership that would draw from the many resources of Disaster Lab.

An environmental scientist with experience in disaster response, Azwell had recently shifted his focus from remediation projects abroad to the growing scourge of wildfires in California. He believed that communities would benefit from more diverse fire crews, and he saw an opportunity to educate this next generation of firefighters on new technologies to combat wildfires.

Initially, Weber and Azwell identified a lack of outreach and financial hurdles as the reasons why there were so few firefighter applicants from traditionally underrepresented communities. Azwell and Weber decided to expand the development team for the program to bring in additional expertise in equity-centered program design and technology education.

Sukh Singh, manager of Disaster Lab; Joshua Dimon, visiting scholar with Disaster Lab; and Sofia Martinez, equity analyst for the Marin County Office of Equity, began to flesh out the design for FIRE Foundry with Azwell and Weber. Together, they learned that to reverse the low numbers of women and people of color in the fire service, they would need a more holistic approach to outreach. This included identifying clear pathways into the fire service, building a sense of belonging through apprenticeship and mentorship, and providing educational counseling for those from communities underserved by quality school systems.

FIRE Foundry aimed to fill those needs, beginning with its first cohort. Of those 19 recruits, the majority identify as Latinx and African American, and eight recruits identify as women or nonbinary.

“We created a program that provides the wraparound services — from financial support to mentoring — to support recruits through the education piece, their Emergency Medical Technician [EMT] certification and Firefighter 1 Academy,” said Azwell. “We want them to have what they need to not only be qualified but to be the most exceptional candidates applying for fire service careers.”

Support starts early when recruits are as young as 18 years old. It begins with the coursework, offered in collaboration with the College of Marin, and continues through the rigors of the firefighting academy.

After a year in the FIRE Foundry program, the participants will have earned certificates for Emergency Medical Responder (EMR) and EMT, and they will have finished the required prerequisite coursework on introductory fire operations and science, plus wildland fire and emerging fire science and technology skills.

The program continues to provide support for candidates as they progress through the fire academy and to prepare academy graduates for job interviews. After graduates are hired and work for a year or so, program managers will ask them to return as mentors for future recruits in the program.

According to Weber, the partnership with Berkeley is an integral part of the experience. “I think the importance of secondary education and having an institution like Berkeley that has such a wonderful reputation just on its own brings value to the program,” he said.

Azwell also works with colleagues to integrate the fire detection and response technologies being developed through Disaster Lab into the FIRE Foundry training program. Because Disaster Lab brings together research resources from a host of agencies and organizations — including UC Berkeley labs, fire technology startups, fire agencies, the Department of Defense and multiple branches of the military — recruits are introduced to some of the latest tools and methods being developed for firefighting.

“We work with Esri, which makes GIS [geographic information system] software that people can use to map out vegetation and roadways,” said Azwell. “And we teach the recruits how to use satellite data and scientific training from NASA for remote fire detection to inform early response.”

Weber believes that bringing emerging technology into the fire service, especially for those just starting their career, is a critical piece of the program. “It will allow them not only to test the technology that is emerging, but for this next generation — which is much more tech savvy than all of us existing firefighters — it will give them the opportunity to use and embrace new and emerging technologies in the fire sciences,” he said.

Many of these technologies were developed by startups incubated through the CITRIS Foundry and the Sutardja Center for Entrepreneurship & Technology. Some originated with the Challenge Lab courses, which focus on gaps in innovation and ideas for meeting those needs, taught by Azwell at Disaster Lab.

One of the technologies being tested at the Wildland Academy is a sensor designed by Squishy Robotics, a company spun off from research that began at Berkeley. Its co-founder, Alice Agogino, professor of mechanical engineering, and her team have created a sensor package surrounded by a tough but flexible exoskeleton that can be used to collect data in various disaster situations. Firefighters, for example, can toss this sensor near a fire to monitor thermal data as well as toxicity, smoke, heat and other valuable metrics. FIRE Foundry recruits will have the opportunity to interact with Squishy Robotics at the next Wildland Academy and provide their feedback on these sensors.

“Having that kind of applied opportunity isn’t only good for the scientists innovating, but it’s also good for the firefighters who are the potential adopters of this technology,” said Azwell. “Then they get to communicate their needs directly to the innovators.”

Other technologies that will be evaluated in the field at the Wildland Academy include a distributed network of sensing devices that continuously monitor grid equipment, such as poles and power lines, for changes in their mechanical behavior to determine their operational integrity. Developed by Gridware, a company co-founded by UC Berkeley Engineering and CITRIS Foundry alumnus Tim Barat (B.S.’19, M.S.’20 EECS), this early-detection system helps spot issues before they can lead to power grid failures and wildfires.

“These are examples of opportunities for Berkeley scientists and the recruits to learn about indicators of potential fire and the technologies that can detect them,” said Azwell.

A few technologies have already found their way into today’s firefighting toolbox, and the Wildland Academy will provide an opportunity for recruits to train on those devices, including drones with infrared capabilities to see fire through the smoke.

“We’re training our recruits to get their license to fly drones, so we’ll do some of that training during the controlled burn,” said Azwell. “But there’s also interest in specialized drones that can lift a heavy payload and deliver things like hoses to crews up on a hill. We’ve invited the company that makes those drones to our next controlled burn, along with a company that makes autonomous bulldozers that you can drive remotely into a risky area to cut a firebreak, so firefighter dozer operators do not have to get as close to the fire.”

According to Azwell, introducing new technologies to the fire service can be challenging, since firefighters have been using many of the same technologies for generations and it requires a level of expertise to properly evaluate new tools. He hopes that these creative collaborations with industry, academia and government organizations can continue to help move innovation out of the lab and into the field to pave the way toward technology adoption.

“When our recruits go into job interviews, they’ll have a résumé that says they collaborated with UC Berkeley’s Disaster Lab to develop and evaluate fire mitigation technologies,” said Azwell. “By bringing that experience and extra education into their careers, our recruits not only stand out when applying, but also can help the fire service make informed decisions around adoption and shape the future of firefighting.” 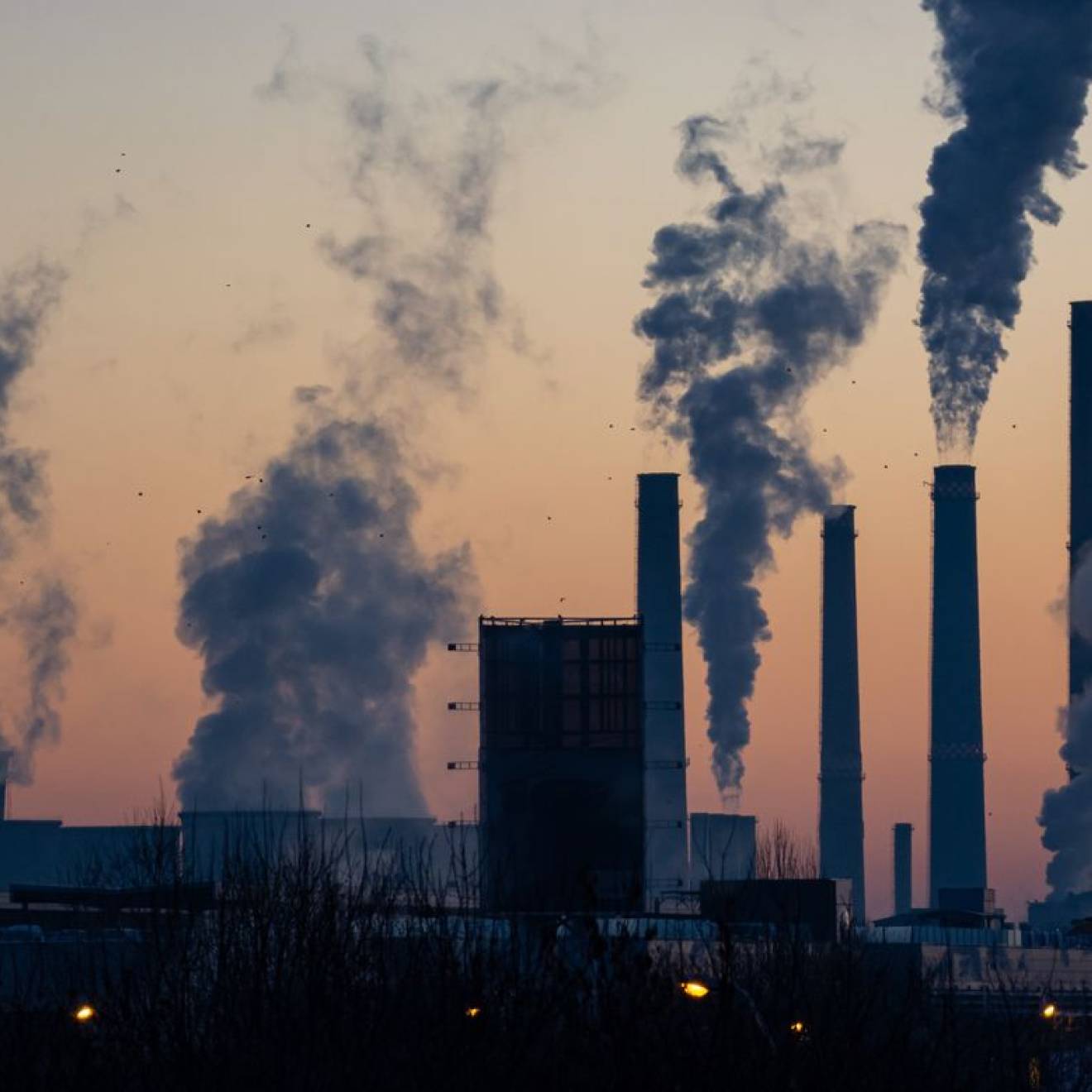 The Supreme Court ruled against the EPA. Here’s what UCLA…

The decision could have wide-reaching consequences for federal agencies’ ability to regulate industries.