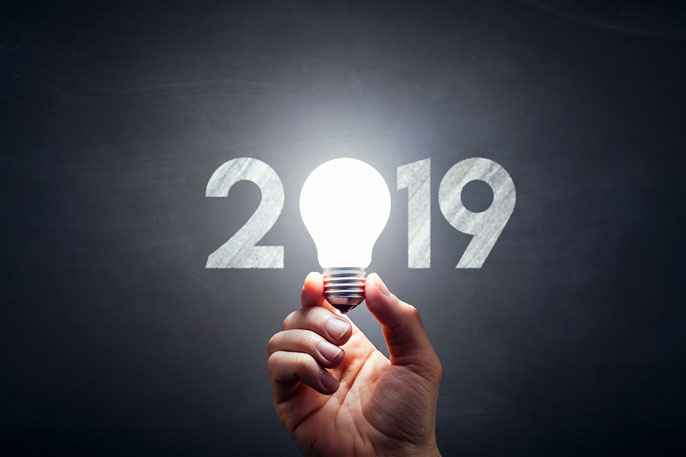 Research from across UC’s 10-campus system accounted for 14 of the top 100 most discussed findings in 2019.

A device that translates brain signals into speech? It sounds like science fiction, but it was one of the University of California research breakthroughs that got the world’s attention in 2019.

That wasn’t the only UC research to go viral this year, according to the Altmetric Top 100, an annual ranking of the most shared, discussed and tweeted studies in popular and online media around the globe. Research from across UC’s 10-campus system accounted for 14 of the top 100 most discussed findings this year.

Here’s a look back at a few of the UC stories that got the world’s notice:

The study was conducted in research participants with intact speech, but with further refinement, the technology could restore the voices of people who have lost the ability to speak due to paralysis and other forms of neurological damage, researchers reported.

“For the first time, this study demonstrates that we can generate entire spoken sentences based on an individual’s brain activity,” said senior author Edward Chang, M.D., a professor of neurological surgery and member of the UCSF Weill Institute for Neuroscience. “This is an exhilarating proof of principle that with technology that is already within reach, we should be able to build a device that is clinically viable in patients with speech loss.”

UC Berkeley and University of Chicago researchers in October published a study finding significant racial bias in a category of algorithm that influences health care decisions for over a hundred million Americans.

The study found that a type of software program that determines who gets access to high-risk health care management programs routinely let healthier whites into the programs ahead of blacks who were less healthy. Eliminating bias in the algorithm could more than double the number of black patients automatically admitted to these programs, the study revealed.

“The algorithms encode racial bias by using health care costs to determine patient ‘risk,’ or who was mostly likely to benefit from care management programs,” said Ziad Obermeyer, acting associate professor of health policy and management at UC Berkeley. “Because of the structural inequalities in our health care system, blacks at a given level of health end up generating lower costs than whites. As a result, black patients were much sicker at a given level of the algorithm’s predicted risk.”

Antarctica experienced a six-fold increase in yearly ice mass loss between 1979 and 2017, according to glaciologists from UC Irvine, NASA’s Jet Propulsion Laboratory and the Netherlands’ Utrecht University. Their study found that the accelerated melting caused global sea levels to rise more than half an inch during that time.

“That’s just the tip of the iceberg, so to speak,” said Eric Rignot, chair of Earth system science at UC Irvine and the study’s lead author. “As the Antarctic ice sheet continues to melt away, we expect multi-meter sea level rise from Antarctica in the coming centuries.”

Kids these days: Why the youth of today (and yesterday) seem lacking

Actually, the problem is with us, not them, reported UC Santa Barbara psychological scientist John Protzko. Grumbling about the younger generation is an age-old practice that transcends both culture and time. Protzko has termed the phenomenon the “kids these days effect.”

“There is a psychological or mental trick that happens that makes it appear to each generation that the subsequent generations are objectively in decline, even though they’re not,” said Protzko, whose research appeared in the journal Science Advances. “And because it’s built into the way the mind works, each generation experiences it over and over again.”

A team of scientists, including those at UC Riverside, tracked millions of deaths around the globe and found that poor eating habits kill more people than tobacco. In fact, poor diets are responsible for more deaths around the world than any other risk factor.

“The results are based on limited data and assumptions, but conclusions are consistent with major reports from public health and medical authorities,” Marion Nestle, professor emerita of nutrition, food studies and public health at New York University, and a UC Berkeley alumnus, told The Washington Post. Nestle noted that the researchers seem to be recommending a largely, but not exclusively, plant-based diet, “and that’s what everybody is saying these days.”