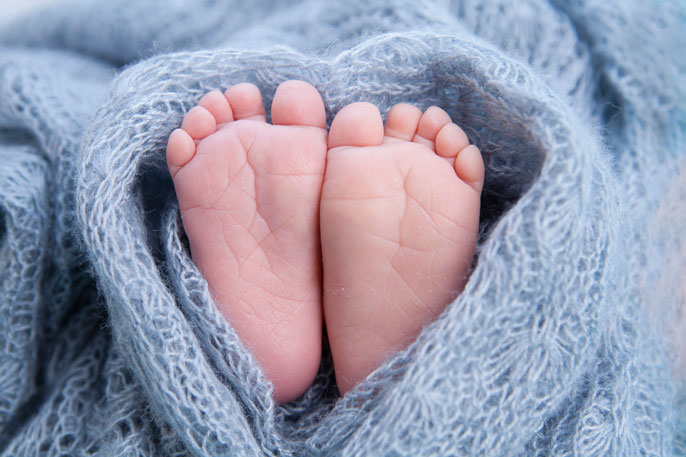 A hazardous class of flame retardant chemicals commonly found in furniture and household products damages children’s intelligence, resulting in loss of IQ points, according to a new study by UC San Francisco researchers.

“Despite a series of bans and phase-outs, nearly everyone is still exposed to PBDE flame retardants, and children are at the most risk,” said UCSF’s Tracey Woodruff, professor in the Department of Obstetrics, Gynecology and Reproductive Sciences and a member of the Philip R. Lee Institute for Health Policy Studies. “Our findings should be a strong wake-up call to those policymakers currently working to weaken or eliminate environmental health protections.”

The findings go beyond merely showing a strong correlation: using rigorous epidemiological criteria, the authors considered factors like strength and consistency of the evidence to establish that there was “sufficient evidence” supporting the link between PBDE exposure and intelligence outcomes. Furthermore, a recent report by the National Academies of Sciences endorsed the study and integrated evidence from animal studies to reach similar conclusions that PBDEs are a “presumed hazard” to intelligence in humans.

Researchers examined data from studies around the world, covering nearly 3,000 mother-child pairs. They discovered that every 10-fold increase in a mom’s PBDE levels led to a drop of 3.7 IQ points in her child.

“A 3.7-point decrease in IQ might not sound like a lot, but on a population-wide level it means more children who need early interventions and families who may face personal and economic burdens for the rest of their lives,” said Juleen Lam, an associate research scientist at UCSF’s Program on Reproductive Health and the Environment (PRHE) and the study’s lead author.

“Many people are exposed to high levels of PBDEs, and the more PBDEs a pregnant woman is exposed to, the lower her child’s IQ,” said Woodruff. “And when the effects of PBDEs are combined with those of other toxic chemicals such as from building products or pesticides, the result is a serious chemical cocktail that our current environmental regulations simply don’t account for.”

The researchers also found some evidence of a link between PDBE exposures and attention deficit hyperactivity disorder (ADHD), but concluded that more studies are necessary to better characterize the relationship.

PBDEs first came into widespread use after California passed fire safety standards for furniture and certain other products in 1975. Thanks to the size of the Californian market, flame retardants soon became a standard treatment for furniture sold across the country. The additives received a boost from tobacco companies: since many furniture fires are caused by burning cigarettes, these companies lobbied heavily for stringent furniture safety regulations.

Mounting evidence of PDBEs’ danger prompted reconsideration and starting in 2003 California, other states, and international bodies approved bans or phase outs for some of the most common PBDEs. PBDEs and similar flame retardants are especially concerning because they aren’t chemically bonded to the foams they protect. Instead, they are merely mixed in, so can easily leach out from the foam and into house dust, food, and eventually, our bodies.

“The bans, restrictions, and phase out were forward progress towards protecting people’s health, but the problem is that people are still exposed,” said Patrice Sutton, who led the research translation division of PRHE and is a co-author on the study. “Reservoirs of PDBEs can be found in dust, old furniture, and electronic equipment. It’s the horrible gift that keeps on giving.”

In fact, Woodruff has previously found that pregnant women in California have much higher PDBE levels than other pregnant women around the world — the legacy, she believes, of California’s previous flammability standards that paved the way for widespread use of these chemical additives.

Guidelines for avoiding PDBEs during pregnancy are posted on UCSF’s California Childcare Health Program website and on PRHE’s website, but the authors say the needed solution is a change in policy. “The lesson we should learn from our experience with PBDEs is that persistent, harmful chemicals should never have been added to household products in the first place,” said Lam.

Other authors of the study were Natalyn Daniels of UCSF; Bruce P. Lanphear of Simon Fraser University, Canada; David Bellinger of the Harvard School of Public Health; Daniel A. Axelrad of the US EPA; Jennifer McPartland of the Environmental Defense Fund; Dr. Lissette Davidson of Kaiser Permanente; and Saunak Sen of the University of Tennessee. The study was funded by the John Merck Foundation, the U.S. EPA (grants A124617-01 and 83543301) and the National Institute of Environmental Health Sciences (PO1ES022841).