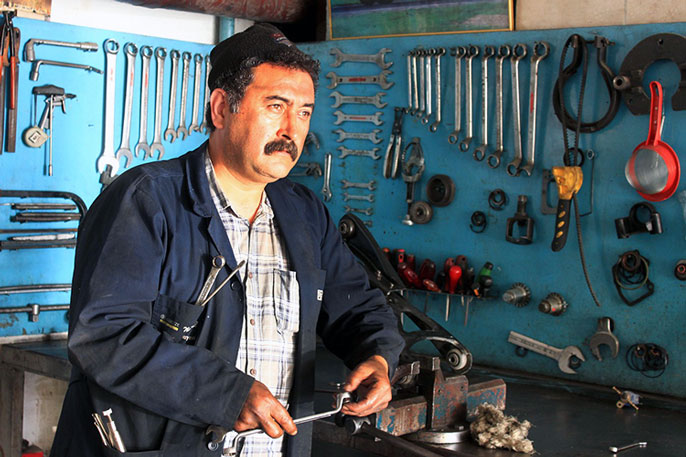 About half of California private sector employees ages 25 to 64 don’t have dedicated retirement assets, according to a new data brief by Berkeley’s Center for Labor Research and Education.

The dream of enjoying one’s so-called Golden Years, or advanced years of life, in comfortable retirement may be a fantasy for an increasing number of working Californians.

About half of California private sector employees ages 25 to 64 don’t have dedicated retirement assets, according to a new data brief by Nari Rhee, director of the Retirement Security Program at the University of California, Berkeley’s Center for Labor Research and Education (Labor Center). The brief provides a first-ever look at retirement assets — and the lack thereof — among private sector employees and working-age families in the state.

“When it comes to retirement income security, most working Californians are in trouble,” says Rhee, the study author, noting that Social Security payouts are not enough for a retiree to live on. “They don’t own an IRA or a 401(k),” she explained, “and they don’t have a pension from a current or past job. This is troubling, because it means they’re falling short of what they need to have saved to avoid downward mobility in retirement.”

A new state program launched Monday, July 1, to help correct course. CalSavers is an auto-enrollment retirement savings program for private sector workers in firms with five or more employees that do not offer a pension or 401(k). The program is designed to dramatically increase the number of working Californians who will retire with a nest egg to supplement Social Security.

“Every Californian deserves a chance to retire in dignity after a lifetime of work,” says Katie Selenski, executive director of CalSavers. “The Berkeley study underscores how far we have to go to get there.” Increasingly, older Californians are postponing retirement because they can’t afford not to work. They are part of a global trend that shows that retirement account balances aren’t enough to cover rising life expectancy.

Key findings from the Labor Center report include:

Three-quarters of low-income workers and half of middle-income workers had no dedicated retirement assets in 2014, whether through an IRA or a 401(k), a pension or a profit-sharing plan through a current or former employer.

This includes the majority of private sector workers of every racial group, including seven out of 10 Latinos. Both the number and share of private sector employees who do have access to a 401(k) or pension have shrunk this decade, despite strong employment growth.

“These findings highlight not just the state’s retirement crisis, but the overall concentration of income and wealth in California, where one in three working Californians has a low-wage job alongside some of the wealthiest people in the nation,” says Rhee.

The study is based on an analysis of microdata from the U.S. Census Bureau’s Current Population Survey and its 2014 Survey on Income and Program Participation. View the Labor Center’s data brief at http://laborcenter.berkeley.edu/california-retirement-savings/.