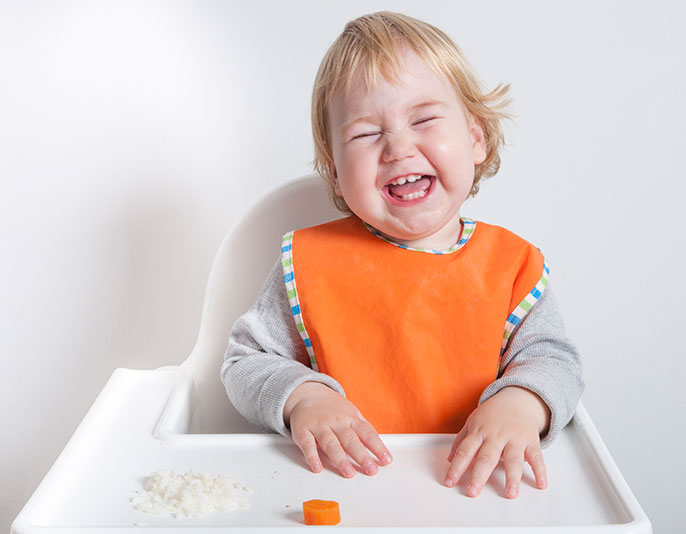 New study links a gene variant with smiling and laughter.

A gene previously associated with marital bliss or blues may also come to be known as the giggle gene.

Researchers at UC Berkeley and Northwestern University have found that a gene involved in the regulation of serotonin makes some of us more prone to spontaneous smiles and bursts of laughter, according to their study just published in the journal Emotion.

Specifically, researchers looked at two versions of the gene variant known as 5-HTTLPR, and found that people with the short version were more likely to smile and laugh while looking at Far Side and New Yorker cartoons and humorous clips from the movie "Strangers in Paradise."

Researchers videotaped the facial expressions of study participants and coded them for genuine signs of amusement, such as crow’s feet around the eyes. The study tested 336 participants in all, collecting their saliva samples to establish whether they had the long or short version of the 5-HTTLPR gene.

Overall, those with the short allele showed more authentic smiles and laughter than the long-allele cohort.

A previous study by the same researchers found that people with the short variant of 5-HTTLPR were more sensitive to the tenor of their spouse’s positive and negative emotions, suggesting that DNA is linked to marital satisfaction. This latest study takes their investigation a step further.

“Our study provides a more complete picture of the emotional life of people with the short allele,” said study lead author Claudia Haase, an assistant professor of human development and social policy at Northwestern University.

“This study provides a dollop of support for the idea that positive emotions are under the same tent as negative ones, when it comes to the short allele,” said study senior author Robert Levenson, a leading researcher in human emotions and a psychology professor at UC Berkeley.

“It may be that across the whole palette of human emotions, these genes turn up the gain of the amplifier,” he added. It sheds new light on an important piece of the genetic puzzle.”

Other co-authors on the study, which was conducted at UC Berkeley, were psychologist Dacher Keltner of UC Berkeley, Laura Saslow of UC San Francisco, and Ursula Beermann of the University of Geneva.