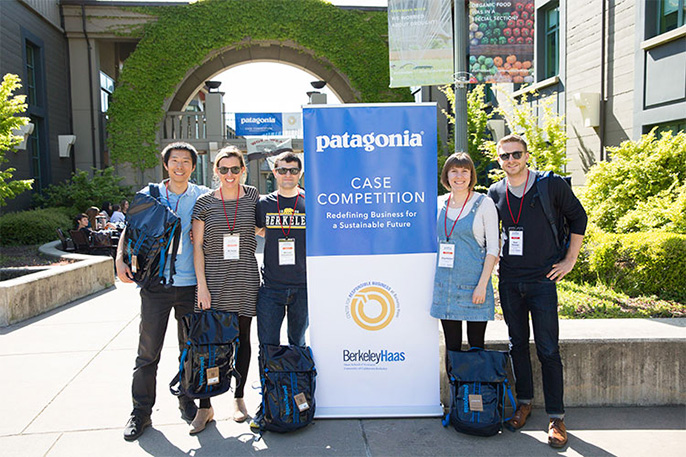 Ale made from grain that’s planted to reduce erosion. Jerky made from bison whose grazing is helping to restore the prairie. These kinds of sustainably sourced food and drink were the focus of Berkeley-Haas MBA students competing in the Patagonia Case Competition, held recently at the Haas School of Business.

The Haas team was one of 10 finalist graduate school teams — culled from a total of more than 70 teams — selected to pitch their ideas.

Their idea centered on Patagonia Provisions, which sells the ale and the bison jerky and other responsibly sourced comestibles. Agriculture was the theme of this year’s competition, a nod to Patagonia founder Yvon Chouinard’s focus on the critical role that food will play in solving the world’s environmental crisis.

The team’s idea was for the company to create or invest in a real estate investment trust that would encourage farmers to shift from conventional to regenerative and organic agriculture methods that bring soil back to health after years of heavy pesticide and fertilizer use.

Read more about the competition on the Berkeley-Haas website.