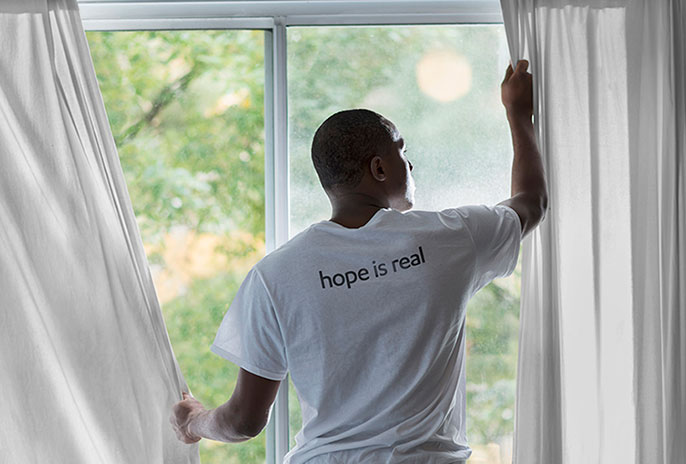 Depression is the leading cause of disability worldwide, but research spending on the disorder substantially lags that of other illnesses.

In an effort to place depression front and center on the national and international research agendas, UCLA has launched the Depression Grand Challenge, which aims to reduce the health and economic impacts of depression by half by the year 2050.

Depression costs the U.S. economy more than $200 billion annually in medical costs and lost productivity. It also is the largest contributor to the risk for suicide, and more than 40,000 Americans take their own lives each year.

And although depression is the leading cause of disability worldwide, research spending on the disorder substantially lags that of other illnesses.

The UCLA effort is in line with President Barack Obama’s 2013 call for companies, research universities and other organizations to solve grand challenges — which he referred to as “ambitious but achievable goals.” UCLA’s Depression Grand Challenge is the largest university-led grand challenge, with an anticipated budget of $525 million for the first 10 years of its planned 35-year duration.

“The two Grand Challenges are the biggest, most collaborative and potentially most transformative efforts UCLA has ever undertaken,” said UCLA Chancellor Gene Block. “They represent a new way of conducting research to solve the biggest problems of our society, and they are challenges we’re uniquely qualified to take on.”

Conceived in 2012 through the brainstorming efforts of more than 30 UCLA faculty members, the Depression Grand Challenge team now comprises more than 100 researchers from more than 25 academic departments.

The grand challenge is being led by Dr. Nelson Freimer, UCLA’s Maggie G. Gilbert Professor of Psychiatry and Biobehavioral Science and director of the Center for Neurobehavioral Genetics in the Jane and Terry Semel Institute for Neuroscience and Human Behavior at UCLA.

“We have to understand not just why, but how, depression arises, and we have to be in a position to take that knowledge directly back to our patients. Depression is such a complex disease that we are going to have to understand it from all angles — its basis in the brain, its environmental roots and its social impact. This is why a university-wide effort is essential.”

To lead the massive genetics study, UCLA has recruited a world-renowned authority on the genetics of depression. Jonathan Flint, formerly of Oxford University, led the first study that obtained clear evidence of the specific genes contributing to the disorder.

The two other members of the challenge’s leadership group are Michelle Craske, a professor of psychology, psychiatry and biobehavioral sciences and the director of the Anxiety and Depression Research Center at UCLA, who will lead the development of the innovative treatment center; and S. Lawrence Zipursky, a UCLA professor of biological chemistry and Howard Hughes Medical Institute investigator, who will lead the development of Discovery Neuroscience. Zipursky recently received the Louisa Gross Horwitz Prize for his work on a molecular identification system that helps neurons to navigate and wire the brain.