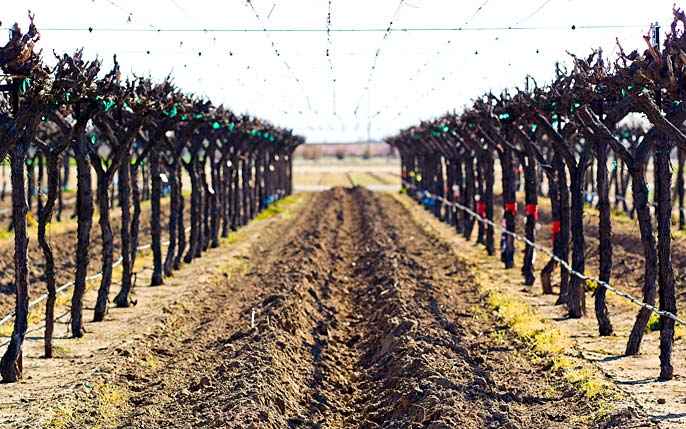 Microbial terroir, shaped by the climate and geography of a region, vineyard and even individual vine, influences grapes and the wines they produce.

It’s widely accepted that terroir — the unique blend of a vineyard’s soils, water and climate — sculpts the flavor and quality of wine. Now a new study led by UC Davis researchers offers evidence that grapes and the wines they produce are also the product of an unseen but fairly predictable microbial terroir, itself shaped by the climate and geography of the region, vineyard and even individual vine.

Results from DNA sequencing revealed that there are patterns in the fungal and bacterial communities that inhabit the surface of wine grapes, and these patterns are influenced by vineyard environmental conditions. The findings appear online this week in the Early Edition of the Proceedings of the National Academy of Sciences.

“The study results represent a real paradigm shift in our understanding of grape and wine production, as well as other food and agricultural systems in which microbial communities impact the qualities of the fresh or processed products,” said professor David Mills, a microbiologist in the Department of Viticulture and Enology and Department of Food Science and Technology.

He noted that further studies are needed to determine whether these variations in the microbial communities that inhabit the surface of the grapes eventually produce detectable differences in the flavor, aroma and other chemically linked sensory properties of wines.

The study co-authors suggest that by gaining a better understanding of microbial terroir, growers and vintners may be able to better plan how to manage their vineyards and customize wine production to achieve optimal wine quality.

To examine the microbial terroir, the researchers collected 273 samples of grape “must” — the pulpy mixture of juice, skins and seeds from freshly crushed, de-stemmed wine grapes.

The must samples were collected right after crushing and mixing from wineries throughout California’s wine-grape growing regions during two separate vintages. Each sample, containing grapes from a specific vineyard block, was immediately frozen for analysis.

The researchers used a DNA sequencing technique called short-amplicon sequencing to characterize the fungal and bacterial communities growing on the surface of the grapes and subsequently appearing in the grape must samples.

Further tests showed that the bacterial and fungal patterns followed a geographical axis running north-south and roughly parallel to the California coastline, suggesting that microbial patterns are influenced by environmental factors.

Taken together, these and other results from the study reveal patterns of regional distributions of the microbial communities across large geographical scales, the study co-authors reported.

They noted that it appears that growing regions can be distinguished based on the abundance of several key groups of fungi and bacteria, and that these regional features have obvious consequences for both grapevine management and wine quality.

Funding for the study was provided, in part, by the American Wine Society Educational Foundation Endowment Fund, the American Society of Brewing Chemists Foundation and the Wine Spectator.