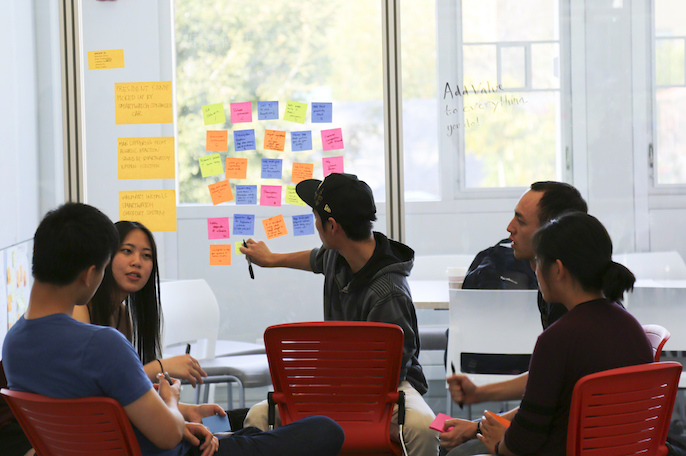 In the long-running debate over whether entrepreneurs are born or bred, Michael Grimes insists that, for mere mortals, leadership skills are largely learned.

Grimes should know. As managing director at Morgan Stanley in Silicon Valley, the UC Berkeley grad has overseen more than $500 billion in financing, merger and acquisition transactions for hundreds of tech titans ranging from Google to Uber.

Grimes is so convinced that the right education and training can help create the next crop of tech superstars that he has helped UC Berkeley launch a new program designed to do just that. The Management, Entrepreneurship and Technology program, or M.E.T., bringing together UC Berkeley’s Haas School of Business and College of Engineering, will open its doors in fall 2017.

Over the course of four years, M.E.T. students will earn two simultaneous undergraduate degrees — a bachelor's in business administration and a bachelor's in either electrical engineering and computer sciences (EECS) or industrial engineering and operations research (IEOR). Grimes calls it a “Navy SEALs” program for future tech leaders – combining the two most in-demand skills in Silicon Valley: business savvy and engineering.

The M.E.T. program launched with $15 million in backing from a dozen donors who, like Grimes, think the most effective tech leaders have a combination of deep tech expertise and sharp business and leadership skills.

It addresses a well-documented recruitment problem in the Valley: Engineers rarely have a lick of business sense, while MBAs have no idea how the products they create tick. The combination is also indispensable to entrepreneurs launching their own businesses, especially as they learn how to navigate the uncertainties of the startup world.

“Entrepreneurs aren’t born with a naturally high tolerance for risk,” said Haas Dean Rich Lyons. “A great entrepreneur is defined by how they manage those risks.”

UC Berkeley’s more entrepreneurial students are those who tend to question the status quo, he added.

“They look at something and ask, ‘Isn’t there a better way to do this?’” Lyons said. “A lot of perfectly intelligent people may not automatically think that way. You can help train people to ask that question.”

The only other program like the M.E.T. in the country is the 35-year-old Management and Technology program pioneered by William Hamilton at the University of Pennsylvania. Grimes has in recent years served as a board member for the Penn program and recruited several graduates from it. His son Jeff earned a degree there before taking one of Google’s elite associate product manager roles (former Google CEO Eric Schmidt famously said he expects APM hires to run the company someday).

UC Berkeley houses the second-oldest undergraduate business program in the United States, behind Penn. Already a top feeder school for global tech leaders, its proximity to Silicon Valley is paramount.

Lyons said schools such as Stanford and Harvard haven’t created a program that compares to the M.E.T. because they do not have undergraduate business degrees – they are focused on the MBA.

While a typical track for tech executives is to earn an engineering degree followed by an MBA, Grimes said, that can take at least 8-9 years because business schools now require a few years of work experience in-between undergraduate and MBA programs.

“The depth of technology that you’ve learned as an engineering or computer science student is not likely as fresh if you take that long to get both degrees,” Grimes said.

Accelerating up the ladder

S. Shankar Sastry, dean of the College of Engineering, sometimes attends the Haas Business School’s board meetings. Lyons does the same at the engineering school. Their efforts to break down traditional silos are part of a larger movement percolating across the UC system.

At UC Irvine, for instance, social science students can earn a certificate in entrepreneurship. The Paul Merage School of Business also recently approved an innovation and entrepreneurship minor and is developing a similar master's program.

This multidisciplinary approach is taking hold far beyond tech recruiters.

LinkedIn scoured nearly a half-million of its social profiles to conclude in a study published this month that experience in one additional functional area improved a person’s odds of becoming a senior executive as much as three years of trying to scale the corporate ladder. And working in four different functions had nearly the same impact as getting an MBA from an elite program.

Grimes said the M.E.T. program can offer future leaders a “unique combination of IQ and EQ: deep, substantive engineering and technological skills along with softer skills in management, leadership and organizational behavior.”

Does that mean Grimes will recruit out of the M.E.T. program?

“Absolutely,” he said. “But I really hope they all end up with tech jobs that lead to leadership roles with the most exciting tech companies and the traditional companies in the many other industries that are being revolutionized by technology.”