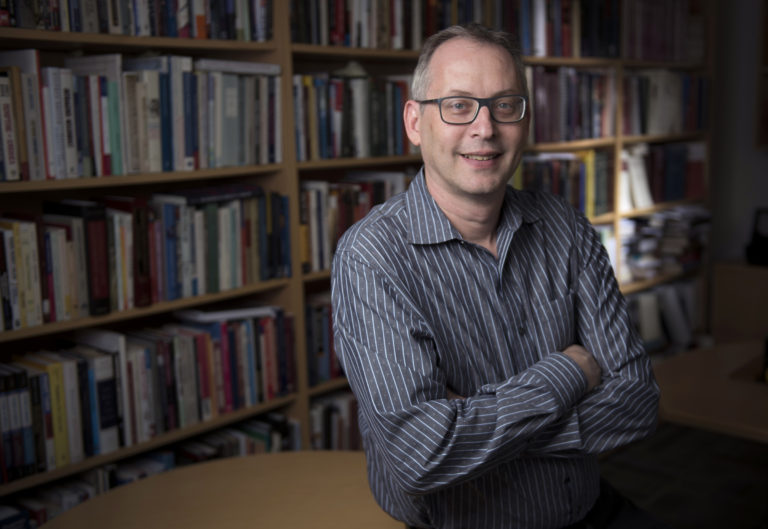 Can American Democracy Survive the 2020 Elections?

The role of media, law, political norms, and technology in assuring acceptance of election results.

All kinds of potential election snafus and shenanigans have crossed Rick Hasen’s mind:

What if Russian hackers shut down Detroit’s power grid on Election Day, costing Democrats enough votes that Donald Trump narrowly wins the state and squeaks out an Electoral College victory?

What if a damaging but fake viral video of a presidential candidate surfaces right before the election and shifts public opinion?

What if Trump loses but refuses to concede, claiming voter fraud?

These and other scenarios could upend public trust not only in the 2020 election results but also in American democracy itself, says Hasen, an election law expert and Chancellor’s Professor of law and political science at UCI.

To counter that possibility, he recently penned Election Meltdown, a book that outlines various threats to U.S. election integrity and prescribes a series of long-term solutions.

Hasen lists a few short-term fixes too but predicts they could fail miserably if the fall election is close or disputed, given the nation’s polarized political atmosphere. So after finishing the manuscript, he began organizing a symposium titled “Can American Democracy Survive the 2020 Elections?”

Set for Feb. 28 at UCI, the daylong event – which will also be streamed online – convenes election officials, scholars, journalists and tech experts to explore “the role of media, law, political norms and technology in assuring acceptance of election results.”

Speakers will include secretaries of state from Michigan and Ohio, a senior cybersecurity adviser with the Department of Homeland Security and Orange County Registrar Neal Kelley.

One day after the symposium, some of the participants will meet privately to brainstorm ways to defuse potential crises in this year’s election, Hasen says, adding that the group hopes to issue formal recommendations in May.

UCI Law Dean L. Song Richardson, who will introduce the Feb. 28 event, says: “The symposium and follow-up report promise to offer an important road map for preserving trust in America’s election process. We look forward to a robust exchange of ideas.”

Hasen says he aimed to recruit people of diverse professions and viewpoints for the gathering. Although a number of the academics on the bill lean left, other panelists include two Republican election officials, a conservative think-tank scholar, an attorney who worked in the George W. Bush administration and assorted nonpartisan experts.

Hasen’s book finds fault with the rhetoric and tactics of both major parties. For example, in Alabama’s 2017 special election for a U.S. Senate seat, Democratic operatives employed “social media tools that emulated those used by Russia in 2016,” Hasen writes.

And in Georgia’s 2018 gubernatorial race, Republican-led maneuvers to disenfranchise voters caused Democrats to claim the election was “stolen.” Hasen’s verdict: “While many of [the GOP’s] actions were questionable and unjustified, there was no good evidence that they determined the outcome.”

The symposium is being presented by UCI’s School of Law in conjunction with the campus’s Jack W. Peltason Center for the Study of Democracy and with support from the Democracy Fund, the William and Flora Hewlett Foundation and the Mertz Gilmore Foundation