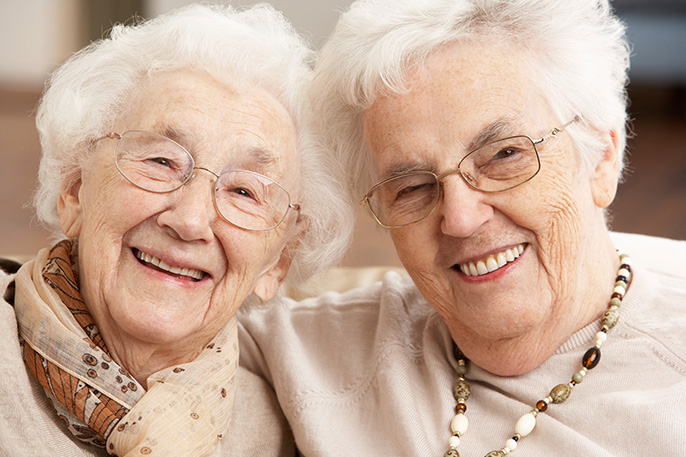 The immune systems of healthy elders — the 'wellderly' — may be a protective factor against cancer.

Could the immune systems of healthy seniors hold clues for beating the most aggressive form of breast cancer?

New evidence from the Scripps Research Institute suggests that some seniors may have successfully fought cancer without ever knowing it, developing antibodies that may hold promising avenues for new therapies.

Scripps researchers have begun mining the DNA in blood samples from the so-called "wellderly" — healthy adults age 80-plus — for the secrets to their long lives.

In the process, they've homed in on antibodies that bond with a type of cancer cell for which there is no targeted therapy.

“I thought that the human immune system is really our best defense against cancer,” says Brunie Felding, an investigator at Scripps. “The wellderly have had a healthy long life. My question was: Do these people have antibodies we should look into?”

With blood samples that included the combined white blood cells of cancer-free seniors, Felding found what may amount to the footprints, or memories, of past victories against cancer.

The cancer cell protein is part of a signaling pathway. “This could be a driving pathway in this aggressive cancer, an indicator of where to look for therapeutic targets,” says Felding.

The project was funded with two grants from the California Breast Cancer Research Program, which is managed by the UC Office of the President and supported in part by taxpayer donations on the state tax return.

The broader wellderly study, from which Felding obtained the blood sample, is ongoing at Scripps Research and led by professor Eric Topol.

Felding’s idea was novel: Healthy older women may have successfully fought breast cancer at some point and never known it. When the human body encounters a pathogen, it makes antibodies to neutralize it. Even when the pathogen is gone, the specially adapted antibodies remain in the immune memory, in case the pathogen reappears. A similar principle could control cancer development.

“If there were aberrant cells at some point in a person’s body, but a noticeable cancer never developed, the immune system likely coped with those stray cells, and the antibody memory would still be there years later,” Felding says.

“Finding an effective therapy for these types of breast cancers is one of our main goals in cancer research,” says Felding.

The cancer cells she exposed to the wellderly immune library were from a very aggressive triple negative breast cancer of a woman named Elizabeth, one of Felding’s friends, who died from the disease.

Looking at the genome of Elizabeth’s cancer, Felding and her group saw that the protein Apolipoprotein E, or ApoE, was more than one-hundred-fold enriched during the progression of Elizabeth’s breast cancer.

They also found that this protein was recognized by some of the wellderly antibodies. This could mean two things: The antibodies that recognize ApoE may have certain disease-blocking properties and could hold promise for a targeted therapy. Or, ApoE might be a flashing signpost pointing researchers down a pathway to be analyzed as a possible disease driver.

“Overall, the concept of exploring the immune system is very promising," Felding said. "The fact that the wellderly blood donors are in their 80s means that their immune memories are very rich.”