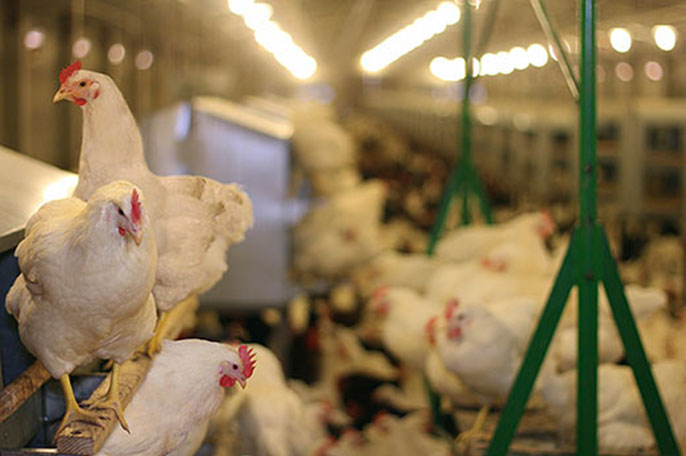 “There are positive and negative impacts with each of the three housing systems we studied,” said professor Joy Mench, a poultry welfare expert and vice chair of the Department of Animal Science. “As egg producers move away from conventional cage systems, we hope this data will help consumers, regulators, producers and others weigh the tradeoffs and benefits of alternate methods.”

California banned eggs from chickens that don’t have enough room to turn around or flap their wings. Other states are considering similar laws. A multistakeholder consortium called Coalition for Sustainable Egg Supply funded this first-ever commercial-scale study to evaluate the sustainability of three types of hen housing: traditional wire cages; “enriched colonies,” or enclosures, that offer more space, perches and nesting boxes; and a cage-free house where chickens can move relatively freely within an enclosed barn.

“When animals are involved, evaluating their welfare is a crucial aspect of any production system,” said Marion Garcia, chief veterinary officer and director of the Animal Welfare Research Institute, American Humane Association. “But to truly achieve sustainability, a variety of other factors such as the environment, the health and safety of the workers, food safety and quality, and affordability of what’s produced should also be considered, effectively evaluating the entire system.”

UC Davis researchers provided leadership in nearly all areas of the study, including animal welfare, worker health and safety, food affordability, and the environment.

“That really speaks to the diversity of expertise we have here at UC Davis,” Mench said. “We face many challenges with food production, animal welfare and sustainability. Science-based, public/private partnerships like these will help us make informed decisions.”

More information about the research results. An enriched colony system can be viewed in action via a live stream, video camera at JS West and Companies, a poultry farm based in Modesto.