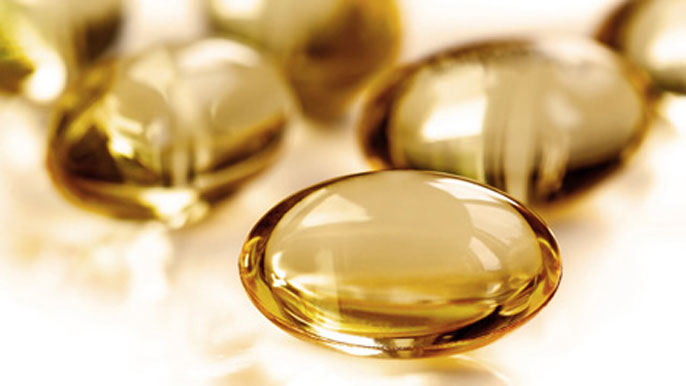 Researchers at University of California, San Diego School of Medicine report that higher levels of vitamin D – specifically serum 25-hydroxyvitamin D – are associated with a correspondingly reduced risk of cancer. The findings are published in the April 6, online issue of PLOS ONE.

“We have quantitated the ability of adequate amounts of vitamin D to prevent all types of invasive cancer combined, which had been terra incognita until publication of this paper,” said Cedric Garland, DrPH, adjunct professor in the UC San Diego School of Medicine Department of Family Medicine and Public Health and member of Moores Cancer Center at UC San Diego Health.

Garland and his late brother, Frank, made the first connection between vitamin D deficiency and some cancers in 1980 when they noted populations at higher latitudes (with less available sunlight) were more likely to be deficient in vitamin D, which is produced by the body through exposure to sunshine, and experience higher rates of colon cancer. Subsequent studies by the Garlands and others found vitamin D links to other cancers, such as breast, lung and bladder.

The new PLOS ONE study sought to determine what blood level of vitamin D was required to effectively reduce cancer risk. The marker of vitamin D was 25-hydroxyvitamin D, the main form in the blood. The researchers employed a non-traditional approach, pooling analyses of two previous studies of different types: a randomized clinical trial of 1,169 women and a prospective cohort study of 1,135 women. A clinical trial focuses upon whether a specific test or treatment is safe and effective. A prospective study looks for outcomes during the study period, in this case incidence of cancer among participants.

By combining the two studies, the researchers obtained a larger sample size and a greater range of blood serum levels of 25-hydroxyvitamin D or 25(OH)D.

The only accurate measure of vitamin D levels in a person is a blood test. In the Lappe trial cohort, the median blood serum level of 25(OH)D was 30 nanograms per milliliter. In the GrassrootsHealth prospective cohort, it was higher: 48 ng/ml.

The researchers found that the age-adjusted cancer incidence was 1,020 cases per 100,000 person-years in the Lappe cohort and 722 per 100,000 person-years in the GrassrootsHealth cohort. Cancer incidence declined with increased 25(OH)D. Women with 25(OH)D concentrations of 40 ng/ml or greater had a 67 percent lower risk of cancer than women with levels of 20 ng/ml or less.

Recommended blood serum levels of vitamin D have been a source of vigorous debate in recent years. In 2010, the Institute of Medicine (IOM) concluded that levels lower than 12 ng/ml represented a vitamin D deficiency and recommended a target of 20 ng/ml, which could be met in most healthy adults (ages 19 to 70) with the equivalent of 600 International Units of vitamin D each day.

Subsequently, other groups have argued for higher blood serum levels: 50 ng/ml or more. Above 125 ng/ml, there may be side effects. Many vitamin D supporters now advocate 800 to 1,000 IUs daily; more for persons older than 70 and pregnant or lactating women.

Garland does not identify a singular, optimum daily intake of vitamin D or the manner of intake, which may be sunlight exposure, diet and/or supplementation. He said the current study simply clarifies that reduced cancer risk becomes measurable at 40 ng/ml, with additional benefit at higher levels.

“These findings support an inverse association between 25(OH)D and risk of cancer,” he said, “and highlight the importance for cancer prevention of achieving a vitamin D blood serum concentration above 20 ng/ml, the concentration recommended by the IOM for bone health.”

Garland said a broad effort to increase 25(OH)D concentrations to a minimum of 40 ng/ml in the general population would likely and substantially reduce cancer incidence and associated mortality.

“Primary prevention of cancer, rather than expanding early detection or improving treatment, will be essential to reversing the current upward trend of cancer incidence worldwide,” the researchers wrote. “This analysis suggests that improving vitamin D status is a key prevention tool.”

Funding for this study came, in part, from Bio-Tech Pharmacal, Pure North S’Energy Foundation and the Vitamin D Society. Funding for the Lappe study came from Department of Health and Human Services grant AG14683-01A2. Funding for the GrassrootsHealth study was through self-sponsorship by participants and donations from the funders listed above.