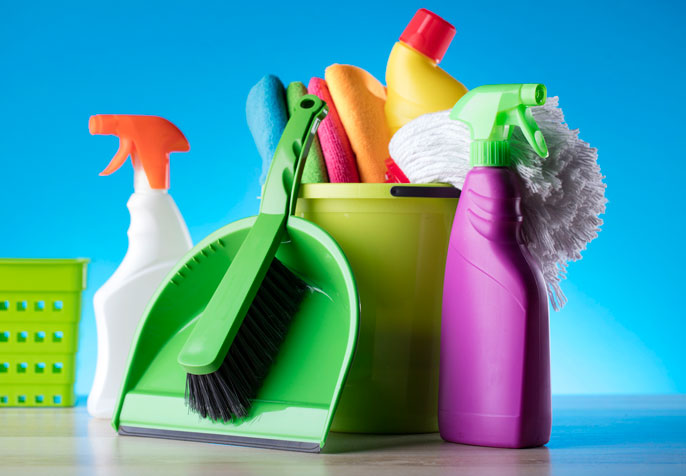 Generations of toxic chemicals in everyday use — from ingredients in cosmetics and paint to nonstick cookware and upholstery — have sickened or killed thousands of Americans. Why?

Because most of these substances are not regulated by the federal government. And the legal system — which offers the only recourse for deaths or injuries resulting from toxic exposures — often fails to properly use science to identify and assess whether or not products are toxic, Carl F. Cranor, a distinguished professor of philosophy at the University of California, Riverside, explains in his new book, “Tragic Failures: How and Why We are Harmed by Toxic Chemicals,” published this month by Oxford University Press.

The 264-page book is based on a series of lectures the philosopher delivered at UC Riverside when he was awarded the prestigious Romanell-Phi Beta Kappa Professorship in Philosophy for 2014-15. The national award is presented to one philosopher every year by the Phi Beta Kappa Society, the oldest and most widely known academic honor society in the United States. He is the third University of California philosopher to receive this award since its inception in 1989.

Cranor is a longtime advocate of reforming policies for regulating exposure to toxic substances, and has served on several California science advisory panels. He is known globally for his research on the regulation of toxic substances, the ethics of risk, and the philosophy of law and science. His work has changed how scientific testimony is addressed in court cases and was cited in a pivotal federal Appeals Court ruling in 2011.

“Tragic Failures” explains the origins of federal regulation of toxic substances, and why only food, drugs, and pesticides are tested before going to market. It also suggests how we could be better protected from tens of thousands of toxic chemicals, some of which are so pervasive that they inhabit the bodies of virtually every American.

“What’s the difference between prescription drugs and those other everyday chemicals? In two words: the law,” he wrote. “In a few more words: the law creates and invites ignorance about toxicants, risking our health and permitting substantial harm.”

Congressional laws, enacted in 1962 after Thalidomide was found to cause birth defects, require that prescription drugs be tested for safety and effectiveness before they enter the marketplace, he said. However, the Toxic Substances Control Act (TSCA) of 1976 — the major public health law governing chemical products — forbade blanket premarket toxicity testing and review of more than 22,000 chemical products that have subsequently entered the marketplace. It also grandfathered as “safe” 62,000 existing substances, including many that are now known to cause cancer and other illnesses.

“Laws that are supposed to protect citizens from toxicity-caused diseases accomplish this so poorly that we rarely read of the U.S. Environmental Protection Agency, the Occupational Safety and Health administration, or the Consumer Product Safety Commission taking action to better protect us,” he said.

There are several reasons for this. In the 1970s Congress created laws that hamper this effort. Another is that the science needed to justify legal action can be difficult to produce even under the best circumstances, but is exacerbated in the current legal environment.

“A third reason is that the laws create ignorance about potential toxicants, provide substantial incentives for companies to remain ignorant about their own products, and, because of the legal structures, provide many incentives for companies to create doubt about the science or demand ideal science in fiercely opposing any actions that might threaten their products or reduce their profits,” Cranor wrote. Judicial errors barring relevant science in the personal injury law can and have frustrated redress of injustices, he added.

An amendment to the TSCA, the Frank R. Lautenberg Chemical Safety for the 21st Century Act, took effect this year and requires that the EPA make an affirmative finding that new products do not pose unreasonable risks to the public.

“Thus, new chemicals should be much safer from 2017 onward as they receive legitimate premarket reviews,” he said. “However, modifications for addressing substances already in commerce must be implemented against the background of 40 years of considerable ignorance about chemical creations that developed during this time. Providing better safeguards for the public, despite amendments that provide more aggressive reviews of products and legally enforceable time lines to remove toxic risks, will be an enormous task that likely will take a very long time.”

“Tragic Failures” is the second book about toxic substances and the law Cranor has written in the past year. The second edition of “Toxic Torts: Science, law, and the Possibility of Justice” (Cambridge University Press), published in 2016. This edition is updated to reflect 10 years of developments in tort law and science, and expanded coverage of the scientific studies used to understand harms from chemical products.

Cranor was reappointed in January to the Scientific Guidance Panel of the California Environmental Contaminant Biomonitoring Program, and has served on state science advisory panels for Proposition 65, which requires the state to publish an annual list of chemicals known to cause cancer, birth defects or other reproductive health problems; the Electric and Magnetic Fields Program; and nanotechnology. He earned a law degree from Yale University and a Ph.D. in philosophy from UCLA.