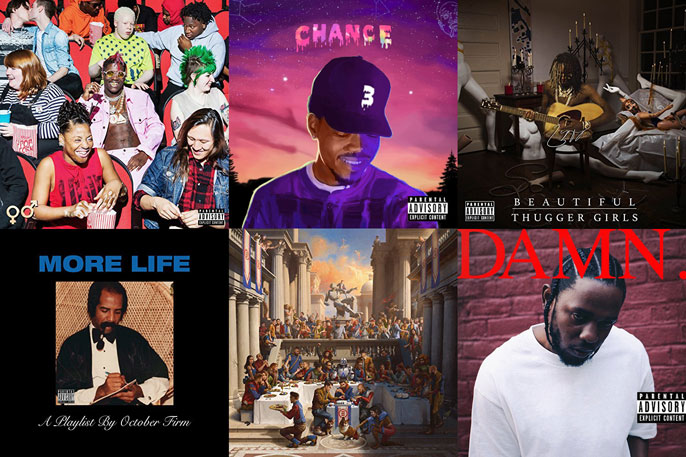 Avriel Epps’ research shows that consumers are likely to buy music with prosocial themes if given a choice.

Traditional music companies have yet to realize the full financial and cultural potential of hip-hop and rap, a UCLA-led study suggests. When it comes to the type of artists that get signed, recorded and heavily promoted, the big record labels often overlook what researchers call “prosocial” themes.

In a study published recently in the Journal of Broadcasting and Electronic Media, researchers examined the lyrics in the songs of rap and hip-hop artists a panel of 600 self-professed lovers of the genres were sharing on Facebook. They compared them to the lyrics in tracks from the Billboard Top 100 list, which is populated by artists with traditional record-company backing and promotion.

They found that songs shared on Facebook contained more “prosocial” lyrics, that more frequently espoused positive themes such as gratitude, expressions of faith and spirituality, messages of community building, the power of education and support for political engagement.

The lyrics of traditionally distributed songs that made it to the top of Billboard charts were less varied in tone and skewed more “antisocial” — including such themes as aggression, criminal activity, derogatory language about women, references to illegal drug use and materialism.

“The findings suggest that rather than passively accepting what the media promotes, consumers are making conscious choices about the music they listen to and share with friends,” said Avriel Epps, a UCLA alumna who conducted the research as part of her undergraduate honors thesis in the communication studies department.

“They may also be resisting negative messages that are being promoted by media corporations and using the autonomy offered by social media to find more positive alternatives” she said. “Ultimately, I believe this suggests that music labels are leaving money on the table by not investing in pro-social artists, which consumers are actively searching for.”

Epps was lead author of the study, which was co-authored by her then-professor Travis Dixon (who is now associate professor and communication alumni professorial scholar at the University of Illinois at Urbana-Champaign). Funding was provided by UCLA undergraduate research center, the communication studies department and the Ronald E. McNair Research Scholars Program at UCLA.

Epps and her team of research assistants reviewed the lyrics from 213 songs popular on the Billboard charts and shared on Facebook. In identifying prosocial versus antisocial messaging, they relied on themes outlined in previous research as well as user-generated analysis from fans of the genre posed at Genius.com, a crowdsourced lyrics annotation system where fans collaborate to decode the meaning of lyrics.

The study underscores previous research showing that the power of consumer choice and an increased variety in rap and hip-hop music can have a major impact on the genre.

“Streaming has given every person and mood their own voice,” said Noah Preston, vice president of A&R at Def Jam Recordings. “Overall I feel like the trend of antisocial lyrics in hip-hop is definitely going to shift to a more positive and diverse one. Because labels have traditionally followed trends, only the loudest consumer was accommodated, but now we live in an age where diversity is key. And while a ton of us do enjoy the violent lyrics at times, we also enjoy other relevant topics and themes within the culture.”

An accomplished artist herself, the impetus for the study came from Epps’ experience with the music industry. She noticed that the tastes of consumers within the urban music ecology were evolving to challenge the norms of traditional masculinity, especially with the growing popularity of male artists like Drake and Frank Ocean.

“However, in general, the executives I was in conversation with were not receptive to these changes,” Epps said. “The urban music industry is a very heteronormative, patriarchal place, and I was frustrated with how that culture was limiting what I could do as an artist. I was seeing trends on blogs and social media that contradicted music industry executives’ arguments that drugs, sex and violence were the only things that sold in urban music, so I wanted to explore that further through research.”

Epps independently produces and releases her own music under the name King avriel. Her first album was streamed nearly 2 million times.

“I used the experience I garnered from managing that successful release to give back to my community through entrepreneurship,” she said. Epps co-founded a college-admissions startup, SeekU, which has helped hundreds of undergraduate and graduate school applicants gain admission to competitive universities such as Harvard, Cornell, UC Berkeley, UCLA, Stanford and University of Chicago Booth School of Business and more.

She is bound for Harvard in the fall, where she will be enrolled in a doctoral program as a Presidential Scholar at Harvard University’s Graduate School of Education.