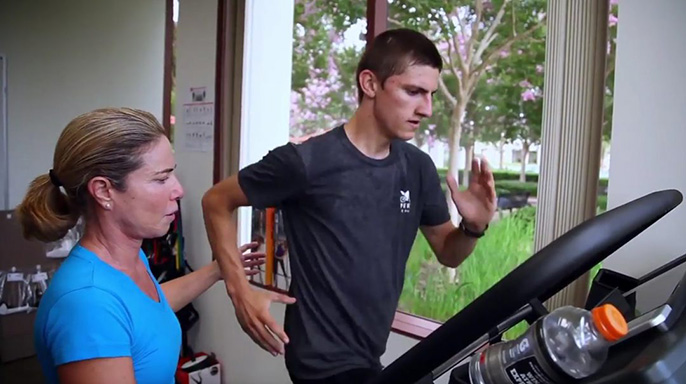 We know that exercise is good for you. But why, and how?

UC Irvine and UC Davis researchers will help investigate as part of a six-year, $170 million nationwide project to dig deep into the molecular changes that come from physical activity and how they influence health.

The National Institutes of Health today (Dec. 13) announced the first awards for the Molecular Transducers of Physical Activity in Humans (MoTrPAC) program. The 19 grants will support researchers across the country to collect samples from people of different races, ethnic groups, sexes, ages and fitness levels, with UC Irvine receiving $4.5 million and UC Davis receiving $2.3 million.

“We have long understood that exercising is beneficial to our overall health, but don’t fully understand the impact of exercise at the molecular level,” said NIH Director Francis S. Collins. “The development of a so-called molecular map of circulating signals produced by physical activity will allow us to discover, at a fundamental level, how physical activity affects our health. This knowledge should allow researchers and doctors to develop individually targeted exercise recommendations and better help those who are unable to exercise.”

Enhancing health across the lifespan

UC Irvine pediatric researchers will lead an effort to study the molecular changes that occur in the body in response to exercise training in order to advance our understanding of how physical activity improves and preserves health in children.

Shlomit Radom-Aizik, executive director of the UC Irvine Pediatric Exercise & Genomics Research Center, and Dr. Dan Cooper, PERC’s founding director, will head a clinical center in the MoTrPAC program, which is the largest targeted NIH investment of funds into identifying the mechanisms behind exercise’s ability to enhance health and prevent disease.

“For years, we have known that exercise is important for a healthy, developing body, but we haven’t fully understood the biochemical mechanisms responsible for this,” said Cooper, who is also associate vice chancellor for clinical and translational science and director of the UC Irvine Institute for Clinical & Translational Science. “This program – which will include clinical centers, analysis sites, preclinical animal study sites and a bioinformatics center – will provide the most detailed information yet that can allow us to ‘prescribe’ the best form and amount of exercise most beneficial to each child. The new discoveries from MoTrPAC can then be used to improve how we use exercise to benefit children and adults with chronic diseases or conditions, including cancer, lung ailments and heart failure.”

In their study, PERC researchers will partner with the Orange County Department of Education to enroll as many as 360 children between the ages of 11 and 17. They will be evaluated for their fitness and body composition, and one group will be put on a supervised resistance and aerobic training regimen. Blood samples will be taken before and after an intense bout of exercise and again an hour later. These specimens will then be sent to analysis sites where blood proteins, metabolites, and white blood cell genomic and epigenetic responses will be examined to see what changes occurred.

Cooper said the results of these analyses will be translated into proposed personalized exercise “prescriptions” to foster optimal well-being.

Scientists and clinicians increasingly recognize that physical activity early in life is an essential component of health, growth and development, and there are critical periods when exercise can lead to long-term health benefits. When the PERC findings are combined with data from six other clinical centers focusing on adults, researchers should be able to identify the mechanisms through which physical activity in childhood can enhance health across the lifespan.

“The 11-to-17 age range is one of the most significant growth and development periods in a human life,” Radom-Aizik said. “Proper exercise triggers biochemical mechanisms that activate anti-inflammatory cells and important growth factors. These responses may help prevent heart and vascular disease and aid in the mineralization of growing bones, which can delay osteoporosis in middle and old age. Understanding the molecular mechanisms of exercise can also open the door to understanding the positive influence of physical activity on immune diseases such as asthma and arthritis, which are prevalent in obese children.”

The UC Davis effort is being led by two professors in the College of Biological Sciences, Sue Bodine and Keith Baar.

The UC Davis researchers will run one of three centers using rats as a model to understand exercise physiology. Working in tandem with the clinical centers, the animal model will allow researchers to more fully explore the effects of exercise on organs and body systems.

Understanding the role of exercise in health is increasingly important as our lives become more sedentary, Bodine said.

“The general population is inactive, and it’s getting worse,” she said. Your doctor might recommend that you take up exercise or become more active, but physicians aren’t trained in how to prescribe different types of exercise for different needs. Exercise is known to affect mood and cognition as well as physical attributes such as heart health and muscle strength, but the mechanisms are largely unknown.

“Nobody would question that exercise is good for you,” Bodine said. “What we don’t understand is, what are the signals and pathways that lead from exercise to improved health.”

Among the questions the consortium hopes to answer are how different kinds of exercise, such as endurance exercises like running or resistance exercise such as weightlifting, affect health, and how the effects of exercise change over our lifespan.

“When we think about exercise, we think about muscle, heart and lungs, but we also know that exercise has effects on the brain, on cognition, on cancer prevention,” Bodine said. “How does exercise do these things?”

Financial support for the MoTrPAC program comes from the NIH’s Common Fund – a special resource under the authority of the NIH director for research that involves a wide range of scientific disciplines and clinical impact.