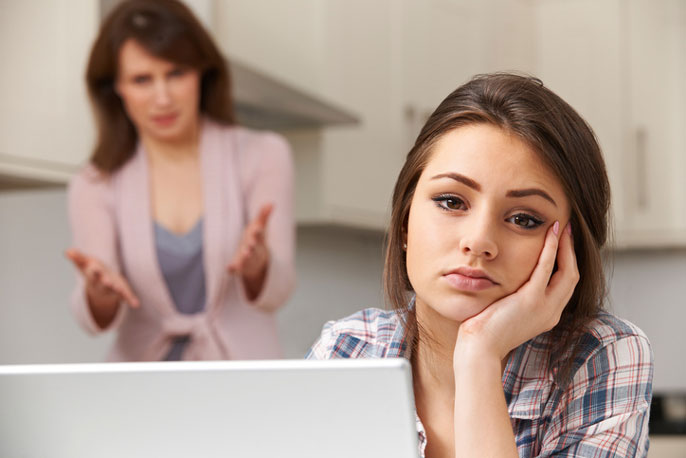 Sound familiar? Perhaps you’re a parent with a teenager at home who partakes in “problem behaviors.” Researchers at the University of California, Riverside, may be able to help.

In a new study, published in, Journal of Youth and Adolescence, Misaki Natsuaki, psychology professor at the University of California, Riverside, and Laura Dimler, a graduate student in psychology at UC Riverside, found that when teens viewed their parents’ parenting tactics more negatively than parents did, they showed elevated levels of aggressive behaviors.

“Most, if not all, parents agree that they and their teenage children hold different views about how parenting is going at home,” Natsuaki said. “In some cases, teens perceive parenting to be harsher than how their parents intend to – in other cases, teens perceive parenting to be more lenient than how parents intend to. With this study, it’s become clear that both the teens’ and parents’ views of how parents manage their teens’ difficult behaviors were uniquely important in predicting teenage problem behaviors.”

The researchers of the study, called “Parenting Effects are in the Eye of the Beholder: Parent-Adolescent Differences in Perceptions Affects Adolescent Problem Behaviors,” focused on how parents manage their teenagers’ challenging behaviors (e.g., anger) and examined teen-parent discrepancies in views about those behaviors. Using data from 220 families, the researchers found that, when teens viewed parenting more negatively than parents did, they showed more elevated levels of problem behaviors, such as aggression.

“This effect of teen-parent discrepancies in perceptions of parenting behaviors was above and beyond how negatively the adolescent and parent each felt about the parenting,” Natsuaki said. “Therefore, nuanced characteristics of the family, such as who holds more negative views than whom and how much the differences in views exists within the relationship, contribute to teens’ problem behaviors.”

“Fathers are relatively understudied compared to mothers, but our findings show that the father-teen relationship is a unique one, and has the potential to exacerbate or hinder the teens’ problem behavior, including aggressive behavior,” Natsuaki said.